BTC maximalism is a flawed doctrine, fallacious in numerous respects.

First, if you’d prefer to hear these arguments in audio, check out this recent episode of ABNP, where @mrpseu & I discused these same topics.

Also, a qualifier: I’m not capable of making, defending or refuting technical arguments. I’ll leave that aspect of the debate to others. My concerns with BTC maximalism are entirely economic and can be divided into four areas.

In order to understand the concept of saleability, consider the following example.

Imagine a barter economy, where commodities are directly exchanged one for another.

Alice is in possession of telescopes and wishes to trade one of them for some of the wheat that Bob has been growing on his farm. 1 telescope for 1 lb. of wheat seems like a fair deal, so Bob accepts the offer.

Next month Alice returns with another telescope seeking a repeat of the same trade. What should Bob do? He already has a perfectly good telescope, and certainly doesn’t need two.

Bob politely informs Alice that although he has no utility for a telescope, he could use a pair of shoes. Alice takes her wares to the local shoe shop and is politely denied by the cobbler who himself is in need of a plow – not astronomical instruments. Somewhat frustrated, she makes her way to the blacksmith who accepts the offer: 1 telescope for 1 plow. The plow can in turn be traded for the shoes, and the shoes in exchange for the wheat.

While leaving Bob’s grain farm, Alice notices that she isn’t the only one present hoping to trade for wheat. In fact, she notices much more economic activity on Bob’s wheat farm than in her telescope factory. This is because grain is a much more saleable, or marketable commodity.

Realizing everyone is willing to trade for wheat, Alice decides it’d be prudent to keep some additional wheat in reserve, beyond the amount she can personally consume. This way she can avoid the hassle of making a series of exchanges. Notice that the demand to hold a commodity in reserve is dependent upon its ability to function as a medium of exchange. In other words, if market participants are unwilling to use it as exchange media, there’s no reason for Alice to hold it in reserves in the first place. “The functions of money as a transmitter of value thru time & space may be directly traced back to its function as a medium of exchange.” -LvM

A unified monetary system, given enough time will tend to prefer one or, at most, a very small number of commodities as media of exchange.

The greater the marketability of the goods first acquired in indirect exchange, the greater would be the prospect of being able to reach the ultimate objective without further maneuvering. Thus there would be an inevitable tendency for the less marketable of the series of goods used as media of exchange to be one by one rejected until at last only a single commodity remained, which was universally employed as a medium of exchange; in a word, money.

The question then becomes: what determines saleability?

Thankfully, Carl Menger gave us a very specific list of criteria to consider when evaluating the saleability of commodities through space, and also thru time. While I recommend everyone read Menger’s criteria for themselves here, for our purposes I’ve selected only the aspects which I believe constrain BTC’s chances of becoming money.

First, according to Menger, one aspect of spatial saleability is “the cost of transport incurred in proportion to its value.” If the cost of moving a digital commodity (aka transaction fee) is greater for Coin A than it is for Coin B, then in respect to this aspect of saleability – Coin B has the advantage. Being notorious for high transaction fees, BTC is at best, lackluster in this regard. Remember, only the most saleable commodity can become money.

Perhaps lightning will alleviate this, perhaps not. In the meantime, there are undeniably a host of digital commodities which already function efficiently in this regard.

Secondly, with respect to the temporal limits of saleability, of particular concern are “the restrictions imposed politically & socially on their being transferred from one period of time to another.” Thus, if states decide to prohibit, or merely threaten to prohibit the possession of cryptocurrencies, they can seriously damage their marketability. Therefore, as states like India, China & the US begin to crackdown, we can expect to see a decrease in the saleability of pseudonymous chains relative to anonymous chains.

Finally, as we’ve seen, saleability is a dynamic and not a static concept. It’s subject to change based on uncontrollable factors such as the behavior of third parties, like states. There is no way for maximalists to know whether or not BTC will satisfy market conditions, if those conditions don’t exist yet. For more on the Hayekian objections to BTC maximalism, check out this episode of The Agora with Jeffrey Tucker.

On page 5 of The Bitcoin Standard, Saifedean Ammous says that the stock-to-flow ratio is a reliable indicator of a money’s hardness. However, stock-to-flow is only a measure of the relative abundance or scarcity of a given commodity – and scarcity, is but one element of soundness. By no means is it the only or exclusive component of sound money.

Sound money is indeed scarce. But it’s also homogeneous, divisible, durable & crucially, portable. In the context of sound money, portability refers to a commodity’s value-to-weight ratio. Gold is more portable than iron because if you wanted to purchase a car, you’d only need a pocketful of coins rather than a wagon full of iron. In other words, transporting gold requires less resources than transporting iron. Similarly, due to higher transaction fees, transporting BTC requires more resources than other cryptocurrencies.

Therefore, not only is BTC less saleable, but it’s also less sound.

The maximalist claim that BTC satisfies the use-value requirement of regression theorem by being a store of value is particularly simple to refute. This is mainly due to the fact that Menger & Mises expressly attacked the claim that money’s primary function could be its role as a store of value.

As they explain in great detail, all functions of money are secondary to its ability to function as a medium of exchange. Recall from our previous example that Alice only decided to use wheat as a store of value upon realizing its usefulness as a medium of exchange. This of course is only logical. Indeed, the reason most individuals continue to use fiat as a SoV and not gold – despite the latter’s better performance in this regard – is to ensure their funds are readily accessible in case they have to suddenly be exchanged for goods or services.

As Menger explains in Principles of Economics:

The portion of his wealth that an economizing individual intends to use for purchasing consumption goods attains that form in which he may, at any time, satisfy his needs in the most certain and most rapid manner if it is first exchanged for money.

…it appears to me to be just as certain that the functions of being a “measure of value” and a “store of value” must not be attributed to money as such, since these functions are of a merely accidental nature and are not an essential part of the concept of money.

Chapter 1 of Mises’ later work, Theory of Money and Credit, devoted an entire section to the “Secondary Functions” of money, which included value storage. In fact, Mises’ tone towards those who mistook these secondary functions of money for it’s primary purpose was borderline mockery – and is frankly as appropriate today, as it was when it was written in 1912.

After Menger’s review of the question, further discussion of the connection between the secondary functions of money and its basic function should be unnecessary. Nevertheless, certain tendencies in recent literature on money make it appear advisable to examine briefly these secondary functions – some of them are coordinated with the basic function by many writers – and to show once more that all of them can be deduced from the function of money as common medium of exchange.

So, if Bitcoin’s primary utility cannot logically be value storage then what is its use-value? Bitcoin’s initial utility was the enabling of p2p transactions without the need for third party intermediaries. In other words, to bank the unbanked.

Prior to the advent of Bitcoin, if my friend and TNL contributor, Alex Utopium (Norway), and I (NYC) wished to conduct a transaction, we’d need a third party, such as VISA, or a bank, to verify that one of us had sent the funds & also that the other had received them. Naturally, this systematic centralization became a magnet for political parasites to infiltrate the financial sovereignty of individuals. Satoshi’s white paper changed this forever. Ever since and forever more, any two people, anywhere in the world, can transact without statists prying into their affairs.

For a real world example, look no further than the agorist hero, Ross Ulbricht. Inspired by the late J. Neil Schulman’s Alongside Night, Ross created the first truly free and uncensored market humanity has ever known. Without a p2p currency, the Silk Road would have never been possible, but with it, buyers & sellers were able to transact without worrying about third party censorship.

This is the utility of Bitcoin.

In conclusion, based on the Austrian criteria for saleability, BTC has two weaknesses. First, its marketability through space is limited by transaction fees. Also, the pseudonymous nature of BTC leaves the chain vulnerable to state interference and limits its temporal saleability relative to anonymous chains. Secondly, transporting BTC currently requires more resources than a host of other digital commodities, making it less portable, and thus, less sound. Finally, the maximalist claim that BTC satisfies the utility requirement of regression theorem as a means of value storage suffers from circularity. Value storage is a secondary function of money dependent on it’s ability to serve its primary function as exchange media.

Do you agree or disagree? Share your thoughts in the comments below!

Visit Sal Mayweather at his site where this article first appeared. Follow him on Twitter and listen to his podcast The Agora here. 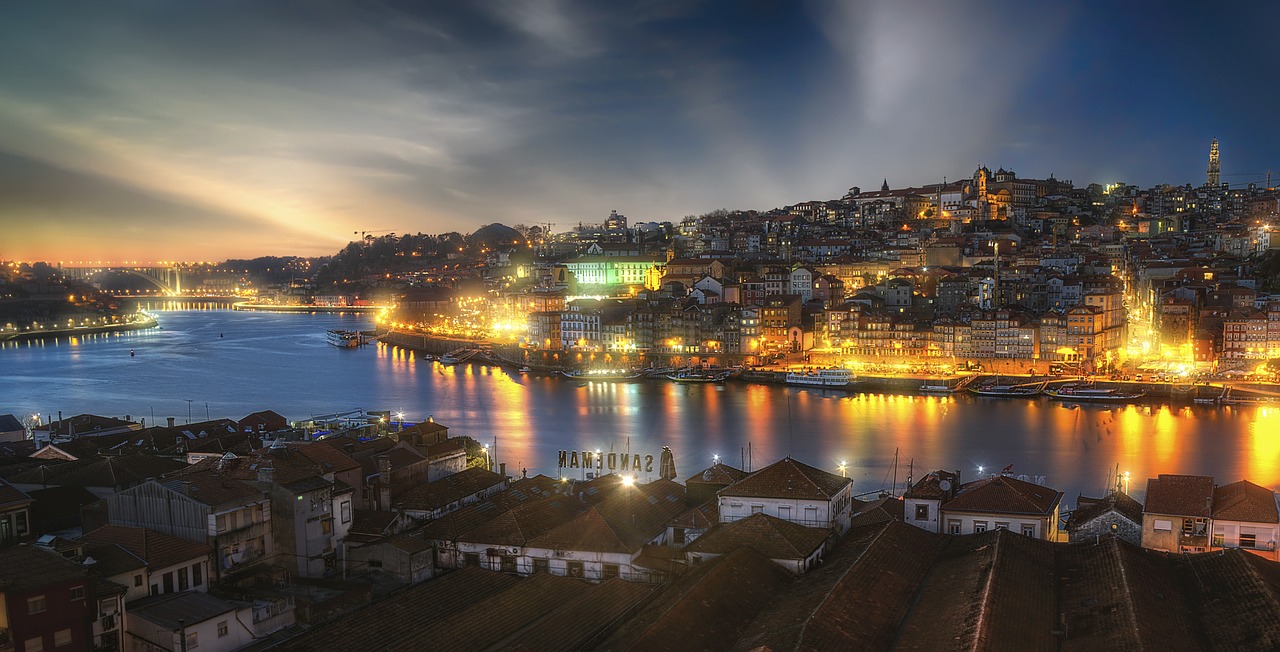 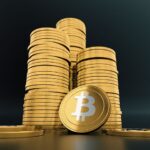