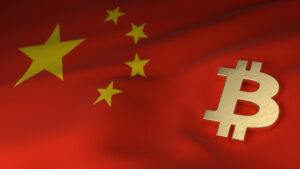 China’s Ministry of Industry and Information Technology has launched the Trusted Blockchain Open Lab to further developments in the blockchain industry that aren’t involved with cryptocurrency trading or ICOs. The country also stated a restricted travel ban for executives of cryptocurrency exchange companies, barring them from leaving the country under penalty of law.

The move comes after the People’s Bank of China (PBoC) banned ICOs (initial coin offerings), i.e., fundraising, as well as demanding that exchanges cease and desist their operations, freezing the domestic trade of cryptocurrency, giving the exchanges in the country until October 31st to close.

The newly proposed lab is operated under the China Academy of Information and Communications Technology (CAICT), a research institution within the Ministry. The CAICT is also building a platform for developers on which blockchain firms can cooperate in exploring different applications of the technology according to the China Economic Review.

The creation of the lab shows that the Chinese government sees no conflict between the recent crackdown on ICOs and cryptocurrency trading and the exploration of blockchain technology. Sun Guofeng, the Director of the Institute of Finance of the PBoC, explained that the ban, “should not prevent relevant financial technology companies, industry bodies and other technology firms from continuing their research into blockchain technology.” He also stated that financial technology (FinTech) firms stand to benefit from exploring a wide range of blockchain applications aside from cryptocurrency, but that the degree of abuse and criminal activity in the industry makes government supervision necessary.

Meanwhile, China has issued legal notices to Chinese Bitcoin exchanges executives forbidding them from leaving the country according to media reports.

A rough translation from a story published by China’s Bjnews states that “a number of informed sources say the executives of special currency trading platforms are not allowed to leave Beijing to cooperate with the investigation. In accordance with regulatory requirements, trading platform shareholders, the actual controller, executives and financial executives need to fully cooperate with the relevant work in the clean-up period in Beijing.”

The alleged travel ban was also echoed by Australia’s Financial Review (AFR), who stated that an anonymous source close to major cryptocurrency exchange Huobi told AFR that Huobi’s founder, Li Lin, must “report to the authorities and cooperate with their work at any time” requiring that Li Lin must remain in China while investigations go on.

The exchange ban has subsequently caused Chinese cryptocurrency traders to find alternative riskier methods to trade using black market OTC (over the counter) trading set up through encrypted app Telegram. Many speculate from an unverified document that China may be planning to ban Bitcoin transactions throughout the country altogether.

It’s been a rocky roller coaster ride for cryptocurrencies for the month of September with China steering the markets. Currently BTC is trading at [FIAT $3880.05] down -1.30%, according to Coin Market Cap at the time of this report.