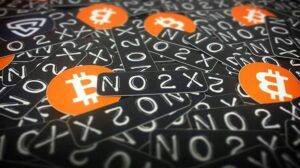 Yesterday, Bitgo CEO, Mike Belshe, published a blog post stating that the planned Segwit2x hard fork will not be taking place due to lack of community support. The markets responded with the price quickly setting a new all-time high of approximately [FIAT: $7,900] and then crashing to a low of  [FIAT: $7,355.20] according to Coin Market Cap.

Belshe indicated that the contentious Segwit2x hard fork scheduled for this month will not occur due to a lack of community support.

“Although we strongly believe in the need for a larger blocksize, there is something we believe is even more important: keeping the community together,” Belshe wrote. “Unfortunately, it is clear that we have not built sufficient consensus for a clean blocksize upgrade at this time. Continuing on the current path could divide the community and be a setback to Bitcoin’s growth.”

“The Segwit2x effort began in May with a simple purpose: to increase the blocksize and improve Bitcoin scalability. At the time, the Bitcoin community was in crisis after nearly 3 years of heavy debate, and consensus for Segwit seemed like a distant mirage with only 30% support among miners.”

Belshe adds that “Segwit2x found its first success in August, as it broke the deadlock and quickly led to Segwit’s successful activation,” Belshe wrote.

Belshe states “our goal has always been a smooth upgrade for Bitcoin. Although we strongly believe in the need for a larger blocksize, there is something we believe is even more important: keeping the community together.” Belshe concedes “it is clear that we have not built sufficient consensus for a clean blocksize upgrade at this time. Continuing on the current path could divide the community and be a setback to Bitcoin’s growth. This was never the goal of Segwit2x.”

Belshe predicts that “as fees rise on the blockchain, we believe it will eventually become obvious that on-chain capacity increases are necessary. When that happens, we hope the community will come together and find a solution, possibly with a blocksize increase. Until then, we are suspending our plans for the upcoming 2MB upgrade.”

Segwit2x opponents immediately began to celebrate the news on social media channels. “Common sense prevails,” Litecoin creator and outspoken Segwit2x opponent Charlie Lee tweeted. “Let’s now work together towards scaling safely”. He added that on-chain scaling may be necessary in the future but that a hard fork should not be activated without broad consensus.

Segwit2x hardfork has been called off! Common sense prevails. Let’s now work together towards scaling safely. We may need something like a 2x hardfork in the future, but let’s do it when there’s consensus and not rushed. ????

Dogecoin creator Jackson Palmer said that the move was only “delaying the inevitable,” arguing that the high transaction fees on Bitcoin are still a problem, adding that Bitcoin scaling another known issue “is far from solved.”

Nobody is actually using #Bitcoin as a currency though, so I guess they are happy to ignore these facts… ????‍♀️

Because of these events, this means that when Bitcoin Cash forks with an upgrade later this month it has the chance to overtake the original Bitcoin and reign supreme. Plus, it has Satoshi’s original vision without SegWit with 8MB blocks to do it. For more on that see Coinivore’s in-depth analysis of Bitcoin Cash v.s. Bitcoin and why we think that Bitcoin Cash will take over and become the original Bitcoin in what we are deeming the “flippening.” In that scenario, we would see miners and users adapt Bitcoin Cash as the Satoshi Nakamoto original version of Bitcoin.

U.S. Treasury Secretary: “We are Looking Very Carefully and Will Continue to Look at Bitcoin" 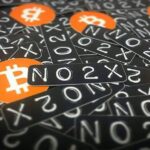