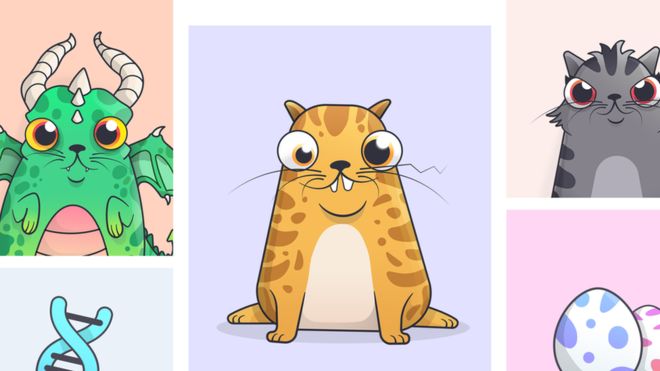 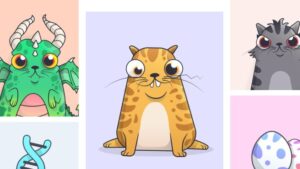 A new craze is taking the Internet by storm. Cryptokitties is an Ethereum-based digital kitten breeding ground with collectibles and a marketplace, the DApp has surpassed major decentralized cryptocurrency exchange EtherDelta to become the largest decentralized application on the Ethereum blockchain by gas consumption alone.

CryptoKitties lets players buy, sell and breed the cats with a value placed on each cat’s cattributes to make rare cats and common cats. A list of the cattributes can be seen here at the CryptoKittyDex.

This has caused slowdowns of the Ethereum network exposing its scalability issues as a result. Ethereum’s founder Vitalik Buterin has admitted on multiple occasions that something has to be done to improve scaling. Ethereum’s development team is already working on solutions to improve scalability, but they’re still ways off from fixing the problems.

Subsequently, after the issues CryptoKitties announced that it was increasing the birthing fee on the platform from 0.001 to 0.002 ETH roughly [FIAT: $9.00.]

“Due to network congestion, we are increasing the birthing fee from 0.001 ETH to 0.002 ETH. This will ensure your kittens are born on time! The extra is needed to incentivize miners to add birthing txs to the chain. Long-term solution will be explored very soon,” CryptoKitties tweeted.

Players of the first ETH-based game are spending thousands of dollars worth of Ether on digital cats as shown by Crypto Kitty Sales, three of the rarest and expensive digital kittens on CryptoKitties were sold for – [FIAT: $114,573, $81,549, and $69,600]

So how does CryptoKitties work?

Once you have two cats that aren’t related, (no inbreeding cats) you can sire them out (breed) them together to birth a new cat depending on the generation and the cattributes your offspring will be birthed in the “oven.” Which sounds like a really bad way to market this game but it is what it is. Don’t put your cats in the oven folks.

After that, you can sell the offspring or you can breed them with another Cryptocat on the “Sirring” list or buy another Cryptokitty and breed.

“The future is exciting. And we believe that Blockchain is the future—but Blockchain is about as approachable as a bunch of ones and zeroes. We want a future for everyone, not one exclusive to Bitcoin miners, VCs, ICOs, and other equally fun acronyms,” the CryptoKitties team said.

Although these scalability problems aim to be solved within the next few years this is a further reminder that Ethereum has a long way to go until it can become the world’s decentralized computer. What do you think of CryptoKitties, is it just a craze or does this stand to become a popular game or hit like Beanie Babies, Furbys or any trading card game? I think we’re just scratching the surface (pun intended) of what can be done with cryptocurrency and decentralized applications.

IRS Forces Coinbase To Hand Over 13,000 Customers Just In Time For Tax Season