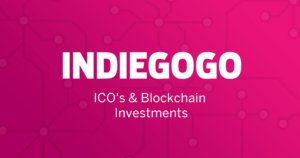 Crowdfunding giant Indiegogo plans to help initial coin offerings (ICOs) break into the mainstream as the U.S. Securities and Exchange Commission (SEC) is ramping up its oversight of the ICO arena.

Announced on Tuesday, Indiegogo’s new ICO investment platform will introduce ICOs who choose to set up a crowdfunding campaign with thousands upon thousands of potential investors allowing the ICO hype market to go mainstream.

“ICOs are a profoundly important and exciting new means of Crowdfunding,” said Slava Rubin, Indiegogo founder and chief business officer. “But what has been missing to date is a platform that can make ICOs accessible to a global audience, while maintaining the strictest standards for legal compliance and quality control. This is a big step towards achieving our mission of democratizing finance around the world.”

The kickstarting platform will support both utility and security tokens, and it will help startups comply with SEC regulations governing securities offerings. The website will operate under a provision in the 2012 JOBS Act, non-accredited investors will be able to invest up to $10,000 in each ICO — even those registered as securities — although there will be restrictions set in place and each company will be limited to $1 million in contributions from this class of investors.

ICO investors will be able to contribute using both fiat and cryptocurrencies, eliminating a barrier to entry that prevented many non-cryptocurrency holders from entering token sales.

Additionally, investors can rest at ease knowing Indiegogo and its partners will vet ICO projects before they list them on the platform, helping protect investors from scams that currently flood the ICO market space.

The first project that is going to utilize the crowdfunding platform is the Fan-Controlled Football League (FCFL), a start-up that plans to create a football league in which fans take an active role in managing the teams using the tokens. This participation will range from making play calls to front-office decisions, and fans will earn voting rights by purchasing FAN tokens.

But while the Indiegogo ICO platform will likely help token sales further penetrate the mainstream, the service also represents a notable growth opportunity for the company. Over the course of its ten-year history, Indiegogo has helped numerous startups raise more than $1 billion to start their businesses. While ICOs this year alone have raised a whopping $3.6 billion dollars in 2017 according to one estimate. 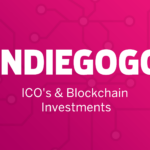