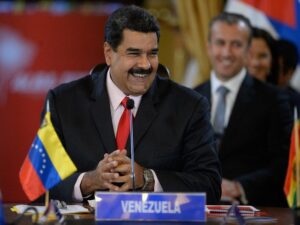 One day after Venezuela’s proposed oil-backed cryptocurrency was declared illegal, the government of President Nicolas Maduro has announced plans to pre-mine the fiat cryptocurrency known as the Petro, with a plan to launch in just 6 weeks.

The Venezuelan Superintendent of Cryptocurrencies and Related Activities, Carlos Vargas, announced during a Venezolana de Televisión broadcast on Wednesday, as reported by El Universal:

“The petro will not be minable but [will be] pre-mined, that is, the complete emission will be under the control of the country. In addition, it will be assigned with a procedure similar to that of an auction.”

“In a period of a month and a half, the sale of the Petro cryptocurrency will take place” and people will be able to create their digital wallets, the superintendent added.

Vargas further explained, “We will have a cryptocurrency whose verification and use in all exchange houses…will be supported under a widely known platform, which will allow the petro to be marketed anywhere in the world without major restrictions.”

Vargas failed to mention what the base blockchain of the fiat cryptocurrency would be. However, on the Venezuelan Ministry of Communications website, there is an image of Ethereum tokens with the word “petro” in its file name, a Reddit user pointed out.

The Petro is “to combat what the leftist leader says is a financial ‘blockade’ against the crisis-hit nation spurred by U.S. Sanctions,” as Coinivore previously reported.

Which will be the first country to make the plunge into the Financial Technology and a new economic system for their citizens? Is it too late with over 1427 cryptocurrencies to choose from for governments to play catch up?

Bitcoin is currently trading at [FIAT: $14,287.80] according to Coin Market Cap at the time of this report.

How a Bitcoin System is Like and Unlike a Gold Standard 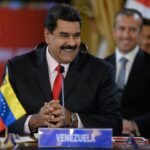