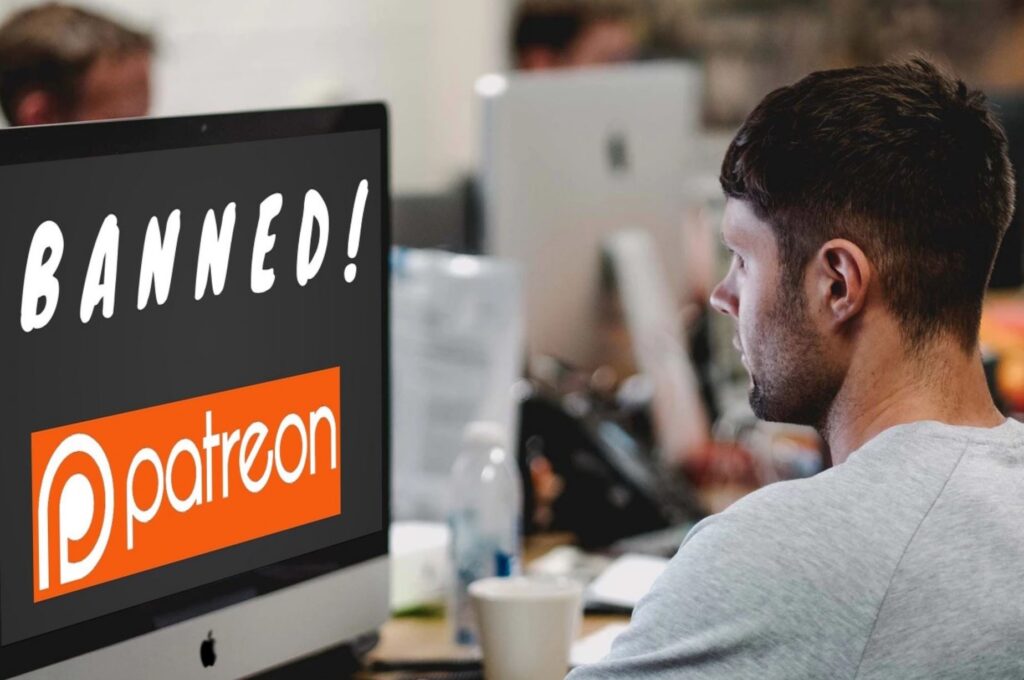 A fresh wound has opened in the culture war, and this time money is the blade. In recent days, a number of prominent YouTubers and other content creators have abandoned the crowdfunding platform Patreon in protest at the deplatforming of “Sargon of Akkad” aka Carl Benjamin. Benjamin, who has over 800,000 subscribers and debunks social justice talking points, was removed from the crowdfunding site without warning, erasing his primary source of income overnight.

Also read: Hit by Sanctions, Iranian Students in the UK Use Bitcoin to Bypass Banks

Patreon Is Making the Case for Uncensorable Payment Protocols

In a video titled You Cannot Trust Patreon, Benjamin states “This is not new for Patreon – this is clearly part of a political campaign to deplatform opponents of political correctness.” His claim was seemingly strengthened by the fact that days earlier, political provocateur and former Breitbart editor Milo Yiannopoulos was also banned for “association with or supporting hate groups.”

There is now increasing concern among content creators and subscribers that Patreon, along with payment processors such as PayPal and Stripe, may be applying their rules selectively as a means of political coercion. As ordinary users abandon these services in increasing numbers, the financial collateral damage continues to spread.

Sleeping Giants, a prominent group leading the fight to deprive conservative creators of their income, describe themselves as “A campaign to make bigotry and sexism less profitable.” Using their verified Twitter account, the campaigners put pressure on social media platforms and payment providers while rallying against foes whose opinions they don’t share.

Given the success that such “woke” activists are having, they are unlikely to cease their activities any time soon. Following the growing exodus from Patreon, a number of content creators switched to the alternative platform Subscribestar, which vowed not to bend to mob rule. Shortly after, however, Subscribestar was crippled by the announcement that it could no longer offer PayPal to its user base at the payment processor’s insistence.

The general attitude of the emboldened vigilante justice warriors was summed up in the tweet of one Twitter user who opined:

With the lines defining what is and is not acceptable arbitrary and apparently as open to interpretation as Patreon’s own terms of service, anyone who creates content online may be justified in feeling concern. Among the growing voices of protestors and outspoken critics are psychologist Jordan B. Peterson, journalist Dave Rubin, who now accepts bitcoin, and the neuroscientist and prominent atheist Sam Harris. Until today, Harris had the number 13 podcast on Patreon and was estimated to make $20,000 plus per episode from the site.

In The War Against Free Speech, Bitcoin Offers Salvation

If it’s censorship-resistant payment protocols that content creators are seeking, there is only one alternative that can be relied on to resist pressure from governments, merchants and internet agitators, because its very design prevents it from being controlled. As free speech network Gab put it:

Silicon Valley giants can’t stop bitcoin. They can’t censor it. They can’t no-platform us from processing payments with it. Our job now is to make it easy to purchase and use. With some education and time we can and will make that happen.

Silicon Valley giants can’t stop Bitcoin. They can’t censor it. They can’t no-platform it or bar it for falling foul of the prevailing ideology du jour. Through censorship and suppression, Bitcoin’s very competitors – Patreon, PayPal and their fiat-related cousins – are strengthening the case for cryptocurrency. With each ousted content creator, the case for censorship-resistant money grows stronger.

Why do you think social media platforms and payment providers have begun policing free speech so aggressively? And do you think this censorship is good for Bitcoin adoption? Let us know in the comments section below.