The partnership will see the two companies working together to utilize a custom version of the OpenSea backend to power a peer-to-peer (P2P) marketplace for tokenized cosmetic items inside the Ember Sword game. The marketplace will be designed with user-friendliness in mind to cater to mainstream gamers who have no knowledge about blockchain technology and cryptocurrencies.

Ember Sword is a MMORPG powered by the Ethereum blockchain where players acquire tokenized cosmetics through gameplay which they can trade and sell for PIXEL. Those who invest in land to become landowners evolve the world by placing resources, monsters, NPCs etc., and can turn a profit by creating services and experiences, like vendor marketplaces where other players buy in-game purchases, access auctions, and more. 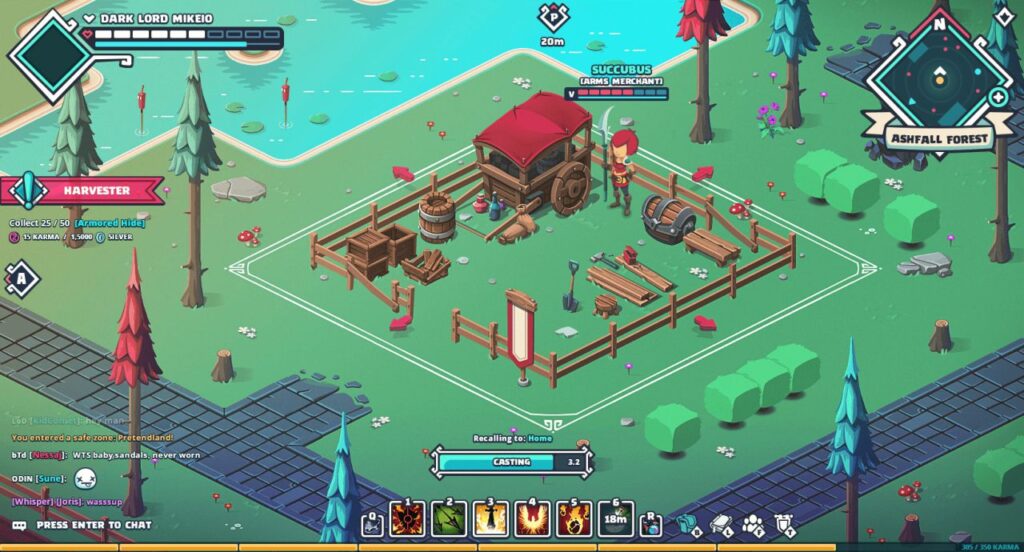 The new marketplace will allow players to freely trade their in-game landownership tokens and cosmetic items, like skins and emotes at ease using Ember Sword’s cryptocurrency the PIXEL token, a fungible ERC-20 token.

“Players trade game cosmetics, skins, and accounts for billions of dollars every year on illegal and insecure black markets already, but in Ember Sword, these items can be traded legally within the game’s secure ecosystem,” said Mark Laursen, CEO of So Couch Studios.

“OpenSea is poised to become the leading marketplace for the user-owned digital collectibles that are at the backbone of the next revolution in free to play monetization, and we’re thrilled to partner with their talented team to create the best possible experience for our players,” said Laursen. “With OpenSea, we avoid having to build a marketplace from the ground up, including testing and deploying the marketplace smart-contracts.”

Cosmetics in Ember Sword all have a unique item history, exist in a finite supply, and are rewarded to players through in-game activities and competitions, turning each item into a true digital collectible.

Y-Combinator backed OpenSea is a P2P marketplace for blockchain-based assets including collectibles and gaming items. It claims to be the largest general marketplace for user-owned digital items with the broadest set of categories and the most items. Since its beta launch in December 2017, OpenSea has had over 5,000 ETH worth of transactions.

Crypto collectibles and non-fungible tokens (NFTs) made their way into mainstream news when CryptoKitties went rival in 2017 and subsequently raised a US$12 million investment last year. NFT is a special type of cryptographic token which represents something unique. These tokens are used to create verifiable digital scarcity and in specific applications that require unique digital items like crypto-collectibles and crypto-gaming.

Popular blockchain games including CryptoKitties but also CryptoPunks and Decentraland uses the Ethereum ERC-721 protocol for their NFTs.

Next week, the NFT NYC event will bring together over 50 speakers that will explore the non-fungible blockchain ecosystem and how unique digital assets on the blockchain will transform gaming, licensing, art and finance.

Partners and sponsors of the event include EY, Perkins Coie, CryptoKitties and OpenSea.

This article was sourced from Coin Journal.