Cryptocurrencies Are Here to Stay 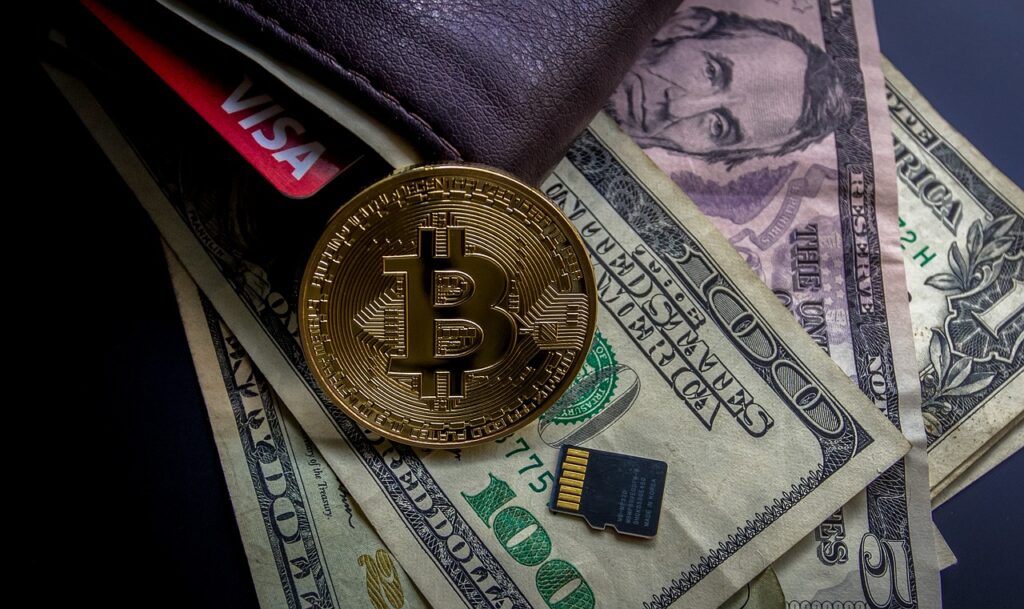 Is Bitcoin doomed to failure? It is not hard to find commentary on the internet indicating that Bitcoin is bound to fail. The authors invariably point to aspects of Bitcoin’s implementation today and argue that the current state is not consistent with success.

It is hard to foresee Bitcoin’s future. Ken Olsen said that “there is no reason for any individual to have a computer in his home” in 1977. It is easy to square that statement with computers of the day. Few would have found it worthwhile to have a computer in a dedicated computer room at a controlled temperature of about 65 degrees with backup power to avoid catastrophic damage. The statement is ridiculous in light of the computers in many people’s pockets today. A Samsung S8 is over 20 times more powerful than supercomputers of that day.

Many aspects of Bitcoin and cryptocurrencies more generally are likely to change in the coming decades. There is no reason to think that innovation in cryptocurrencies stopped with the creation of Bitcoin. There are issues. But it is not a large stretch of imagination to imagine some or all of them will be resolved in various ways.

It is fair to say that cryptocurrencies are not obviously likely to replace, for example, the dollar used in transactions in the United States given reasonably good monetary policy, a point made by Will Luther, for example. There is no obvious gain to people in the United States from changing to a different currency to buy groceries. A currency has to have problems such as hyperinflation in Venezuela for cryptocurrencies to become viable for use on a regular basis. Cryptocurrencies also are a good way to circumvent capital controls.

That said, it also is true that the current incarnation of Bitcoin has issues if it is to become a currency in common use anywhere. “Scalability” is a term that summarizes many of these issues. The number of separate transactions on Bitcoin’s blockchain is quite limited. The maximum number of Bitcoin transactions is currently capped at about 400,000 per day. This is trivial compared to the number of transactions that Visa processes, about 150,000,000 per day.

Both of these things are problems remaining to be solved.

While increasing the size of blocks in the blockchain would be one way to solve the problem of the number of transactions, that would create a massive blockchain copied by millions of users, which would require a huge amount of storage space given current technology. Maybe digital storage space will continue to dramatically fall in price. Maybe transactions will occur on sidechains off the main blockchain. Maybe transactions will occur in institutions similar to today’s cryptocurrency exchanges. These exchanges already have far more trades than cryptocurrency blockchains. Maybe something else will arise. We don’t know today what solutions entrepreneurs will come up with. If we did, they would exist now.

Electricity use requires a different solution. Mining — the proof of work used in Bitcoin — is a way to reach consensus on the state of the blockchain. New mechanisms for resolving issues such as this arise frequently. For example, new auctions have been designed to divvy up the spectrum for use by smartphones. One possible replacement known today for proof of work is proof of stake. Proof of stake is a method of reaching consensus based on the ownership of the asset, not the use of resources to win a contest. Innovations are quite likely.

Two recent articles claim that Bitcoin is doomed to fail because of other issues related to mining. Both are wrong.

One article by Atulya Sarin nicely lays out an argument for a death spiral, an argument that also can be found elsewhere. A lower price for Bitcoin lowers the return from mining, so miners suffer losses and stop mining. Eventually it does not pay to mine. The problem with this simple statement of the argument is that it is based on the total expenditure by miners including mining equipment. Some purchases of mining equipment that were profitable when the price of Bitcoin was above $10,000 would not be made today. But the payments for the equipment are sunk costs that cannot be avoided by no longer mining. If using the mining equipment generates revenue greater than the cost of running the equipment, it will be kept in use. This revenue may not cover the cost of the purchase, but that cannot be helped.

A better version of the argument made by Sarin is that changes in the difficulty of mining are made roughly every two weeks and are determined so that the previous blocks would have been found at the rate of one every 10 minutes. If the price of Bitcoin falls far enough, it may pay to withdraw from mining and wait for the difficulty to decrease. All miners might withdraw because the electricity cost of mining is greater than the value of the new bitcoins awarded. This argument ignores the transaction fees paid by holders of bitcoins, though, which would increase to compensate the smaller number of miners. Production of bitcoins might decrease, and validation of transactions might take longer in the short term, but mining will continue as long as there is a demand for transactions, in part because transactions fees can increase.

Another article, by Kevin Dowd, argues that there is a fundamental flaw in mining, namely that it is a natural monopoly. This recent article is a short summary of an argument made earlier, which I addressed in a blog post at the time. In short, bitcoin mining is a game that can be won or lost when there is competition. There is a risk of losing the race to create a new block. If there were only one miner, the game could only be won and there would be no risk. Therefore, a single miner or a big mining firm has an advantage because the larger the miner, the less risk of losing.

There is a disadvantage, though, to having a mining monopoly. A monopoly in a cryptocurrency would destroy or radically change the cryptocurrency because a major selling point of cryptocurrencies is the impersonal, somewhat anonymous aspect of transactions. Someone buying or selling a cryptocurrency need not trust anyone else involved in the transaction, including miners. If a monopolist was doing the mining, it would be very important to trust them. Requiring such trust would radically alter the basis of cryptocurrencies and possibly kill it. Everyone other than a possible monopolist has an incentive to avoid a mining monopoly even if the possible monopolist doesn’t see it that way. And miners do prefer not to obtain a monopoly, at least sometimes. Bitcoin mining firms have reduced their capacity when they have gotten too close to having a dominant share in mining. Even absent voluntarily limiting mining capacity and mining, there are other ways to limit miners from having too big a share of new blocks.

Recent developments in mining of Ethereum Classic illustrate how a miner’s share of the market can be limited. A version of the natural-monopoly problem short of a complete monopoly is called a “51 percent attack”: a miner has more computing power than the rest of the network and can alter the consensus achieved to create gains for himself at others’ expense. The cryptocurrency Ethereum Classic has had an actual 51 percent attack based on concentrated computing power in the hands of one miner. The short-term solution has been to increase the time to finalize transactions. One possible long-term solution is to alter the rules for accepting blocks. In short, innovations will occur to adapt to the problem and impose costs on miners who have too large a share of mining.

Sign up here to be notified of new articles from Gerald P. Dwyer and AIER.

Gerald P. Dwyer is a Professor and BB&T Scholar at Clemson University. From 1997 to 2012, he served as Director of the Center for Financial Innovation and Stability and Vice President at the Federal Reserve Bank of Atlanta. Dwyer’s research has appeared in leading economics and finance journals, as well as publications by the Federal Reserve Banks of Atlanta and St. Louis. He serves on the editorial boards of the Journal of Financial Stability, Economic Inquiry, and Finance Research Letters. He is a past President and member of the Executive Committee of the Association of Private Enterprise Education. He is also a founding member of the Society for Nonlinear Dynamics and Econometrics, an organization for which he served as President and Treasurer.