Ripple, Inc. was reportedly notified by the United States Security and Exchange Commission (SEC) on Monday, 21 December 2020, it, CEO Brad Garlinghouse, and co-founder Chris Larsen are to be subjects of a lawsuit involving the world’s third most valuable cryptocurrency by market capitalization, XRP.

Garlinghouse told The Wall Street Journal, “They’re wrong in matter of law and fact.” Referring to a report in Fortune on the coming SEC civil action, he tweeted that evening, ”Today, the SEC voted to attack crypto. Chairman Jay Clayton – in his final act – is picking winners and trying to limit US innovation in the crypto industry to BTC and ETH.”

Today, the SEC voted to attack crypto. Chairman Jay Clayton – in his final act – is picking winners and trying to limit US innovation in the crypto industry to BTC and ETH. (1/3) https://t.co/r9bgT9Pcuu

Clayton is indeed on his way out after beginning his tenure under the Trump administration back in early May of 2017, and was last rumored to be headed to a slot as US Attorney for the Southern District of New York. Clayton during his time as SEC Chair has been seen as at once incredibly wary of innovations like initial coin offerings (ICOs) while appreciating nuanced arguments in favor of digital currencies generally.

His office has been the most aggressive in ecosystem history, but, in fairness, it also faced the greatest challenge in terms of boom cycles and enthusiasm and subsequent scams. His boss, President Trump, is not a fan of Bitcoin and neither is Treasury Secretary Steven Mnuchin. But the SEC has been rather hands off with regard to determining Bitcoin (BTC) and Ethereum (ETH) to be securities in the traditional sense. So far, at least.

“We know crypto and blockchain technologies aren’t going anywhere,” Garlinghouse continued defiantly on social media. “Ripple has and will continue to use XRP because it is the best digital asset for payments – speed, cost, scalability and energy efficiency. It’s traded on 200+ exchanges globally and will continue to thrive.”

Ripple Inc. might appear differently to the SEC, as The Wall Street Journal (WSJ) further noted, “The SEC over the past few years has brought and mostly won civil lawsuits alleging startups trampled securities laws when they raised money by selling cryptocurrencies.” XRP, the most powerful financial regulator in the US might argue, is a security that should have gone through the usual regulatory processes. “Registration involves providing the SEC and the public with disclosures about a company’s business model, risks and financial condition. The SEC reviews the disclosures and provides feedback to improve them for investors,” the WSJ explained.

At present, it isn’t clear what kind of federal civil suit the SEC will ultimately mount against Ripple and its executive team. If previous SEC lawsuits are any indication, Ripple might be asked for greater transparency (a subject critics often mention) and stiff penalties. XRP is somewhat unique in the top cryptos by market cap in that it was fully backed by Ripple Inc. and then made more open-source and crypto-like, but the company itself holds significant sums of the coin and has already distributed tens of millions, suggesting a more traditional securities arrangement familiar to the SEC.

Stuart Alderoty, General Counsel at Ripple, reminded observers, “In 2015, the US Government concluded XRP was a virtual currency. Last I checked the SEC is still part of the US Government. Here’s the plus side – the industry will finally get the clarity it deserves. Goodbye ‘Howey test,’ hello ‘Ripple test,’” and pointed to a company summation of its position on the matter.

Nevertheless, “Jay Clayton is taking notes from the Grinch this holiday season, leaving the actual legal work to the next Administration…,” Garlinghouse complained.

YES, I want the best crypto news to my inbox

The Consequences of a Cashless Society 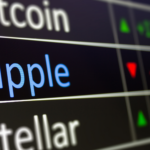