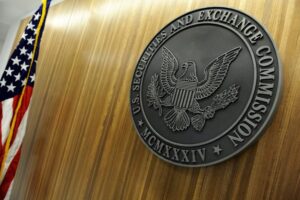 The U.S. Securities and Exchange Commission (SEC) is creating a “Cyber Unit” to combat online threats and “protect retail investors” in cryptocurrency.

U.S. regulators are continuing to investigate legal violations that are involved with initial coin offerings (ICOs).

Currently, the ICO market has raised $2.3 billion in blockchain-based funding with a majority of tokens coming from the Ethereum network.

Prior statements show that the U.S. regulatory agency is seeking to prevent ICOs because they violate financial regulations and these “virtual” organizations are subject to the requirements of federal securities laws.

According to the latest SEC announcement, the unit was created months ago to implement “risk monitoring” initiatives previously outlined by the agency’s Chairman Jay Clayton.

“Cyber-related threats and misconduct are among the greatest risks facing investors and the securities industry,” explains the Co-Director of the SEC’s Enforcement Division, Stephanie Avakian. “The Cyber Unit will enhance our ability to detect and investigate cyber threats through increasing expertise in an area of critical national importance.”

In addition, the Cyber Unit will also include a “Retail Strategy Task Force” explained the SEC’s enforcement division announcement. Task force members will have a long history of investigating retail investor fraud and will include personnel from the SEC’s National Exam Program and the Office of Investor Education and Advocacy.

This comes as Tzero, a subsidiary of Overstock, just announced that they will be launching an ICO trading platform that is fully compliant with the regulations of the SEC, and the Financial Industry Regulatory Authority, Inc. (FINTRA), according to the company.

The meeting will be held at the SEC’s headquarters in Washington D.C. and will be open to the public.

The conference will include both speakers from other regulatory departments and the blockchain industry.

This includes the former financial tech advisor at the U.S. Commodity Futures Trading Commission (CFTC), Jeff Bandman; the president of the Depository Trust & Clearing Corporation (DTCC), Michael Bodson; the co-founder of the blockchain company Chain, Adam Ludwin; and a representative from Nasdaq.

Australian financial authority (Australian Securities and Investments Commission) also has warned of the dangers that ICOs present to investors. Similarly, the UK’s Financial Conduct Authority (FSA) echoed a warning about purchasing digital tokens, stating they are “very high-risk, speculative investments,” and that the practice is largely unregulated.

The U.S. Securities and Exchange Commission (SEC) has contacted its first ICO, Protostarr, demanding the company refund its investors and shut down its operation.

The Internet celebrity crowdfunding platform, was contacted by the SEC. They then consulted with attorneys, and decided to cease operations.

“We were contacted by the United States Security and Exchange Commission regarding the initial coin offering of Protostarr tokens to fund the development of our Ethereum decentralized application. After consultation with multiple lawyers, we have decided to cease further operations and refund Ethereum collected in our crowdsale that began on August 13, 2017,” Protostarr wrote in a press release.

Protostarr expressed that as a startup company it does not have sufficient legal resources to challenge the SEC: “Like many of our supporters, we were excited to be an innovative force in the emerging space of content creation and its funding. Unfortunately, as a startup, we do not have the necessary resources to both develop our DApp and challenge the SEC’s investigation regarding our ICO and its interpretation under US securities law.”

In July earlier this year, the SEC issued a report concerning DAO digital tokens, concluding that the DAO tokens could be labeled securities. This has brought uncertainty in the crytpo-community with many questioning the future of ICOs. The SEC has not issued any statement about Protostarr, and Protostarr’s press release did not explain what the federal regulators said, about its ICO and why it was forced to close its doors.

But the potential is there that the token offering was conducted in violation of the newly established securities laws.

“Thanks for understanding. We are just working on making sure all refunds are handled properly so no one loses any money. At least ETH is worth more now than it was during the campaign so everyone is getting more value back than they donated. It is unfortunate though. We feel we had a novel idea that can help a lot of people, but because ICO’s are now on the SEC’s radar we would have to get a legal department hired on earlier than the plan, which we can’t afford to do while giving value to those who supported us. We are losing all the money we put into this, but want to make sure our supporters are taken care of. We will live and learn and start pushing forward as a team,” Gilson said.

The Protostarr initial coin offering (ICO) had raised 119.5 Ether, or nearly $50,000, Forbes reported. The company will start issuing refunds on September 2, 2017, for all investors who invested in the crowdsale of the digital token.