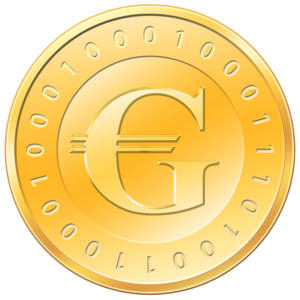 The most legitimate argument against Bitcoin, is the fact that it isn’t backed by anything tangible. While it does use math and cryptography to create scarcity, at the end of the day bitcoins are still just digits on a screen. In that regard, they aren’t that different from fiat currencies. Their value is dictated by confidence and belief, rather than real world value.

But that may be about to change. Not for bitcoin, but for digital currencies in general. The gold storage company known as Anthem Vault has decided to release a new cryptocurrency that is backed by precious metals. Each “coin” will be valued at 1 gram of gold, and will be called the “Hayek,” after Austrian Economist Friedrich Hayek. It’s slated to be released on May 25th.

In an interview with Business Insider, the CEO of Anthem Vault explained his reasoning behind creating the currency.

One use case for the Hayek coin, says Blanchard, is an alternative payment system for people in developing countries with volatile currencies. They could pay each other with the equivalent value of gold, if they each had Hayek coin wallets.

The other use case, he said, is if there is a massive distributed denial of service attack on the modern financial system.

“Talking with friends of mine in the intelligence agencies, they say this is a real threat,” he said. An attacker (he used the Russians as an example), “could create a massive DDoS attack, make the [financial] system inoperable. Ultimately this is how we rely on our payments.”

If a big attack hit the computers that clear payments in the banking system, people would be unable to pay for things. Bitcoin and other cryptocurrencies based on the same technology don’t work like that. There’s a decentralized system of confirming that a payment has been made, so systemic failure is (almost) theoretically impossible.

Basically, this will be an alternative to the volatility and vulnerability of central bank issued currencies. It has the added advantage of making precious metals more versatile on the global marketplace, since physical delivery is not required.

So far, Anthem Vault has yet to say whether or not you’ll be able to cash in your digital coins for gold. If they did, it would create a system of checks and balances between themselves and the customer. They would have to keep a large amount of gold on hand, or else their currency will be worthless if too many people withdraw.

But if you can’t exchange your coins for a real-world product, then their currency is no better than paper gold. It’s just too tempting to say that you have the gold in a warehouse somewhere while issuing as many digital coins as you want. And that brings up another question.

We don’t know if their cryptocurrency will allow them to add new coins. It would make sense if they could. What if people bought so many coins that they were worth more than the gold they have stored? You would have to issue more coins to make sure the currency has an accurate value. But if people can’t exchange the coins for real gold, then they have the option to rake in the cash while issuing as many worthless digits as they like.

So if you’re a gold or cryptocurrency enthusiast, I’d hold off on this for now. It might turn out to be a great idea, but until all the facts are in, it’s a little too risky for my taste.

Joshua Krause is a reporter, writer and researcher at The Daily Sheeple, where this article first appeared. He was born and raised in the Bay Area and is a freelance writer and author. You can follow Joshua’s reports at Facebook or on his personal Twitter. Joshua’s website is Strange Danger.