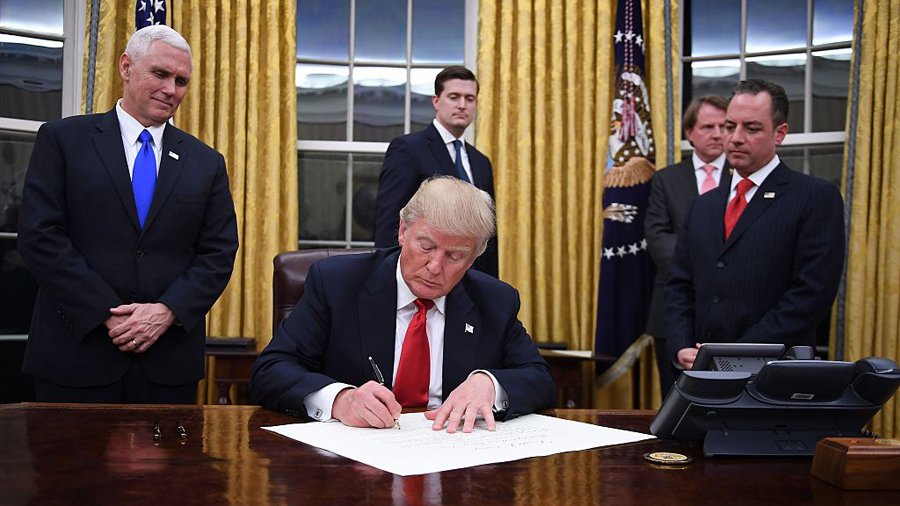 President Trump signed a new controversial foreign sanctions bill into law that had a hidden mandate for the foreign governments of Iran, Russia, and North Korea to monitor cryptocurrency circulations as a measure to combat “illicit finance trends” in an effort to “combat terrorism.”

The bill requires the governments to develop a “national security strategy” to combat the “financing of terrorism and related forms of illicit finance.” Governments will be required to monitor “data regarding trends in illicit finance, including evolving forms of value transfer such as so-called cryptocurrencies.”

According to the bill, an initial draft strategy is expected to come before Congress within the next year, and will see input from U.S. financial regulators, the Department of Homeland Security, and the State Department.

The bill calls for:

“[A] discussion of and data regarding trends in illicit finance, including evolving forms of value transfer such as so-called cryptocurrencies, other methods that are computer, telecommunications, or internet-based, cybercrime, or any other threats that the Secretary may choose to identify.”

Interestingly enough, Coindesk reports, “the new bill echoes another submitted in May as part of a wider Department of Homeland Security legislative package.”

That measure, as CoinDesk reported at the time, calls for research into the potential use of cryptocurrencies by terrorists. Like the DHS bill, the new sanctions law doesn’t constitute a shift in policy, but rather indicates that Congress is taking steps to explore the issue more closely.

Just more examples of the U.S. government trying to impose its will upon other nations and citizens who never lived there, as witnessed with the arrest of Alexander Vinnik in Greece, BTC-E’s alleged CEO according to the Department Of Justice.