OneGram calls itself the world’s first Shariah-compliant cryptocurrency whose value is backed by actual gold reserves. The company started selling a total stock of 12.4mn digital tokens on May 21 that are backed by one gram of gold each, they aim to raise around $500mn in its Initial Coin Offering (ICO).

Initial investors for the OneGram project have so far together accumulated $200mn. The cryptocurrency is even financed by Tabarak Investment Capital, an investment bank in Dubai.

Customers of OneGram will have their gold-backed digital currency supported by Australian-based ABX (Allocated Bullion Exchange) – stored inside gold vaults under the Dubai Airport Free Zone which is still under construction.

The goal of OneGram is to create a blockchain-based payments solution around its tokens that complies with Islamic finance standards called “YalaPay.” OneGram also plans to work with Mastercard to create a “Liquid Gold” debit card which can be used across the globe in ATMs, at point-of-sale systems, online for purchases and reloaded.

Each transaction of OneGram coins requires the payment of a small transaction fee which is cycled and reinvested in more gold. The amount of gold that backs each OneGram coin increases over a period of time and with it the value of the coin.

OneGram’s founder and CEO, Mohammed Ibrahim Khan, set out to create an Islamic digital token that was Shariah compliant; he said he was inspired by Bitcoin and its growing popularity of eight strong years but he felt Bitcoin wasn’t for Islamists.

“While the 1.6bn Muslims make up over 23% of the world population, many Muslims simply can’t use cryptocurrencies because of their restricted legal status and high barriers of entry in many countries in the Islamic world,” Mohammed said, adding that the physical backing by gold, which also implements the newly announced halal gold standard, would change that since OneGram has Shariah scholars on its board who ensure that the company is fully compliant with Islamic finance requirements.

Mohammed also noted that the company has a Shariah council that is making sure its working to Shariah law standards.

He added that “the physical backing by gold, which also implements the newly announced halal gold standard, would change that since OneGram has Shariah scholars on its board who ensure that the company is fully compliant with Islamic finance requirements.”

The sale of the OneGram coins (OTC) will be ongoing until September 22 this year, after that no more coins will ever be issued.

Bitcoin To Be Broadcast From Space Using Satellites 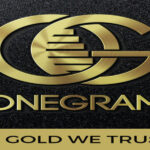