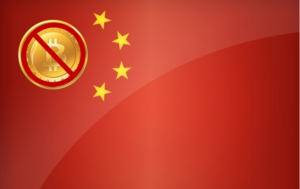 Beijing has ordered all of its Bitcoin exchanges to post a notice of their closure by midnight on Friday urging the businesses to come up with a plan so customers can withdraw their funds “in a risk-free manner.”

Chinese financial authorities have demanded Beijing-based cryptocurrency exchanges stop trading and allowing new registrations as of Friday, according to a government legal notice, which was verified by Reuters. “The notice was signed by the Beijing city group in charge of overseeing internet finance risks and circulated online.” The notice stated:

“All trading exchanges must by midnight of Sept. 15 publish a notice to make clear when they will stop all cryptocurrency trading and announce a stop to new user registrations.”

China’s top Bitcoin exchanges have already complied. Btcc announced that “Btcchina will completely shut down its exchange businesses on September 30th,” the company tweeted. However, the only businesses affected are those relating to Btcchina; other Btcc businesses are unaffected as “Btcc is a separate company from Btcchina,” the company noted, adding that “Btcc Pool, Btcc USD Exchange, Btcc Dax, Btcc Mobi, & Btcc Mint are not affected by this change.”

Other exchanges, Huobi and Okcoin made similar announcements late on Friday, stating that they will be closing on October 31. Huobi announced that new user registration and CNY deposit service have already stopped, expressing that:

“The actual closing of CNY trading will take place on October 31st. We will close all CNY to cryptocurrencies trading one asset at a time.”

Okcoin’s notice outlined its closing policies. The company stressed that the only service closing is the RMB trading business. The rest of its businesses are not affected. “Because regulators have not announced that Bitcoin and digital assets are illegal, Okcoin will actively explore, strive for, expect to continue to provide Chinese users with compliant digital asset services,” the company wrote.

This came directly after Viabtc and Yobtc exchanges announced their closure with much more expected to continue posting closing notices.

Regulators have additionally instructed exchanges to come up with a plan on how Chinese customers can withdraw their funds, Reuters reported. “Platforms should also tell the government by Wednesday, Sept. 20 how they will allow users to make withdrawals in a risk-free manner and handle funds to make sure investor interests are protected.”

This follows 2 weeks straight of rumors that China was going to go after Bitcoin exchanges and force closure and validates Charlie Lee (@SatoshiLite) who was attacked relentlessly for putting out a warning prior in the week. However, it’s important to note that this probably isn’t permanent and is only temporary as China’s National Internet Finance Association (NIFA)  noted they didn’t ban Bitcoin altogether.

At the time of this writing, Bitcoin is trading at fiat [$3584.80] up 14.79% from yesterday according to Coin Market Cap. Seemingly the markets are bouncing back and seem to be unaffected by the news. 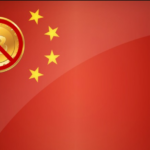