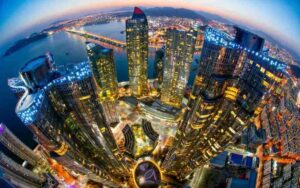 South Korean fintech company Dunamu Inc. announced on Monday that it would launch a cryptocurrency beta exchange called “Upbit” next month. The company claims that Upbit will be the largest digital currency exchange in South Korea.

Upbit will have both Android and iOS apps, as well as a website accessible through computers. The service will also offer coin investment guides with analyses of various altcoins in its market similar to the idea behind Bitquence. Additionally, the new exchange will also offer internal Bitgo wallets to users of the platform as well as Kakao Pay authentication for added security, its website states.

To launch Upbit, Dunamu signed an exclusive partnership agreement with the U.S. Digital currency exchange Bittrex, which supports over 190 cryptocurrencies, according to its website.

“Upbit will trade over 110 different digital currencies including Bitcoin, Ethereum, Ripple, and Litecoin. In comparison, existing exchanges in South Korea trade around six to eight virtual currencies,” the publican wrote.

Pre-registration for the exchange begins on Monday, September 25. Users who pre-register will be entered into a drawing to receive one coin from the list of cryptocurrencies that will trade on Upbit, including bitcoin according to Edaily.

In July earlier this year, South Korea legalized international Bitcoin transfers and is on the verge of providing a regulatory framework for Bitcoin trading platforms and exchanges according to the Korea Herald.

“In light of the declaration of war by Trump, all options will be on the operations table of the supreme leadership of the DPRK (North Korea),” he stated.

Over the weekend the U.S. and Japan completed a collaborative military drill in which B-1B bombers from Guam and F-15 fighter escorts from Okinawa, Japan flew over the waters of North Korea. This caused global stocks to plunge for three days in a row as analyst explained and they believe that stocks and assets could fall further in value if global markets volatility and economic uncertainty continue, CNBC reported.

“I think the market got a little nervous about that (U.S. bombers flying over North Korean air space). On top of the German elections it makes the market a bit unsure right now,” John Caruso, senior market strategist at RJO Futures said.

Which as an effect caused the price of Bitcoin to increase by $260, after struggling to surge past the $4,000 mark over the past five days and breach its all-time high of $5,050. As investors seek a safe haven for their assets during this market turmoil. Bitcoin is currently trading at [FIAT: $3909.05] at the time of this report according to Coin Market Cap.

As Max Keiser has previously noted, “in times of global markets volatility and financial instability, an increasing number of investors and traders seek safe haven assets and long-term investments that are liquid, secure, and stable.” 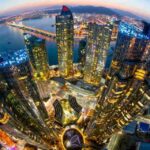