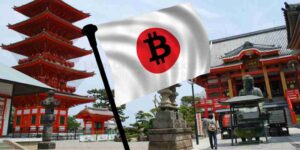 Eleven Japanese cryptocurrency exchanges have been granted the legal ability to operate under the country’s new financial services regulations.

Reuters reports that Japan’s Financial Services Agency (FSA) has formally announced that the authority has approved 11 domestic cryptocurrency exchanges to operate within the country. Registration with the FSA became necessary as part of an April bill that recognized Bitcoin as legal tender and eliminated the consumption tax on purchases at cryptocurrency exchanges.

Following legalization, Bitcoin adoption has surged within Japan, and the country has become a safe haven for Asia’s crypto investors in the wake of China’s ICO and Bitcoin exchange ban.

Now that Bitcoin is recognized as legal tender, cryptocurrency exchanges are subject to increased security guidelines, including segregating funds in customer accounts, verifying customer identities to combat money laundering, and having adequate systems and policies in place to prevent cyber attacks.

The FSA has also stated it will put the cryptocurrency exchanges under “full surveillance,” which may include on-site inspection.

Quoine, another cryptocurrency exchange to receive licensure, issued a statement saying they will continue to work with regulators to promote the “healthy development of the cryptocurrency industry within Japan.”

Quoine CEO added that FSA licensure “is a positive market signal that we are here to build a trusted exchange, with proper compliance measures in place to prevent security breaches and provide more asset protection for our customers,” Mike Kayamori  said.

While there are still seventeen Japanese cryptocurrency exchanges that are awaiting approval by the FSA for licensure in the country.

Japan seems to be embracing cryptocurrency with just last August a company called AirRegi planning to roll out its payment app in over 260,000 retail stores to accept Bitcoin.

Bitcoin is currently trading at [FIAT: $4291.13] an increase of 2.31% at the time of this writing according to Coin Market Cap as U.S. investors start to wake up. 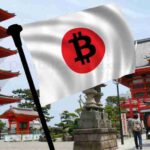