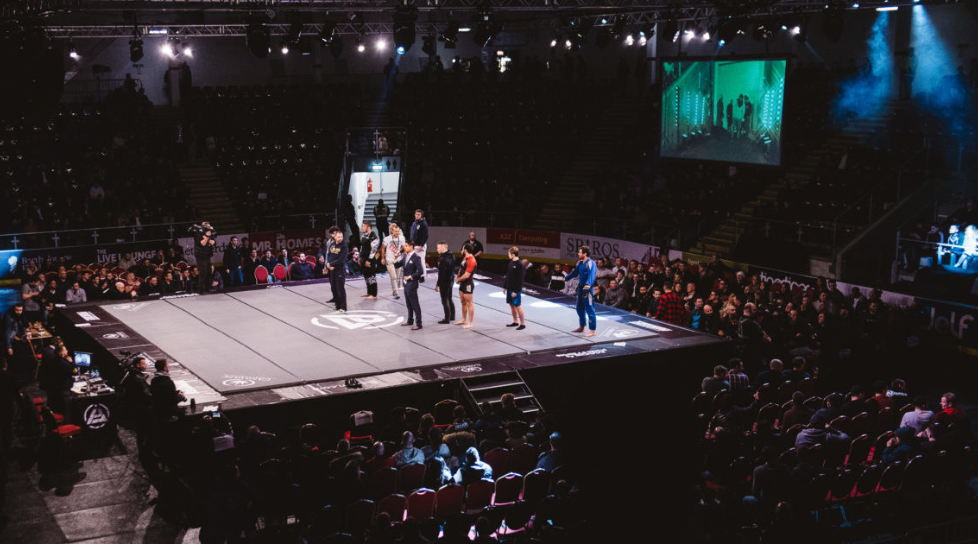 The team at Bitcoin.com is proud to announce their support of the Polaris 8 Jiu Jitsu Invitational at the Ice Arena in Cardiff, Wales, this past weekend at December 9th, 2018.

Polaris 8 spectators, meanwhile, had their own chance at walking away with their hands on some crypto. Golden Ticket giveaways sent audience members home with BCH of their own. Members of the Bitcoin.com team were also on hand at the Wales event to help users download crypto wallets and learn to send and receive bitcoin.

Polaris 8 was an end-of-the-year pro grappling extravaganza, with a number of legends ready to compete. As one of the world’s longest-running submission-only jiu jitsu events, Polaris is already a must-watch for grappling fans. Fan favorite head-to-heads closed out the highly anticipated Cage Warriors 100 weekend with a bang.

“MMA enthusiasts and athletes are drawn to the autonomy, empowerment, and freedom offered by cryptocurrency,” says Gergo Szoke, Bitcoin.com Marketing Manager. “Bitcoin Cash is a secure, easy-to-use, peer-to-peer digital currency for anyone and everyone. We at Bitcoin.com couldn’t be more excited to show athletes and fans alike the power of controlling your own money.”

Indeed, the worlds of bitcoin and sports have become increasingly intertwined, with scores of professional athletes–particularly among MMA fighters, grapplers, and triathletes–turning to bitcoin as an innovative form of payment.

A rash of recent sponsorships and partnerships underscores the growing excitement about cryptocurrency among forward-thinking athletes engaged in “sports of the future.” Winning athletes were paid out in Bitcoin Cash at the recent mixed-team relay Major League Triathlon in Charlotte, North Carolina.

So far, though, crypto holds the most allure within the realm of combat sports, where individual liberation and drive are tantamount to success. Most recently, MMA legend Kazushi Sakuraba partnered with Bitcoin.com to produce October’s Quintet 3 at the Orleans Arena.