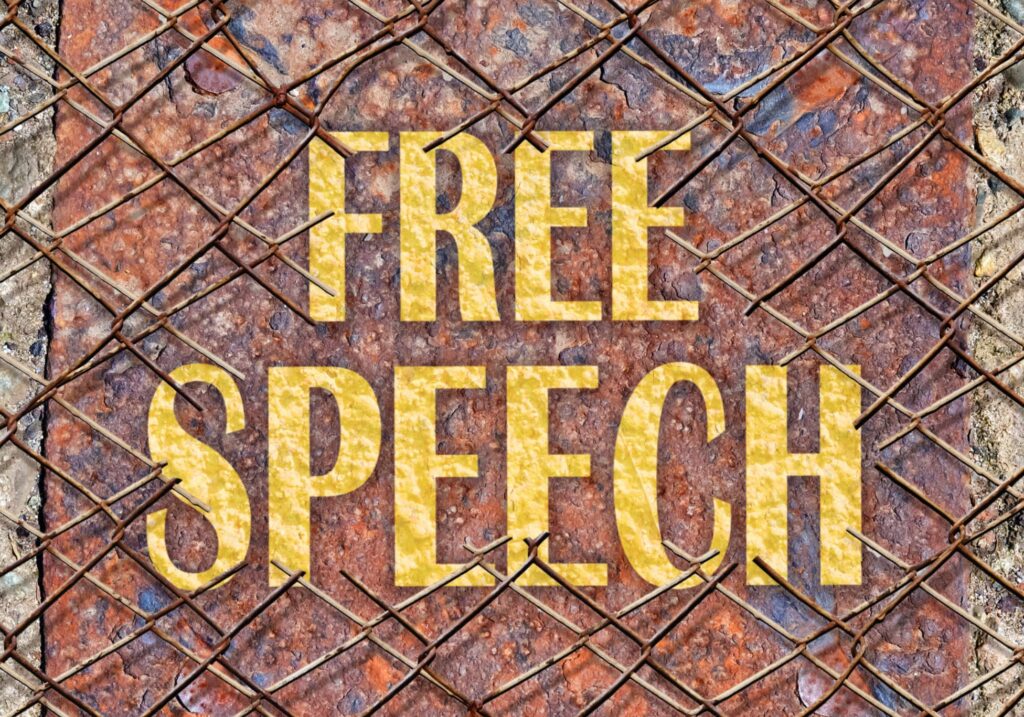 Gab, a social network dedicated to preserving freedom of speech, has announced that its store now accepts BTC directly after banks and payment processors denied the platform service. “Literally no one can no-platform our new crypto shop,” Gab announced. The platform integrated Btcpay Server after it was refused service by Coinbase and BitPay.

Social network platform Gab announced on Thursday that its integration of Btcpay Server has been completed. Its store now accepts payments in BTC and LTC.

Launched as a free-speech alternative to Twitter in August 2016, this fast-growing website is currently used by several alt-right and libertarian personalities who have been censored from using popular social networks. Among Gab’s users are Alex Jones, Ann Coulter, Stefan Molyneux, and Milo Yiannopoulos.

Gab offers free accounts as well as four levels of pro membership, which are three months for $15, six months for $30, one year for $60, and five years for $200. Gab’s store also sells $25 “Make Speech Free Again” ballcaps. Btcpay is now the store’s only checkout option.

The platform tweeted on Thursday, “Literally no one can no-platform our new crypto shop. No one. Not banks. Not the media. Not activists. Not online mobs.” Btcpay is a free and open-source payment processor that allows anyone to directly receive payments in several cryptocurrencies “with no fees, transaction cost or a middleman,” its Github page describes. The software conforms to the same invoice API format as BitPay, allowing merchants to easily migrate from using BitPay’s paid service to the Btcpay platform.

Btcpay is a non-custodial invoicing system which eliminates the involvement of a third-party. Payments with Btcpay go directly to your wallet, which increases the privacy and security. Your private keys are never uploaded to the server. There is no address re-use since each invoice generates a new address deriving from your xpubkey. Gab has been a victim of censorship for most of its existence, often resulting from racist views posted by some of its users. The matter came to a head on Oct. 27 when Gab made national headlines after one of its users, Robert Bowers, killed 11 people at the Tree of Life Synagogue in Pittsburgh.

Bowers was identified as a neo-Nazi who made anti-Semitic threats on Gab, posting that he was “going in” just before the shooting. PayPal, Stripe, GoDaddy, and Medium all terminated their relationships with Gab soon afterward, along with Gab’s web hosting provider. The platform was subsequently down for eight days as the company searched for a new web host. For about a month afterward, Gab’s only income was from customers mailing checks to the company’s headquarters. On Nov. 20, the company tweeted, “Gab has been denied by multiple banks during the underwriting process for a new payment processor. Multiple processors supported us, their banks did not.” The platform added, “Gab is the supreme example of why bitcoin exists. We will be integrating @Bitpay asap because @Coinbase already banned us.” However, after BitPay also rejected the platform, Gab took the suggestion of several Twitter users to integrate Btcpay Server. In another tweet, Gab wrote:

You will never fully understand the power and importance of bitcoin until you go through the underwriting process with banks trying to get approved for online payment processing. They essentially want your unborn child, an arm, and all of your personal data to get an answer.

What do you think of Gab accepting BTC? Let us know in the comments section below.

Kevin Helms is a student of Austrian Economics. Kevin found Bitcoin in 2011 and has been an evangelist ever since. His interests lie in Bitcoin security, open-source systems, network effects and the intersection between economics and cryptography.