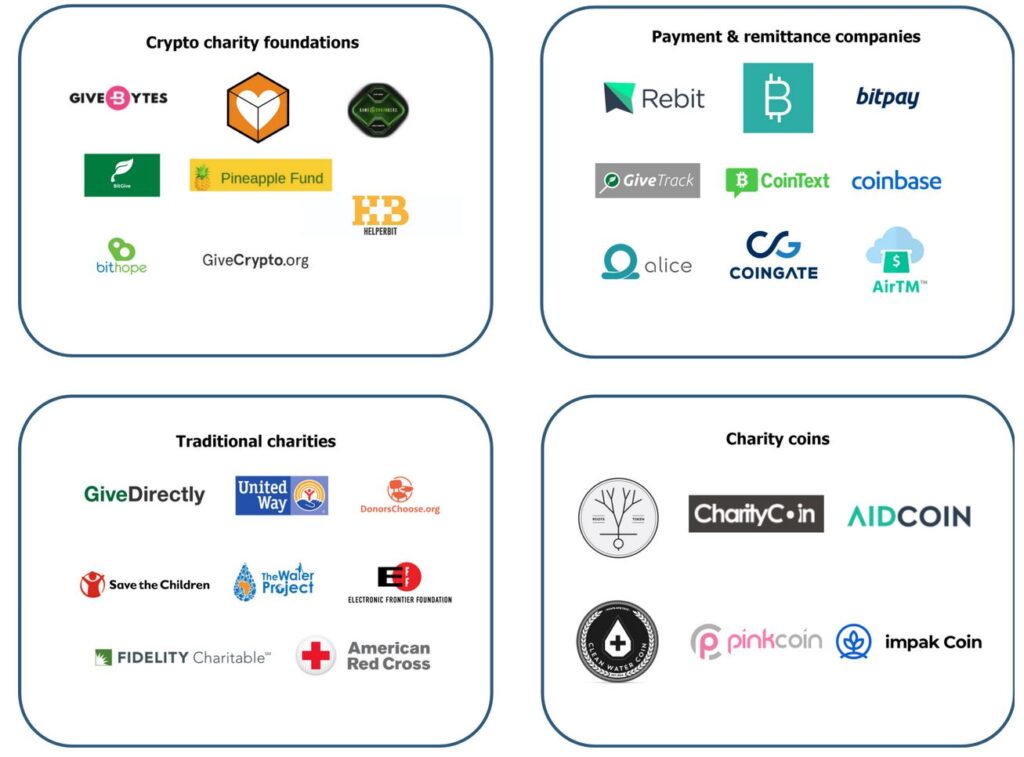 Since the publication of Satoshi Nakamoto’s Bitcoin white paper in 2008, people have focused on the speculative potential of cryptocurrencies and the exciting underlying blockchain technology they hope will make the financial system more global, transparent, fair, and efficient.

But despite the early idealism of Bitcoin, people often overlook the potential of using digital currency to provide aid to people in areas where the currency or the government is broken.

While crypto wealth tends to evoke images of “bros in Lambos,” those of us who believe in the altruistic potential of cryptocurrency know that the stereotype of the crypto wealthy isn’t accurate. Instead, the increase in the number of crypto charities, charity coins, and foundations — alongside the growing infrastructure for accepting and transferring cryptocurrency — shows a desire to use crypto as a force for global good.

Today, cryptocurrency is owned by about 40 million people worldwide. By embracing cryptocurrency, traditional charities have been able to boost confidence in donation security — and capture a new pool of crypto-wealthy donors that is only growing, even in the face of the recent crypto bear market.

But with 1,000 people owning 40 percent of the Bitcoin market, the number of people who can donate substantial amounts to charity via crypto is still limited.

That is why many of the current charities and foundations are focused on large donors giving large amounts of money, which can then be distributed to those in need around the world.

But charity mining and crowdsourcing efforts have focused on methods to allow everyday individuals to support those in need without a giant pool of crypto wealth.

Even traditional charities are cashing in on the crypto enthusiasm by setting themselves up to accept cryptocurrency. For instance, in 2017, Fidelity Charitable — -which holds the U.S.’s largest donor-advised fund — -got $69 million in crypto donations alone.

All of these efforts, from foundations to charity coins, are built on the back of payment and remittance infrastructure that allows for greater distribution to those in need.

Here’s a breakdown of the ways cryptocurrency has started showing up in the charity world:

Fueled by the desire to get crypto funds directly into the hands of those most in need, crypto charity foundations have sprung up to coordinate large, crypto-fueled aid projects globally.

Some rely on large donations from a small number of donors, and some are the philanthropic missions of single, wealthy crypto millionaires and billionaires and others but work as a way for everyday individuals to give to those in need.

All are motivated by the desire to explore ways of distributing aid to people in areas where traditional money or government has failed, such as Venezuela and Myanmar.

This mission spurred Coinbase CEO Brian Armstrong to start GiveCrypto in 2018. Similar to the GiveDirectly model, Armstrong and executive director Joe Waltman have worked to usher crypto funds to those who need it most, raising $4 million to date from donors like Armstrong, Ripple’s Chris Larsen, and Zooko Wilcox, CEO of the Zcash Company.

GiveCrypto has focused primarily on the ambassador model, connecting with people on the ground who intimately understand the issues faced by those in need and have knowledge of how to best get aid to them and ensure they can use it for essentials, such as food and shelter.

Much of the funding in the crypto charity-foundation arena relies on the uberwealthy funders who have made direct big payouts to nonprofit organizations (NPOs).

One of the largest recent examples comes from anonymous crypto investor “Pine” — reportedly one of the 250 largest holders of bitcoin — who spent 5,057 BTC valued at approximately $86 million to establish the Pineapple Fund and, to date, has given $55.75 million to 60 charities.

But not all crypto foundations rely exclusively on large donations from the crypto uberwealthy. Organizations like BitHope — the first bitcoin crowdfunding effort for nongovernment organizations (NGOs) in Europe — is open to all donors, big and small, who want to keep track of how their donations are used.

Additionally, companies like Charity Mine and Give Bytes promote and enable individuals to mine cryptocurrency for the sole purpose of giving the funds to charities. This lets people who don’t hold a large pool of cryptocurrency give to charities without needing to directly link their bank accounts to the organizations.

Charity coins were born out of the desire to create native currency around specific charity efforts, such as those for clean water.

These projects promise to provide buyers the peace of mind of participating in a currency explicitly built for charitable giving based on a shared public ledger that allows donors to track how their money is used. But it’s worth noting that they haven’t been proven effective on a large or small scale and are considerably more experimental than other crypto-charity efforts.

For donors who want a cause-driven model, coins like Clean Water Coin — which raises funds for Charity: Water exclusively — give donors a quick and easy way to provide crypto aid for a chosen charity.

Then there are organizations like AidCoin, which has taken on a holistic crypto ecosystem approach: developing a token to donate transparently (AidCoin), a platform for carrying out donations (AidChain), and a payment gateway/embeddable widget (AidPay) that allows charities registered with the AidChain platform to accept and convert other currencies into AidCoin.

Another company, Pinkcoin, uses its own philanthropic coin that donors can give to charity while also making money on their generosity. Compared with other experiments in the digital currency space, it’s performed well.

Many global nonprofits have started accepting crypto in recent years, allowing existing donors a more secure way to give and opening donating up to a new pool of crypto-liquid individuals.

Organizations like United Way Worldwide, Save the Children, the American Red Cross, and The Water Project straddle the technology development of other crypto charity efforts. They’re able to accept donations of bitcoin and ethereum through payment processors BitPay and Coinbase and the BitGive and BitHope foundations.

Additionally, IBM has also started exploring blockchain platforms that can be used for charitable donation, showcasing that, while there are many exciting new foundations and coins popping up, there is both money and aid to be bolstered when traditional charitable ventures embrace crypto and the blockchain.

Without a functioning infrastructure for accepting and sending cryptocurrency, however, charities and foundations wouldn’t be able to utilize the transparent, global nature of cryptocurrency.

Services like BitPay and Coinbase give charities and foundations an easy way to accept donations from donors.

Once these charities have the funds in one place, however, it can be challenging to find a way to distribute this money to those in need on the ground.

That’s where companies like CoinText (which charity foundation GiveCrypto used to distribute funds to refugees of the Myanmar genocide), BitPay, Lite.im, and BitPesa come in. With this infrastructure, charities can distribute funds directly to refugees, domestic abuse victims, and impoverished individuals.

But as many on-the-ground charities have discovered, the learning curve on this technology can be a barrier to direct-distribution models because many of those most in need of help don’t have access to the technology or the knowledge necessary to receive crypto funds.

Payment platform Airtm has taken this education and distribution into their owns hands, with their AirdropVenezuela project. The aim is to send $1 million in crypto to 100,000 Venezuelans — $10 each — via the Airtm wallet. The organization hopes that this closed distribution model using their own wallet will enable participation in e-commerce, investments, donations, and other online economic opportunities while preventing fraud and making fund distribution easier.

Another approach that charities like GiveCrypto have experiment with is the ambassador model, where a local expert on the situation and people receiving help can step in and educate recipients, facilitate the necessary technology, and ensure that those in need understand how to cash in on the funding.

The future of crypto charity

The interest in using crypto and the blockchain for charitable giving is inspiring, lighting the familiar idealistic fire of using decentralized currency to empower and protect those within government and economic systems that are broken or corrupt.

But only time will tell how these new and legacy organizations navigate the challenges of the crypto space. Foundations can be gun-shy about accepting the notoriously volatile currency, especially given the risk of getting donations from dangerous or shady donors. On the flip side, the risk of money being stolen from crypto charity foundations or misused by scam charity efforts can scare off donors.

Additionally, regulation is still very much up in the air in many regions, making the legality of donating cryptocurrency across borders vague and reliant on an “ask forgiveness” kind of model for now.

Fortunately, crypto foundations — and those that follow their methodology — are uniquely positioned to respond to these challenges with both altruism and the cutting-edge experimentation mind-set usually reserved for the startup space.

This article was sourced from Medium.com/GiveCrypto.org