With Townsville, Australia’s Bitcoin Cash City conference and related post-conference events now all wrapped up, participants are heading home to get back to the grind. As such, it stands to take a look at the conference as a whole and BCH adoption in and beyond the land of Oz, which is fueled by three critical factors. Additionally, attendees and organizers alike cited the diversity of ideas and speakers as one of the main strengths of the event. Other areas of the world are already in the midst of similar adoption, or ripe for it, and deserve a focused look themselves, as potential BCH hot spots and developing “BCH Cash Cities.”

One of the recurring points of praise from attendees regarding Townsville, North Queensland’s Bitcoin Cash City conference was the diversity of attendants and speakers. From advocates of complete financial freedom to actual government representatives, the philosophical gamut was run in full. Conference attendee and Honest.cash user emergent_reasons related:

We need to be appealing to the world…Big business, small business, libertarian, lefties, non profit, government, everybody was there.

Bitcoin Cash enthusiast and unofficial, “official photographer” @kilrcola, supplied the Bitcoin Cash City Telegram group with no shortage of professional quality photos to use and share throughout the event, adding real vibrancy and a visual backbone to the group. When asked about what most impacted him about Bitcoin Cash City, @kilrcola told news.Bitcoin.com:

The sudden realization that this might be the pivotal stepping stone…The only time I spent fiat was for the deposit/security guarantee for the hotel. Having the conference there and so many merchants accepting BCH was a massive deal.

Chris Pacia, developer for Openbazaar and maintainer of the BCHD full node, spoke on the difficulty of moving the BTCD full node to a Bitcoin Cash implementation, the limited amount of truly qualified individuals for doing so, and the challenges presented there:

There’s a very narrow skill set that is needed to do this…you also need to be very familiar with the BTCD codebase, because that itself takes so long to learn, and then you’re gonna have to be familiar with all the co-changes Bitcoin Cash has made to the consensus rules since then…I kind of didn’t really want to do it, because this is really difficult, it’s probably like one of the hardest things technically to get this ported over to Bitcoin Cash. But now that it has been, it’s in pretty good shape and the implementation is coming along pretty well.

We’ve never attempted anything of this scale before, but now we have the experience, we’ve learned many things and we’re already ready to go and improve on this in the future.

For those at the Bitcoin Cash City conference, the air of organizer enthusiasm and work ethic was readily apparent. And not the “busy-ness” of rushing around and spinning wheels trying to look busy, but actually getting things done — setting and hitting micro and macro goals, non-stop. Organizers provided rides to and from hotels, attended unofficial events, delivered constant updates and information to attendees via Telegram and Twitter, and gave interviews to various media during what were supposed to be breaks in the action. They were, in the Australian dialect, “flat out” the whole time. This work ethic may be a clue as to what sets Townsville apart when it comes to BCH adoption. Organizers also visit local adopters frequently to check on their status and help with any questions.

Bitcoin Cash City host and CTO of CoinText, Vin Armani, also spoke to the hard work of many in the BCH community, saying:

We’ve got the best evangelists in the game by far.

The second element critical to Townsville’s notable adoption and use case rate is community. With established local groups like software company Code Valley — pioneering a new method for mass producing code via a “World Compiler” — and local entrepreneurs like self-professed non-techie Donna Kilpatrick emphasizing the ease-of-use when it comes to BCH transactions, the Townsville community is already tight-knit and collaborative. Bitcoin Cash City businesses know and communicate with one another. “Think globally, act locally” is the mantra of many here, and the grassroots entrepreneurial spirit preceded the adoption of BCH. This made the community ripe for development.

The BCH community in Townsville attempts to make accepting Bitcoin Cash as easy as possible for merchants, and pitches the cryptocurrency simply for what it is: a permissionless system of peer-to-peer electronic cash which cuts out bank fees and middlemen.

That said, potential on-boarders have many legitimate concerns which must not be glossed over. Tax liabilities, deposit and withdrawal channels, and profitability are among the top themes of adopter questions. Tokyo Bitcoin Cash Meetup organizer and “adoption ninja” Akane Yokoo explained during her Bitcoin Cash City presentation that:

Finding out their [merchant] concerns is very important as well…Some of the concerns I hear more are basically losing money due to Bitcoin Cash’s volatility…or maybe they’re worried about if it’s legal to accept Bitcoin Cash…or what about tax.

Explaining the benefits of accepting crypto and Bitcoin Cash is easy. It’s fast, permissionless, and doesn’t require high transaction fees like banks, credit card points of sale, or other congested blockchains like BTC. However, what can dampen merchant enthusiasm is a very understandable fear related to the questions detailed by Yokoo.

Yokoo went on to explain that in Japan she tells merchants as long as they convert to Japanese yen immediately, and don’t hold BCH and make “crazy” profits, they can most likely report BCH sales as simple income tax. Regionally this situation varies, and with tax authorities clamping down and the laws ever-changing, government restrictions are likely to become a hotter and hotter topic as adoption increases. The general rule of thumb is that, logically, the freer the market, the easier adoption becomes.

Slovenia and Other BCH Hotspots

Supporting the free market thesis, Bitcoin Cash City Townsville is not the only area currently blowing up with crypto adoption in the form of BCH. A quick look at the Marco Coino website brings attention immediately to Slovenia, the BCH adoption leader of the world with over 400 regional businesses accepting BCH. Slovenia is small, extremely entrepreneurial, and relatively easy on crypto taxes for the individual, as Slovenians do not have to pay capital taxes on crypto in the progressive country. There is also a popular payment platform called Elipay rapidly expanding and galvanizing adoption.

Bitcoin Cash adoption has also been notably high even in extremely dangerous and politically volatile areas like Caracas, Venezuela. Bitcoin.com continues working hand-in-hand with crypto charities and direct support initiatives to provide critical aid and sustenance for Venezuelans suffering under statist violence. Where traditional, dinosaur systems of finance and politics fail, permissionless cash can still come through, and be critically useful.

Japan and New Hampshire are notable hubs as well, and the three critical Bitcoin Cash City elements ring true in these locations. Hardworking, grassroots communities of “mom and pop” shops are discovering the ease of direct P2P money, and simply using it. As the “live free or die state,” it’s not hard to see why threats of regulations might not bother many entrepreneurs in New Hampshire, but what about play-it-by-the-book Japan? Unbeknownst to many, the land of the rising sun ranked number one globally in entrepreneurship rankings for 2018, in a usnews.com joint study. Japan is remarkably entrepreneurial, with tiny businesses everywhere, and comparatively relaxed regulations and licensing requirements for starting a small business. Determining whether a city or region might be a good spot to build another Bitcoin Cash mecca is fairly simple. If there’s a diverse community of enthusiastic, hardworking people who wish to make money and exercise financial sovereignty via their business, coupled with a relatively free market climate, adoption potential is definitely there. More economic freedom in permissionless, P2P trade means that individuals can get on with their lives and careers, and spend less time on cumbersome systems like legacy banks and political scribbles eating up their time, resources, and energy. Bitcoin Cash is ready here and now, but it won’t spend itself.

What do you think drives crypto adoption globally? Let us know in the comments section below.

You can now purchase Bitcoin without visiting a cryptocurrency exchange. Buy BTC and BCH directly from our trusted seller and, if you need a Bitcoin wallet to securely store it, you can download one from us here.

Graham Smith is an American expat living in Japan, and the founder of Voluntary Japan—an initiative dedicated to spreading the philosophies of unschooling, individual self-ownership, and economic freedom in the land of the rising sun. 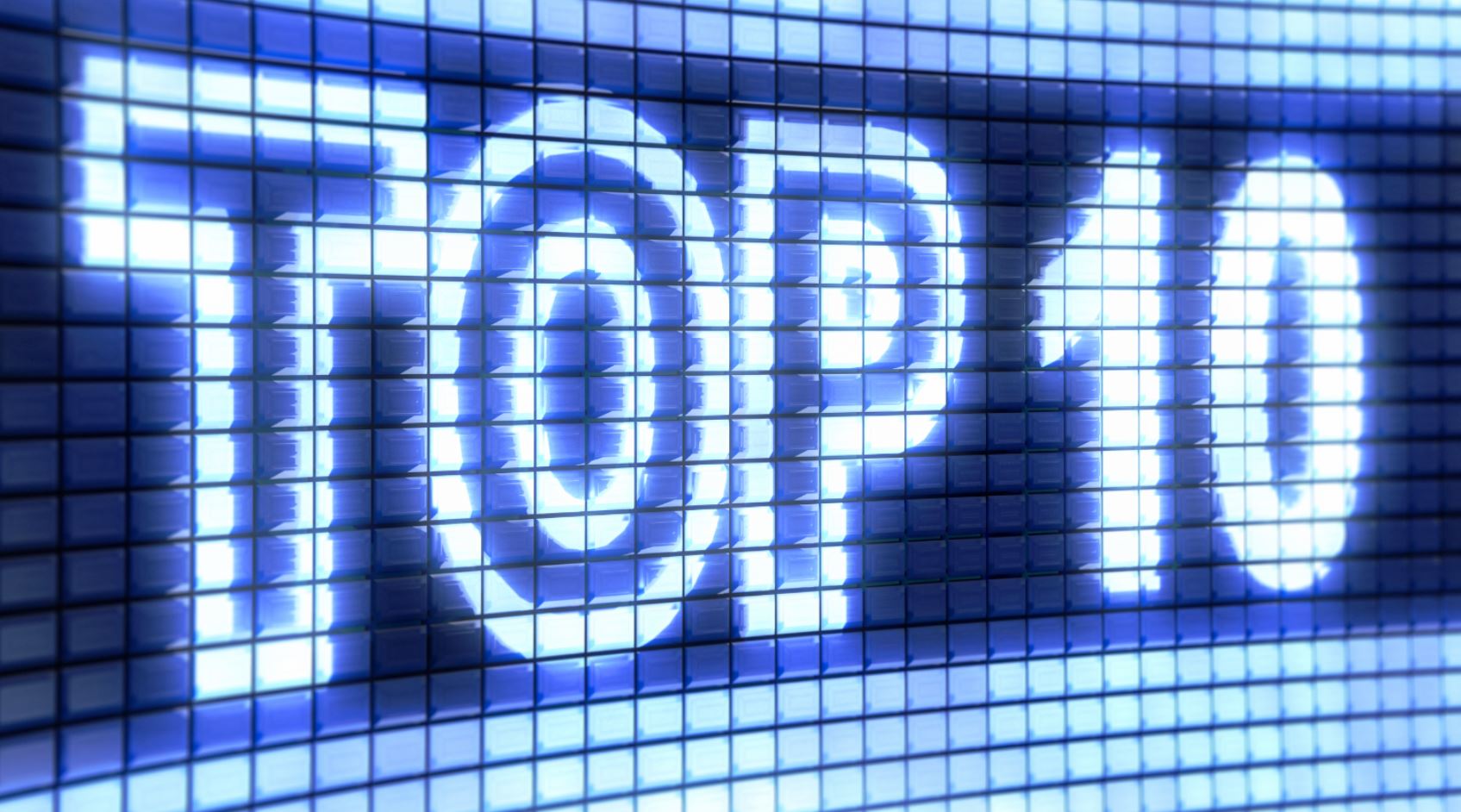