Will Bitcoin Always Be The Dominant Cryptocurrency?

In this video, Bitcoin entrepreneur and developer Vin Armani discusses whether or not Bitcoin (BTC) is destined to remain the dominant cryptocurrency with podcaster Guy Swann.

Hotep Jesus, partner at CoinBitsApp, hosted the debate on his YouTube channel to flesh out if Bitcoin (BTC) is fundamentally special or better than many “altcoins.”

Swann, a Bitcoin maximalist, says Bitcoin is dominant because it is independent, decentralized and trustworthy. Armani argues that many projects share the same protocol as laid out in the Bitcoin whitepaper giving those altcoins those same features.

Armani views all of the forks of Bitcoin, like Bitcoin Cash (BCH), as part of the broader project, much like the forks of the Catholic church are all considered Christianity. Meanwhile, Swann believes there is only one true Bitcoin and it will remain that way because currency as a communication medium tends to consolidate.

As to why Bitcoin will remain dominant, Swann also notes its network effect and the Lindy effect (meaning it’s garnered the most trust because it’s been around the longest).

However, many services have gained and lost network effects because something better came along. Armani points to Blackberry’s dominance in the mobile phone market prior to iPhones.

Additionally, the majority of cryptocurrencies, not just Bitcoin, have earned trust to perform the same function without losing funds.

Significantly, the two disagree over whether Bitcoin is money or property in the first place. Swann is in the camp that it is money and property. Armani believes it is primarily a payment network (like Visa) to enable transfers of value that exists outside of the blockchain.

Both agree money must be a scarce commodity, a medium of exchange, and a unit of account.

Armani argues that Bitcoin is not money because it is not a “unit of account” and will never gain that status as long as there are US Dollar tokens on bitcoin blockchains.

Swann ignores the “unit of account” argument and continues to make the case that digital scarcity is a better monetary policy than government-run currencies. Few bitcoiners would disagree, including Armani.

Yet, Armani, author of Self Ownership, a book that explores the definition of property, also says bitcoins are not property and can’t be owned because you can’t exclusively own a number – which is what Bitcoin UTXOs are.

Armani adds that Bitcoin’s classification as “money” or “property” that can be owned has unwanted legal ramifications for those who believe in freedom. In other words, if government treats knowledge of some numbers on a blockchain as money, they have an excuse to regulate.

Overall the debate was thought provoking and well worth a listen for Bitcoin geeks.

Why Buy Crypto When You Can Earn It? CLICK HERE for a FREE Guide

How To Generate Your Own Private Keys for Cryptocurrency Wallets

What Are The Politics of Bitcoin? 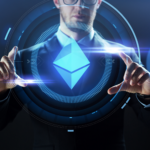 Will Bitcoin Always Be The Dominant Cryptocurrency?