Popular cryptocurrency trader on Twitter, Willy Woo, revealed his latest model suggests the price of Bitcoin (BTC) could go as high as $300,000 per bitcoin by the end of 2021.

The current market on average paid $7456 for their coins. You all are geniuses. pic.twitter.com/5t1pHXwE0b

He shows the chart for his model where Bitcoin follows a distinct historical pattern of huge upswings followed by steep corrections with bowl-shaped recoveries leading to another big upswing multiples higher than previous peaks. 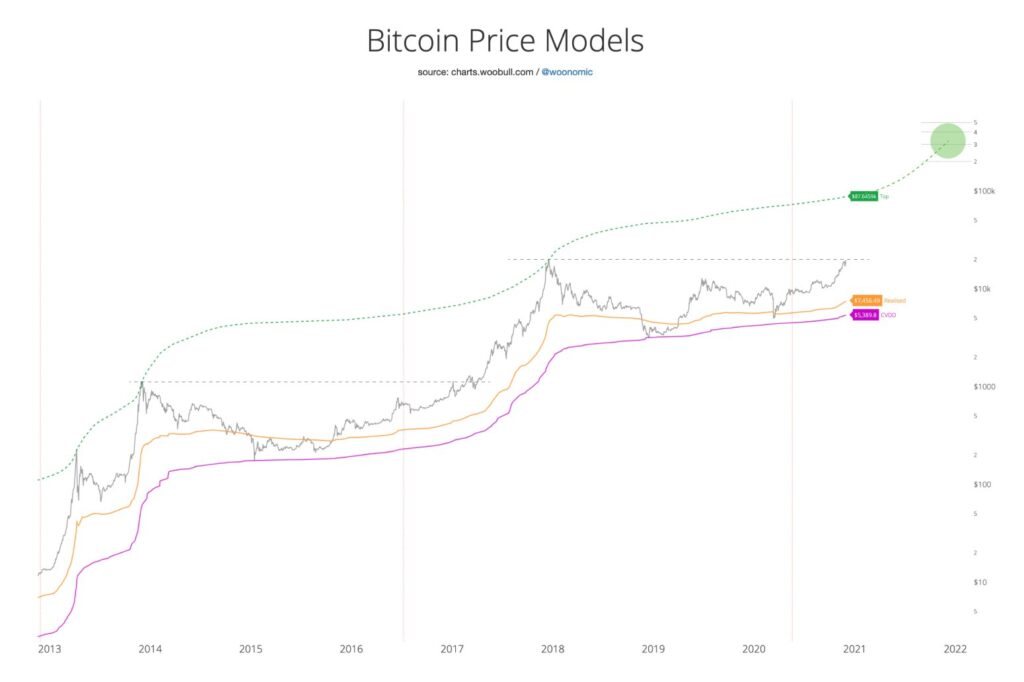 As it appears cryptocurrency is entering a new bull run, Woo’s model shows that the Bitcoin price could peak 10-15 times its previous high of around $20,000/BTC.

Depending on what exchange is being used, many acknowledge that the Bitcoin price briefly hit a new record high above $19,783 this past Monday. This adds credence to predictions of a new bull run.

However, the psychological barrier of $20,000 must be comfortably crossed before parabolic moves can be confidently considered.

Woo adds “I’ve never been so bullish for 2021. This re-accumulation phase coincides with spot market inventory depletion roughly 2x longer and deeper than the last cycle.”

The tweet includes the chart below showing a steady drop in bitcoin inventory available at exchanges just before big bull runs. This happens during the “accumulation phase” at the beginning of bull runs where traders steadily buy the asset. Before long, fear of missing out on large gains kicks in and the masses enter the market, driving parabolic moves upward. 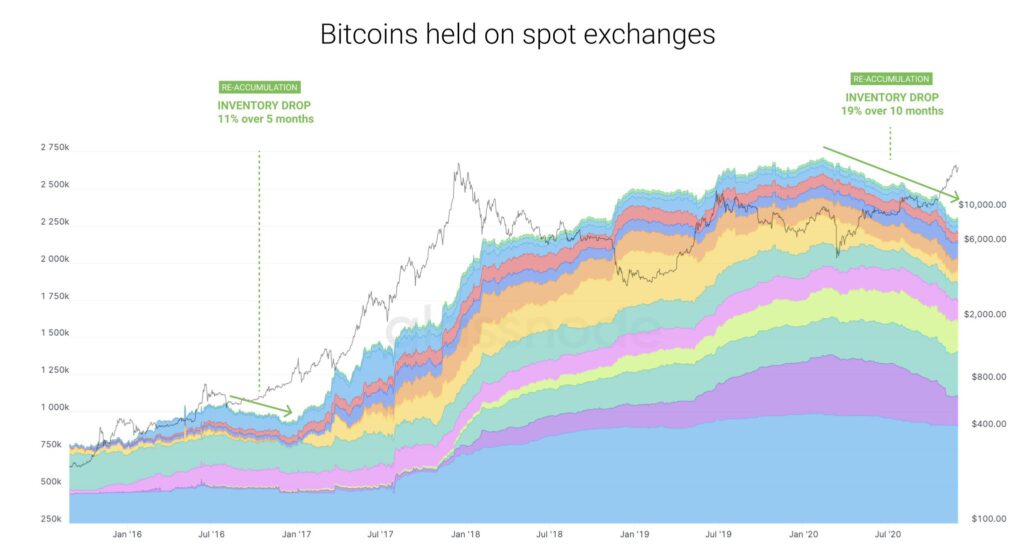 Because Bitcoin is such a limited asset, these reductions in spot inventory can have a dramatic effect on price when interest returns to the market. And, as Woo emphasizes, this “re-accumulation” phase depleted BTC inventory twice as much as the previous cycle. 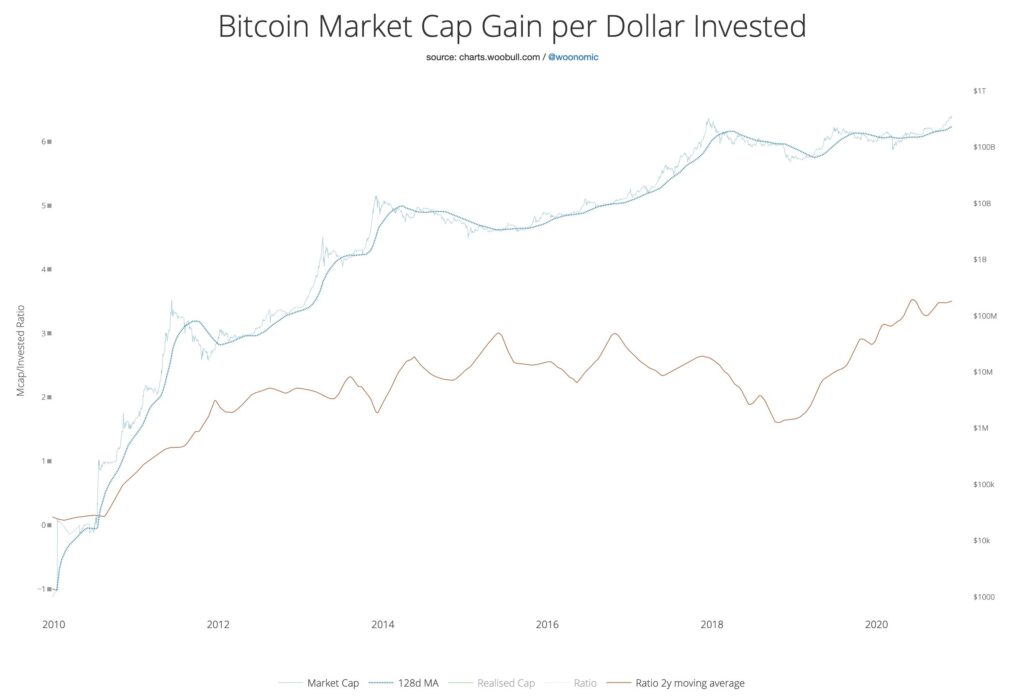 Recommended Reading: How To Buy Your First Bitcoin

The Altcoin “Supercycle” of 2021 Is Here 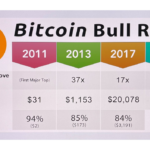