Average transaction fees on the Bitcoin (BTC) blockchain have nearly tripled from $2.78 on November 30th to over $7.30 in the first few days of December. 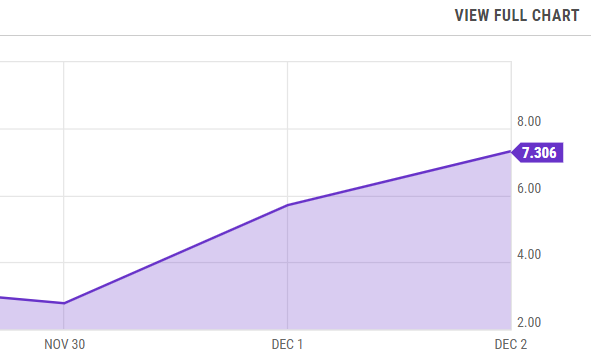 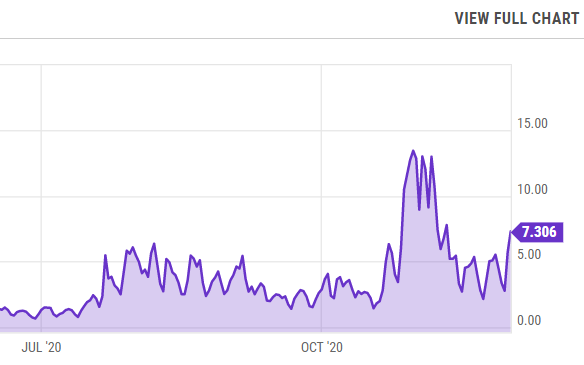 High and wildly fluctuating fees and inconsistent settlement times on Bitcoin (BTC) make it less useful as peer-to-peer cash. This lack of scalability led to splits in the Bitcoin community.

In short, one camp primarily viewed Bitcoin as a speculative asset and didn’t care if fees go up as long as the network remains secure. The other camp, dedicated Bitcoin’s use as fast and cheap P2P cash forked the network into Bitcoin Cash (BCH) in 2017 by increasing the block space.

Average Bitcoin Cash (BCH) fees are currently $.005, or half of a cent.

It’s clear that speculation is still the biggest use case to date with Bitcoin (BTC) increasing the most in value. The BTC community is content to push transactions off the main blockchain using custodial exchanges or cryptographic side chains. We can even transact in Wrapped Bitcoins on the Ethereum network to save on fees but still have exposure to the Bitcoin price.

By moving much of the BTC transactions off-chain, they have reduced fees overall. The last time Bitcoin (BTC) hit $20,000 per bitcoin, the average fees to transact on the blockchain were over $55.

However, if Bitcoin is poised for a parabolic run up in price, we can still expect fees to increase dramatically.

Why Buy Bitcoin When You Can Earn It? FREE GUIDE HERE! 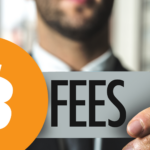