HomeNewsAltcoinsWhy Did Bitcoin Cash Split Again and What is BCHA?
NewsAltcoinsBitcoin 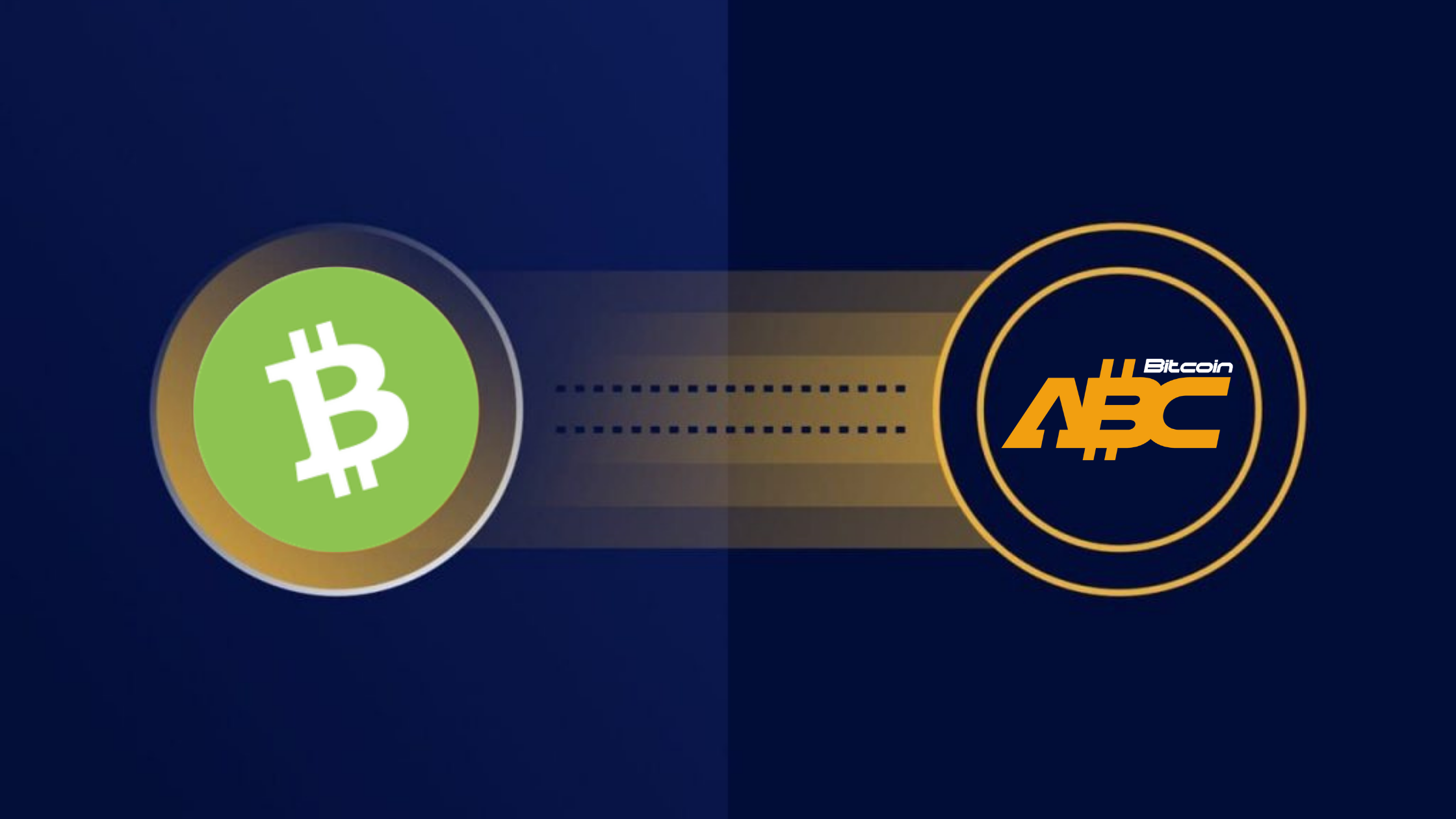 On November 15th, 2020, the Bitcoin Cash (BCH) network underwent a chain split resulting in the creation of a new coin tentatively known as BCHA. Anyone holding Bitcoin Cash (BCH) in a non-custodial wallet prior to the fork, now also has the equivalent amount of BCHA coins in their wallet. See how to split your coins here.

What follows is a primer on what led to the split, what has transpired since, and what to look forward to in the coming months.

What led to the Bitcoin Cash split?

The answer to this question is rather complicated, but I think the best way to view the situation is that it comes down to a difference in values. After all, isn’t that what every split is always about? Whether we’re talking about a marriage, or a religion, or a business relationship, if people don’t share the same values it inevitably leads to division.

For outsiders, the recent BCH/BCHA split might appear to only be about how to fund protocol and infrastructure development. That is certainly a part of it, but if you dig a little deeper, I think you’ll find that it’s really about what each side values.

I don’t want to rehash everything that’s happened over the past year and a half in the BCH ecosystem, but I think it’s important to at least summarize a few of the highlights.

Around the middle of 2019, I began to hear rumblings that BCH was in trouble. Bitcoin ABC, the team behind the creation of BCH who had been working tirelessly to maintain the network, was running low on funds and struggling to keep things afloat. They needed more resources to hire more people, they said. Soon a fundraiser was hosted by Bitcoin.com. While some saw it as a huge success, others saw it as too little too late. Within six months, the price of BCH had fallen from a high of $515 in June, all the way down to $170 by December.

Then in early 2020 came a surprise announcement of an Infrastructure Funding Plan (IFP) proposing a six-month period whereby 12.5% of all BCH block rewards would be diverted to a developer fund. The reception to the new plan was mixed at best, and it resulted in a team of developers forking the ABC code and creating a competing client known as BCHN.

The IFP was eventually rejected by the miners. More fundraisers were held (the successes of which can be debated), followed by some drama about a new difficulty adjustment algorithm, until finally, ABC announced their decision to activate a new coinbase rule in the November 2020 hardfork. The new rule would require miners running ABC’s software to divert 8% of each block reward to an address under ABC’s control. That money would then be used to fund protocol development as well as critical infrastructure.

As November approached, it became clear most BCH miners were not in favor of the new rule. However, there was enough support from a handful of dedicated miners willing to keep the new chain alive, and on November 15th, 2020, with the mining of block 661,448 that included the new coinbase rule, BCHA was born.

Which brings us to the question of why. Why did this split happen? Yes, it was about the funding problem and the new coinbase rule as a potential solution to that problem, but why did some people see it as a cure, while others saw it as poison.

I think it boils down to values, to whether you choose to see the good, or the bad in people.

I support the BCHA project because I have seen the good work Bitcoin ABC has done and believe they have what it takes to accomplish the mission to create peer-to-peer electronic cash. I think that if given the proper resources they will not let it go to waste. I want to see Avalanche working on top of BCHA for instant confirmations and improved network security, I want to see adjustable block sizes and scalable block processing. I want to see better wallets, developer toolkits, and to see BCHA become what Milton Friedman called “e-cash, a method whereby on the Internet you can transfer funds from A to B without A knowing B or B knowing A”.

I also want to see BCHA serve as an example of how a successful open source project might function.

On the flipside, the BCHN argument is that the new coinbase rule creates a point of centralization, aka a point of failure. They would rather not entrust anyone with that much responsibility. Because what if that person becomes corrupt, what if they only use the funding to enrich themselves. In other words, they see the bad in people.

I agree that Bitcoin shouldn’t require trust, but that doesn’t mean you should never trust another person. How would we have business or a free economy if no one trusted anyone? Anytime you pay for a service it’s based on trust, the belief that the person you’re paying will get the job done.

So what do you value? Do you value seeing the good in people, in giving people the opportunity to profit off their work? Or do you only care about protecting yourself against potential profiteers at all costs?

In case you haven't been paying attention, $BCH basically just lost their founder and CTO to $BCHA.

This is why I think the split wasn’t just about funding, or the new coinbase rule, but a difference in the way we choose to see the world.

For all intents and purposes, the day of the actual split was rather uneventful. BCHA blocks came in slow as expected due to the difficulty, which remained high in comparison to the amount of hash pointed at the chain. With the vast majority of the hash favoring BCHN, those blocks came in pretty much normally with the price appearing to stabilize around the ratio of .05 BCH for 1 BCHA.

The real excitement didn’t start until days later. Suddenly a new miner showed up and started mining nothing but empty blocks. Honest miners would occasionally mine a series of big blocks to clear the mempool, but that also came to an end once the attacker started orphaning blocks that included transactions. Meanwhile the difficulty continued to adjust downward with the attacker contributing .5 BCHA to ABC with each block they mined.

At one point BCHA went an entire day of pretty much nothing but empty blocks, and that’s when ABC made the decision to take action after block 662,687. They forked the chain by invalidating block 662,688 mined by the attacker and honest miners were directed to mine on a new chain tip. The mining rewards of the attacker’s chain (well over 100 blocks past 662,687) suddenly became worthless as all exchanges and block explorers quickly switched to the new chain. The attacker had no choice but to give up his attack and honest miners have been producing steady BCHA blocks ever since.

What can we look forward to in the coming months?

The first thing is the new BCHA rebrand. Bitcoin ABC has made it clear BCHA is only a temporary name and everyone is waiting to find out what the new name and ticker are going to be.

Meanwhile BCH will continue with a new team of developers leading the direction of the chain with no official roadmap, or official leaders, while being funded purely through donations.

In the near term, on top of the rebrand, BCHA hopes to activate Avalanche for post-consensus to add another layer of defense in the event of future attacks. In a way, what the BCHA chain recently achieved by coordinating with miners to agree on what chain to mine can be seen as a small demonstration of what’s to come as the Avalanche protocol will give the network a stronger immune system. 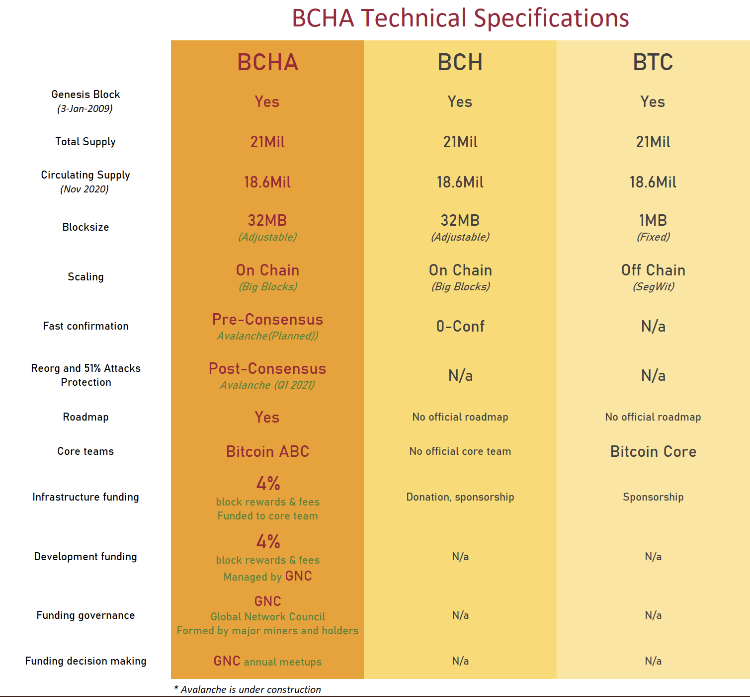 BCHA supporters also have the Global Network Council (GNC) to look forward to. With half the money from the new coinbase reward under the control of the GNC, it’s anticipated that each of the 73 votes up for grabs annually will become highly coveted. 52 votes being reserved for the 52,000 blocks mined each year, and 21 votes for the top 21 BCHA holders who can prove their holdings. Voters must appear at an annual GNC meeting to cast their votes on how to disperse the ~13,140 BCHA assigned to the GNC annually.

Will a donation based funding model work better? Or will the new coinbase rule prove to be superior? Only time will tell, but I look forward to seeing how both experiments will play out.

RECOMMENDED VIEWING:
The Future Of Bitcoin After the Bitcoin Cash – Bitcoin ABC Fork