Although digital scarcity is an incredible invention, it is not what everyone thinks it is.

How much value can be put onto a single blockchain? If you answered “all of it,” you’d be right. However, that doesn’t mean it will be reflected in the price of bitcoins or other native blockchain assets. And it also doesn’t mean bitcoin is like gold.

Bitcoiners who view bitcoin as a store of value are not wrong. Anything desirable with a limited supply will gain in value relative to faster inflating currencies.

But token protocols built on top of open blockchains have changed the value proposition of the underlying assets forever. When a few satoshis can represent billions of USD tokens, how much does Bitcoin’s scarcity matter?

When we can transfer unlimited amounts of value on a blockchain using just the minimum dust limit, what is the purpose of bitcoins? What is its value proposition?

The value prop would seem to be as the raw material to fuel transactions on the payment network (and no one likes to pay too much for raw materials). More like oil than gold. In that regard, Ethereum calling it “gas” is closer to the reality.

Although speculation against inflating government currencies is a legitimate use of bitcoin, the last couple years of a bear market has revealed the biggest use case for actual blockchain transactions is the US dollar. In other words, the unit-of-account use case.

At periods during that time, USD stablecoin Tether (USDT) alone accounted for over 50% of total transactions on both the Bitcoin (as OMNI tokens) and Ethereum (as ERC-20 tokens) networks.

In September 2019, TrustNodes reported that Tether was “taking about 50% of the entire (Ethereum) network capacity, with USDT handling $18 billion in unfiltered trading volumes, far more than eth’s $6 billion.”

Today, Tether’s daily volume now regularly exceeds Bitcoin (BTC) by $10B because it has become the most popular trading pair for all cryptocurrencies. Tether’s market cap has swollen from $4B at the beginning of 2020 to over $19B making it the fourth largest digital asset as of December 2020. Its use in commerce is also growing exponentially.

Besides Tether, there are a host of other USD tokens being used for trading pairs, decentralized finance contracts, and in commerce.

Additionally, the great majority of merchants who accept cryptocurrency as payment immediately convert it to their local currency because of its recognizable unit-of-account and significantly lower price volatility.

Bitcoiners spent the last 4 years telling people not to spend bitcoin while at the same time promoting it as “digital gold” and “world money” instead of a “peer-to-peer electronic cash system” that it was invented to be.

Thinking bitcoin could be “world money” merely because, like gold, it is a portable, divisible commodity with a limited supply misses four things: 1) the same is true for all top cryptocurrencies, 2) none are used as a unit-of-account, 3) the most widely accepted good in commerce are US dollars, and 4) dollar tokens have been invented.

Some Bitcoiners argue that if BTC could just capture enough value, it will eventually become the world’s reserve asset. Maybe. But to what end? To facilitate peer-to-peer transactions without a third party or something else?

When I first discovered it in 2011, I believed Bitcoin (BTC) could become the most widely accepted good in global commerce. That was before it failed to scale, adopted the hodl (don’t spend) meme, and I witnessed what blockchains are primarily being used for today — moving USD tokens.

I underestimated the importance of the “unit of account” function of money.

Ethereum currently has more than $20B (and growing) in USD tokens represented (stored) on its blockchain. That is not counted in Ethereum’s market cap of around $67.5B.

Think about where this is going.

Overcoming the psychological and legal grip that “unit of account” has in the real world may prove too big of a hurdle for bitcoin to jump to become “money.”

But that’s okay. It doesn’t mean cryptocurrencies aren’t valuable. It’s just that they may act more like a raw material similar to oil rather than gold or money. What will really twist your brain about scarcity is realizing it’s a “recyclable” raw material.

Early bitcoiners would say that we’ll know Bitcoin has matured when we don’t even know we’re using it.

In the very near future, you’ll be spending dollars in all types of payment apps that run on a blockchain in the background. The question is, which blockchain and which raw material will fuel those transactions? 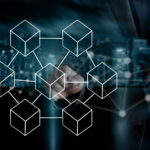