For all its woes and insanity, 2020 gave Bitcoiners hope in the form of choice. The ecosystem now has four viable cryptocurrency projects from which to choose and learn: Bitcoin (BTC), Bitcoin Cash (BCH), Bitcoin SV (BSV), and the soon-to-be-rebranded Bitcoin ABC (BCHA).

BTC is looking more like an international settlement unit, a version of something approximating digital gold. BCH seeks to be a rabid medium of exchange coin, capturing microtransactions. BSV desires deep cooperation with governments and law enforcement across the globe to better assist in reigning in criminality. BCHA might be a middle ground between digital gold and smaller purchases, but will tout built-in infrastructure funding as means of coin sustainability.

Late 19th, early 20th century economist Carl Menger, considered the spirit animal of what came to be known as the Austrian school of economics, published his meditation, On The Origins of Money in 1892. He made the argument that commodities compete to establish themselves as worthy of becoming a dominant exchange medium with the broader society organically deciding on which will be used as money. Factors like transportability, durability, ability to be near permanent, and the relative cost associated with custody play major roles in vying for usage in a freer market-based, as opposed to government, money system.

Those not emotionally invested in a tribe can watch with Mengerian detachment as each Bitcoin flavor continues to make its case for your time and trouble (I have taken sides over the years while retaining admiration for experimentation, enthusiastically supporting BCH from its inception, for example, and recently rather infamously backing BCHA this November).

Each of the four Bitcoin variants have elements of Menger’s money qualities. And technically they share reference to the same Genesis Block. They also claim fidelity to the White Paper by Satoshi Nakamoto. The quartet cap inflation at 21 million coins. They’re open source. They all depend on the SHA-256 algorithm, proof-of-work (PoW), and ASIC mining.

Of the four versions of Bitcoin (BTC) ranks as the granddaddy of them all. Established around 2008-2009, BTC outlasted challengers and Lindy effect-ed its way into our hearts. BTC is the base pair beginning for nearly all speculative exchanges, and, with precious few exceptions, seems to be a price action index by itself: as BTC goes, so does the cryptocurrency market.

Its codebase rests in the hands of half a dozen developers, if the famed message board bitcointalk.org is to be believed. And that fact alone can be a feature or a bug depending on who is analyzing. They’re either brave warrior knights, holding back those who mean BTC harm, or they’re power mad kooks retarding innovation and adoption.

What is inarguable is that the battle for dominance by nearly every metric places BTC in the catbird seat. It won. It’s not close. Winner-winner chicken dinner. Game over. So long, and thanks for all the fish.

BTC is what mom will purchase when she plunks down for fractions of a crypto. It’s the best known Bitcoin, and maybe that’s for good reason. Very little has changed with BTC (lots to argue about here, but it’s safe to type that), and it has given investors and outsiders watching the phenomenon of cryptocurrency confidence that the project is in conservative, predictable hands. Critics will argue about BTC mempool clogging, transaction fee horrors, processing times, and so forth, but that very much is the debate with BTC and its gatekeepers. How much innovation should come at the expense of security and on-chain experimentation? Risk itself is a tradeoff.

As such, BTC remains a tame way to enter the crypto space, as there is plenty of infrastructure and support to onboard or even escape its clutches should things not work out. Someone holding BTC could very well appreciate its digital gold meme and the revisionist narrative of becoming a settlement layer for mainstream finance, and not be crazy.

Bitcoin Cash (BCH) quickened officially on 1 August 2017 under the full weight of disaffected BTC evangelists and developers, contentiously forking into its own chain. Its charter was immediate and bold: stay true to the peer to peer electronic cash meme by raising block sizes to enable faster and cheaper transactions. BTC had the network effect, but it was slowing, getting very expensive, and more than a few newbies lured by the late 2017 market boom were immediately turned off after putting BTC to the test.

Bitcoin Cash strives to make good on what the project’s backers felt was the gravest import of Bitcoin, a medium of exchange. There was indeed traction on that front and an eager market to see if the unbelievable gains of BTC could be sustained and bettered through BCH.

A healthy chunk of BTC supporters found BCH refreshing, and many efforts were made to push merchant adoption and online retail usage. Fees were slashed. Transactions times were zipping. The BCH community was learned and eager to make its point.

In three years time, block sizes were indeed raised, tokens introduced, privacy tools championed, and a culture of meetups around the world cultivated. Rumblings among the camps who brought BCH along, however, soon began to boil. It seems many of the BCH backers had put aside internal differences to enable a successful fork away from BTC in mid-2017, but were equally determined to steer BCH unilaterally going forward. Riffs grew.

While BCH has the best reception of any BTC fork thus far, that honeymoon period was quickly over. More internal fighting and jockeying led to declarations of war between BCH sides, one claiming the true vision of Satoshi. Within a year and half of existence, BCH forked contentiously for the first time, creating Bitcoin Satoshi Vision (BSV) 15 November 2018.

BCH soldiered on, and continued to work at medium of exchange adoption to greater and lesser success. During this time, BCH was able to further its development of privacy tools, tokens, and wallet infrastructure through the process of forking the network on purpose (called upgrades) every six months.

With BSV gone, divisions inside BCH festered still, and especially over developer funding and node diversity. The reference client for BCH, Bitcoin ABC, agitated for more infrastructure funding, claiming its work was being taken for granted in favor of shiny applications. The saga kicked off in dramatic form by late January of 2020, as a codebase rule change was proposed by major mining pools to divert block rewards to pay for infrastructure development.

Debate raged, and in the end the ABC development team offered two clients, one in consensus with BCH and another not, what’s come to be known as BCHA (its own chain, its own coin). BCH is now under new management as of 15 November 2020, and the reference client Bitcoin Cash Node (BCHN) is at the helm while cooperating with other nodes. BCH seeks to be more decentralized and prizes node and developer diversity.

Bitcoin SV (BSV) is perhaps an unintended consequence of the first BCH hash war, a contentious split of a major BTC fork. BSV seized the mantle of Satoshi Nakamoto, it claimed, insisting block size should be increased as fast as possible, and that the medium of exchange meme was but one consequence of Bitcoin.

Importantly, BSV wants to become the internet of the internet, encompassing an entire ecosystem of commerce, data, and transparency. With increasingly grandiose goals and strict control over the BSV roadmap, charismatic founders rubbed many Bitcoiners the wrong way. This resulted in BSV being delisted by giant exchanges who resented BSV’s perceived chauvinism.

And though it has been an uneasy road for BSV during its two year existence, it looks to offer stability in righting whatever work BTC gatekeepers changed about the protocol, while expanding BSV capacity and locking-in permanent changes. BSV states it will at some point stop making changes altogether. The project is enterprise focused, hoping to attract governments and legacy corporations.

BSV has a dedicated and committed following, and its leadership stresses also how an affiliated BSV development business is busy gobbling up patents in order to bring competing Bitcoin projects to heel through lawsuits and government law enforcement action.

Bitcoin ABC (BCHA) is the new kid. Freshly squeezed from BCH on 15 November 2020, BCHA has a long climb ahead of it. The good news is, the ABC team is battle tested and hardened by years of fending off what it viewed as attacks on Bitcoin (sensing a pattern here?).

Rumors are that it will rebrand and further distinguish itself from just another BTC fork. What can be deduced is that the team at BCHA will have a roadmap (BCH nodes have purposefully rejected a roadmap as too centralizing) in the hopes of bringing mission clarity. BCHA carries over three years of work from BCH, of course, and has a lot in common with the medium of exchange philosophy.

There is talk in the BCHA camp about store of value and sound money, maybe more than BCH in this regard. And the ABC team is keen to forward how infrastructure funding will be built-in to the protocol in terms of a coinbase reward redirection. Miners and developers, BCHA insists, will have their incentives aligned, which could ease investor concerns about keeping a coin’s footing solid and sustainable going forward.

BCHA also hinted at incorporation of the Avalanche consensus software from Ava Labs at some point, possibly making it the first crypto of its kind to be rooted in PoW and partly flirting with proof-of-stake (PoS), depending on how things shake out.

What the Bitcoin forks have done is create that Mengerian competition for our monetary affection. And though I uncharitably conferred winner status on BTC, it is true cryptocurrency is still in its early days. Adoption is not close to what anyone thought would be the case more than a decade-on.

There is still plenty of innovation to come. BTC could further widen its lead. BCH might very well overtake users simply by speed, convenience, and privacy. BSV could outsmart everyone and have all the other projects hounded by police, its participants jailed. BCHA might make its mark by proving the value of infrastructure stability combined with ease of use.

Heck, there’s even room for none of that to be true, most of it to come to fruition in some form, or another variation entirely. Whatever the case, we’re witnessing economic, computer science, and social history right before our eyes, and we’re all the better for it.

C. Edward Kelso (@cryptokelso) is a financial technology journalist, CEO of CoinFugazi.com, and correspondent for NaomiBrockwell.com 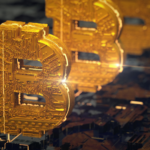