U.S. cryptocurrency exchange Coinbase has asked the U.S. Treasury Department to extend the comment period on implementation of stringent know-your-customer (KYC) requirements from 15 days to the normal 60 days.

Coinbase expressed that the Financial Crimes Enforcement Network (FinCEN), an arm of the U.S. Treasury, asked for comments on 24 questions, each requiring detailed analysis and extensive cost assessments. The U.S. based exchange that recently applied for an IPO stated that 15 days wasn’t long enough to provide an adequate response.

“Addressing all of the questions FinCEN has posed and the additional issues FinCEN has not yet considered would take much longer than 15 days in the best of times,” Coinbase wrote in its letter. “To do so in a handful of working days across the national holidays and during the latest surge in [COVID-19] is quite obviously impossible.”

Under the rules announced last week, users who want to send cryptocurrencies from centralized exchanges to private unhosted wallets would need to provide KYC information about the owner of that wallet to the exchanges, if the amount sent is greater than $10,000 in one single day. The proposal would restrict money services businesses pertaining to dealing with “self-hosted wallets.”

In the announcement, published by the U.S. Treasury’s Financial Crimes Enforcement Network, or FinCEN arm, the regulator announced recommended rules demanding enrolled crypto exchanges to verify the “identity of their customers, if a counterparty uses an unhosted or otherwise covered wallet and the transaction is greater than $3,000.”

The exchanges would also need to submit and store records involving such transactions with a total value over $10,000 in a 24-hour period, and maintain records for transactions over $3,000.

Currently, the general public will have until Jan. 4th, 2021, to provide any feedback on the proposed law. While usually 60 days are provided for the public to comment on such proposals. However, the Treasury Dept. cited “significant national security imperatives” for the shortened period.

Coinbase disagreed. “There is no emergency here; there is only an outgoing administration attempting to bypass the required consultation with the public to finalize a rushed rule before their time in office is done,” the exchange said.

Numerous lawmakers voiced their concerns with the proposed rules, in a Dec. 9 letter addressed to Treasury Secretary Mnuchin.

The authors four members of the Congressional Blockchain Caucus, Warren Davidson, Tom Emmer, Ted Budd and Scott Perry argued in their letter that such limitations:

“Would hinder American leadership and preclude meaningful participation in the technological innovation currently underway throughout the global financial system.”

The four lawmakers further outlined their “concern regarding reports that the Treasury Department is considering issuing regulations that would restrict the use of self-hosted wallets.”

The lawmakers warned that if the planned regulation “requires a company to determine the owner of a self-hosted wallet, with which the company’s users wish to transact, then Americans’ utilization of digital asset transactions would be placed at a significant disadvantage to our global competitors.” They further noted that “Such a regulation could actually undermine the Treasury Department from stopping illicit actors from exploiting the financial system,” elaborating:

The contemplated regulation would not meaningfully support law enforcement, while it would raise privacy concerns and place impractical regulatory burdens on digital asset users and companies.

The letter proceeds to explain the benefits of using self-hosted wallets. “Eliminating the middleman through the use of self-hosted wallets means that consumers can maintain privacy and transact freely, which is critically important as individuals increasingly conduct their financial lives digitally,” the Congressmen wrote. In comparison, they pointed out that “Such freedom stands in stark contrast to China’s digital yuan, where citizens’ transactions are surveilled and transactions involving disfavored individuals or activities can be censored.”

Coinbase remains one of the easiest ways to buy your first Bitcoin.

Why Buy Crypto When You Can Earn it? Click Here For FREE Guide 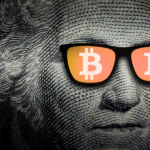