There has been a lot of talk about central bank digital currency (CBDC) recently, as central bankers around the world are discussing the possibility of launching their own CBDCs. Some of the problems of CBDCs have been pointed out already (see, e.g., here and here), and I will not discuss them too much here. The purpose of the present article is to answer the simple question: What exactly is a CBDC? How is it different from physical cash, demand deposits, and cryptocurrencies?

Let us begin with what CBDCs definitely are not: they are not a new kind of cryptocurrency akin to bitcoin. While central banks have discussed issuing CBDC in the form of a token and using distributed ledger technology (DLT), this does not mean that central banks intend to let people trade and hold it without oversight, let alone that they will not centrally control the overall supply of it. The purpose of DLT and tokenization is purely a question of which technology to use in the imposition and distribution of the digital currency; it does not mean that central banks have adopted any of the ideas behind the rise of bitcoin.

Some central banks may, however, believe that the existence and rising market value of bitcoin and other cryptocurrencies is evidence that there is a demand for digital currency, and that they should therefore step up and supply it. They don’t seem to realize that the demand for bitcoin—as the demand for gold—is demand for something outside the control of central banks and governments.

It is also important to point out, contrary to what central bankers themselves think, that a CBDC is not a central bank liability any more than physical cash is. Now, in the purely formal sense of being an item on the right side of the central bank balance sheet, both cash and CBDC are liabilities. However, the definition of a liability is the obligation of delivery of goods (usually money) to the party to whom the liability is owed (see Investopedia). The holders of central bank liabilities, then, would appear to have a claim against the central banks—but what exactly do they have a claim to? The correct answer here is of course nothing, and hence, neither physical cash nor CBDCs can properly be said to be a liability. That central banks record cash as a liability is merely a relic of a bygone age when central bank notes really were money substitutes in the Misesian sense and the banks really were liable to surrender a sum of money (i.e., gold) when presented with a note for redemption.

CBDC is, or is intended to be, a digital equivalent to physical cash. Just as, say, four quarters are the equivalent of a dollar bill, so one dollar in digital currency will be the equivalent of one dollar in physical cash. It is simply a new technological expression of the same fiat money. Recall that fiat money, as Mises described it, is “money that comprises things with a special legal qualification,” i.e., these things are not technologically different from other things, except for the marks showing that they have a special legal qualification. The corollary of this is that technologically dissimilar things—metallic coins, paper notes, and digital assets—are all part of the supply of fiat money so long as they possess the marks confirming their legal status.

The Difference from Physical Cash

While both CBDC and physical cash are parts of the supply of fiat money, there are some notable differences between the two. This is understood by central bankers, since, as I noted in my previous article on the topic, they recognize the need for investing digital currency with legal tender privileges. Otherwise, they fear, people might refuse to accept it in exchange. The key differences between the two types of fiat money are: costs to the user, privacy, and extent of control by the central bank. Let us examine each in turn.

Costs to the user: physical cash is virtually costless to hold for the general public, even in substantial amounts. It is true that at some point one might want to invest in additional safety measures in order to protect one’s cash, such as investing in a safe or renting a safety deposit box in a bank (although these are not so safe anymore). Digital currency, on the other hand, means that people will have to invest in and learn how to use whatever software and electronic devices are required to handle it. This might be a challenge to many who are not especially tech savvy, and a significant burden to stores who will have to invest in new machines in order to process digital payments. It also imposes burdens in the form of new risks. To the old risks of simple robbery are added the new risks of cyberattacks that might drain a person’s digital wallet. While central banks may be able to piggyback on the technological developments in the field of cryptoassets, we should not dismiss the reality of this risk, nor of the discomfort it may cause people who are not digital natives.

Privacy: the most private way of engaging in commerce, the only one that leaves no paper trail, is still paying in physical cash. Bitcoin and other cryptocurrencies cannot compete here, although sophisticated techniques may bring them close. In any case, when it comes to CBDC there can be no question of privacy: as the ECB explicitly stated in their recent report on the issue, it will be necessary to make it possible to access every single transaction—all in the name of combating money laundering and terrorism, of course. Whatever the merit of such concerns (spoiler alert: abysmal), the clear outcome will be to make all transactions transparent to the central bank and to whomever the bank chooses to share the information with.

Central bank control: since physical cash is supplied entirely by the central bank, it might be thought that it has effective control over the supply. This is not so, however. It is true that the central bank can increase the supply at will, but it is much harder for it to control the distribution and ownership of physical cash. It also cannot easily decrease the supply of physical cash. People can, therefore, should they so desire, hold a large proportion of their wealth in the form of cash and there is essentially nothing the central bank could do about it. Or rather, whatever measures it can take are both very costly and blind; i.e., it cannot target those individuals whose cash balance is deemed excessive. With a digital currency, on the other hand, the central bank would have both the power and the knowledge needed to control how much each and every person and company holds. Since it is the avowed aim of central banks to increase nominal spending, they want digital currency in order to impose all sorts of restrictions on the holding of money in pursuit of this end. The ECB, for instance, openly speaks about capping the amount a person can hold, limiting the time a person can hold an amount of money, and imposing negative interest rates on amounts that the bank deems excessive. All this would be virtually impossible if people used physical cash instead of digital currency.

It is also important to distinguish clearly between CBDCs and money substitutes issued by commercial banks. Unlike digital currency, these fiduciary media are true liabilities, i.e., the owner of a demand deposit can demand that it be paid out in money. We need not go into the theory of banking here; it is sufficient to note that the possibility of redemption in physical cash imposes a limit on the issue of fiduciary media that is not present with central bank production of fiat money.

Banks are usually willing to pay interest on demand deposits, since they invest the major part of the money people have on account with them through the process of credit expansion or credit creation. A CBDC held in one’s digital wallet, on the other hand, cannot serve as the basis for credit expansion any more than physical cash held outside of banks can. In our current environment of low, no, or even negative interest rates on demand deposits, the fear among central bankers is that a CBDC carrying no interest rate would lead to people simply redeeming their demand deposits in digital currency. Since central bankers only know one policy—“boosting” the economy by lowering interest rates, which they do by flooding credit markets with cheap money—this possibility is obviously a great concern to them. Hence, it is an absolute necessity for them to be able to impose negative interest rates on people’s digital wallets in order to support the credit system. Not so much out of love for private banks and investors (although considering the post-Fed careers of Greenspan and Bernanke this might be an important consideration for some), but simply so that they can continue implementing policies that align with their inflationist dogmas (and the interests of their political masters).

It is hopefully clear from this brief primer what the digital currencies proposed by central banks are. In a word, they are the final evolution of fiat money: money totally under the control of the issuing government. While the language and some of the technology may be inspired by or borrowed from cryptocurrencies, don’t be deceived. Bitcoin is an attempt to preserve wealth by placing it outside the reach of government; CBDCs are intended to frustrate that end. If, following Rothbard, we interpret history as a struggle between liberty and power, between free society and state dominance, we might say that central bank digital currency is simply the latest weapon in the arsenal of the state in its quest to dominate society completely.

Of course, since the economic doctrines guiding central bankers and governments are nothing but a tissue of fallacies, the consequences of imposed digital currency are likely to be very different from what they expect. But if 2020 has taught us anything, it is that there are no limits to what states will do in pursuit of fallacies that will increase their own power. 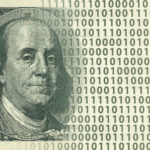