The Office of the Comptroller of the Currency (OCC), aka the bureau of the U.S. Treasury Department charged with regulating banks, has stated in a release that banks may use stablecoins and blockchains for payments.

In a letter issued today, the OCC explained that, as long as a bank complies with the law and reliable banking methods, “a national bank or federal savings association may validate, store, and record payments transactions by serving as a node on an INVN [independent node verification network]. Likewise, a bank may use INVNs and related stablecoins to carry out other permissible payment activities.”

Acting Comptroller of the Currency Brian Brooks, a former head of Coinbase’s legal department, indicated in a press release that the move is about leveraging the cryptocurrency industry to keep pace: “While governments in other countries have built real-time payments systems, the United States has relied on our innovation sector to deliver real-time payments technologies.”

Jeremy Allaire, co-founder, and CEO of Circle, which operates the USDC stablecoin that recently partnered with Visa, was one of the first to report the historic news tweeting, “This is a huge win for crypto and stablecoins.”

1/ Breaking major news from US Treasury OCC, the largest US banking regulator (@USOCC), with new guidance allowing US banks to use public blockchains and dollar stablecoins as a settlement infrastructure in the US financial system. https://t.co/gQFWISWUnc

He added: “We are on a path towards all major economic activity being executed on-chain. It is tremendous to see such forward-thinking support from the largest regulator of national banks in the United States.”

Since Brooks has gotten into government he has been working towards this goal. Brooks was appointed last year as the head of the U.S. Office of the Comptroller of the Currency (OCC).

Brooks expressed in his first official acts, he considers the blockchain technology as a “game-changer” and considers Bitcoin, Ether, and XRP in particular as problem solvers. So what is the OCC and why is this bullish for cryptocurrency? The OCC’s office is an independent office within the United States Department of the Treasury that serves to regulate and audit all national banks and savings banks as well as the federally licensed branches and agencies of foreign banks.

Brooks himself specifically referred to three cryptocurrencies as prime examples of the potential of blockchain and financial technology. Forbes noted at the time: “Interestingly, he’s looking for decentralized networks in general — he cited Bitcoin, Ether, and XRP in particular — to solve many of the problems hindering more than one-thousand financial institutions under his purview.”

Further, if that didn’t get the bulls going, Brooks stated in his “regulation proposal” on June 2nd, that he advocates a revision of the existing regulations on “digital assets of banks”. In particular, Brooks also expressed concern about the ancient methods used by banks to transfer money.

“It takes three days if you’re trying to send money from the US to Europe… on the SWIFT network. Your money is at risk during that period. And even when the money is transmitted, foreign exchange fees are incurred. But a digital representation of value on both sides of the transaction can eliminate that friction and those costs,” Brooks wrote.

With the news today, federally regulated banks can use stablecoins to conduct payments and other activities. However, the recent STABLE ACT which stands for Stablecoin Tethering and Bank Licensing Enforcement may threaten some stablecoins in the short and long term, as Coinivore highlighted.

Under the guise of “protecting people,” the legislation would require stablecoin issuers to obtain a banking charter, meaning only banks would be able to issue stablecoins.

There are four major provisions in the bill:

Congress further said: “Digital currencies, whose value is permanently pegged to or stabilized against a conventional currency like the dollar, pose new regulatory challenges while also represent a growing source of the market, liquidity, and credit risk.”

Rep Congresswoman Rashida Tlaib argues that the STABLE Act, is there to protect people, writing: “The STABLE Act would protect consumers from the risks posed by emerging digital payment instruments, such as Facebook’s Libra and other Stablecoins offered in the market, by regulating their issuance and related commercial activities.”

This comes after the U.S. Treasury released a statement last month from U.S. President Donald Trump’s Working Group on Financial Markets which was endorsed by Brooks, Coindesk reported.

Why Buy Crypto When You Can Earn It? FREE GUIDE HERE! 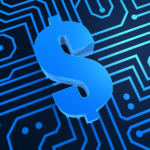