The White House has released a statement on regulatory considerations for stablecoins which includes a proposal for limitations on “multi-currency stablecoins.”

This announcement comes after a busy Christmas week for the Treasury Department issuing guidance on issues related to “virtual currencies.” FINCEN announced rules that would make exchanges gather KYC details for withdrawals to self-hosted wallets, which Coinbase has requested more time to analyze. And the SEC issued a statement regarding custody of “security tokens.”

The latest statement comes from U.S. President Donald Trump’s Working Group on Financial Markets, which is a Treasury arm group that makes recommendations to the president and federal regulators on fiscal regulation.

The group highlighted the importance of anti-money laundering (AML) and counter financial terrorism (CFT) measures, including on-chain know-your-customer (KYC) verification among all parties transacting with stablecoins which would kill DEFI (decentralized finance).

The new report further states that stablecoin issuers should be able to fully comply with sanctions obligations, as well as have the ability to enable one-to-one reclamations. However, it is unclear how algorithmic stablecoins or crypto-backed stablecoins like DAI would be affected by the working group’s suggestions.

The working group’s statement additionally adds, that stablecoins could pose a threat to “international monetary stability” and recommends actions so that “stablecoin arrangements should not undermine confidence in and the ability of domestic fiat currencies.”

“The statement reflects a commitment to both promote the important benefits of innovation and to achieve critical objectives related to national security and financial stability.  Regulators will continue to look closely at stablecoin arrangements, and look forward to future dialogue on these issues,” Treasury Deputy Secretary Justin Muzinich said in a statement.

This comes after Coinivore recently highlighted a new bill that was introduced to Congress, called the STABLE Act, which stands for Stablecoin Tethering and Bank Licensing Enforcement.

Under the guise of “protecting people” the legislation would require stablecoin issuers to obtain a banking charter. Meaning, only banks would be able to issue stablecoins.

There are four major provisions in the bill:

Congress further said: “Digital currencies, whose value is permanently pegged to or stabilized against a conventional currency like the dollar, pose new regulatory challenges while also represent a growing source of the market, liquidity, and credit risk.”

Rep, Congresswoman Rashida Tlaib, argues that the STABLE Act, is there to protect people, writing: “The STABLE Act would protect consumers from the risks posed by emerging digital payment instruments, such as Facebook’s Libra and other Stablecoins offered in the market, by regulating their issuance and related commercial activities.”

It’s billed as a way to not “let Wall St and Silicon Valley own the future of digital payments.”

However, these regulations help big banks and Wall Street because they already have banking charters, while it takes away freedom from individuals being able to transact a stablecoin outside of the traditional financial system.

This appears to be less about protection and more about financial control as the US Federal Reserve works towards its own central bank digital currency.

Do they fear competition from permissionless USD stablecoins? After all, the difference between the bank digital currencies and cryptocurrency is freedom.

RECOMMENDED READING:
How To Buy Your First Bitcoin

Government vs Crypto: The Battle Begins

Digital Currencies and US Dollar Dominance 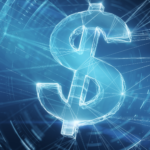