Bitcoin’s returns are no longer astronomical.

At this time last year, the financial press was filled with stories of bitcoin’s outsized returns. The controversial cryptocurrency had been the highest performing asset of the 2010s, by orders of magnitude besides. CNN reported that its decadal returns were in the millions of percent. Vildana Hajric at Bloomberg kept repeating the 9,000,000% return figure. Crypto Twitter was filled with people celebrating bitcoin’s financial success.

Investigating that claim I argued that bitcoin’s astonishing returns were made possible by starting from a ridiculously low base ‒ 50 cents, 0.07 cents, or even 0.0036 cents. Using the earliest prices we have for this strange new beast, the return claims were somewhat conservative ‒ a rare trait in the crypto sphere.

I pointed out that its return was a consequence of basic arithmetic: bitcoin, insofar as it had any value at all by the beginning of the last decade, was so small that calculating its returns ‒ given that it amounted to anything at all ‒ would inevitably end up in the millions of percent. The timing, too, was fortunate, having the full decade to explode into bloom. Concluding that investigation, I wrote that “we may confidently state that bitcoin’s return dominance is over.”

After a crazy 2020, with narrative shifts (from internet money to uncensorable store of value), institutional money entering the scene, high-profile investors and corporate treasuries moving into bitcoin, and an eye-popping bull run during the fall, my conclusion still holds. As bitcoin’s insane million-percent returns over the 2010s was mostly a feature of starting from a low base, this feat can never again be repeated. Beginning the year at $7,193, no amount of return could place bitcoin in the same category of performance (a million-percent return would have required BTCUSD approaching $7,200,000,000 ‒ valuing the bitcoin network as a whole at some 300 times the world’s current financial assets!). Ending the year at $29,001, for a neat 303% return, its return dominance days are indeed over.

Other Assets Beating Bitcoin in 2020

While a 303% one-year return is astonishing for financial markets that historically deliver real returns of about 5-7% (but more commonly 15-20% outside crises years), Bitcoin in 2020 was a far cry from its record-setting past. Plenty of other securities beat that, even in years where major central banks haven’t printed money like there’s no tomorrow.

In fact, Bitcoin wasn’t even the best-performing cryptocurrency among those that most people can even name: the holder of the eternal second, Ethereum, enjoyed a 464% return. Several other major cryptocurrencies, like Litecoin and Stellar, saw returns of almost 200%.

Using precisely bitcoin’s advantage for the period 2010-2020, lots of unknown penny stocks returned more than bitcoin’s meagre quadrupling ‒ as did countless leveraged instruments in FX or derivatives markets. Excluding those, we still easily find stocks that beat bitcoin’s 303%. In the pandemic year we just had nobody is surprised that certain companies rode that wave to bitcoin domination.

It surprises nobody that the biotech company Moderna and the video conferencing software Zoom show up on this list, posting 434% and 396% returns, respectively (Novavax, anyone?). Other companies in this category include the exercise company Peloton, whose stock also returned 434% over the year.

Of course, with the never-ending chatter from Elon Musk and the many millionaires he “has made,” most people knew that Tesla shares also vastly outperformed bitcoiners in 2020. With an increase of 743%, the Tesla stock was the unrivalled champion of major companies last year, joining the S&P 500 index as the sixth-largest company by market cap. Bubble or not, the mania and zealotry surrounding bitcoin may be rivalled only by the many hardcore fans that support Musk’s company. Another well-known company, at least for consumers, is Etsy, the e-commerce site whose 302% return just rivals bitcoin’s.

Plenty of other well-known companies have seen their stocks explode since the market panic in the spring. The payment processor Square trails bitcoin’s returns for the full year (248%), but rivals its returns since the March bottom, 471% vs Bitcoin’s 484%. Singaporean gaming company Sea, co-listed in New York, posted a 384% return, also outperforming bitcoin. Some other lesser known companies that also beat bitcoin include Chinese online marketplace Pinduoduo (+370%), solar energy company Enphase Energy (+571%), and the hydrogen hopeful Plug Power (+840%). The software sector, the pandemic’s undisputed winner, includes a number of successful companies that rivalled or overperformed bitcoin: Fastly (+345%), CrowdStrike (313%), Appian (302%), Pinterest (+265%).

Admittedly, all of these companies are at least an order of magnitude smaller than bitcoin in terms of market capitalization.

Truth Is Not Established by a Show of Hands

The cryptocurrency industry is a fascinating space. In it, bitcoin offers a valuable exit from tyrannical governments, in the third world as well as our own. As nobody seems to quite know what bitcoin is supposed to be ‒ a financial privacy tool, a store of value and inflation hedge, a global medium of exchange, a glorified Venmo, a global low-cost money transmitter ‒ its success can’t convincingly be determined by use in any of these areas. One thing is clear: whatever the first cryptocurrency network attempts to be or whatever its more devoted promoters desire, its success isn’t determined primarily ‒ or at all ‒ by its dollar-denominated market price.

A neat 300% return (or closer to 500% if you timed the bottom of the corona crash well enough) is nothing to sniff at, but like most assets that post that kind of return, it’s been a bumpy ride. Compared to the S&P 500’s 16.3% return, bitcoin most certainly delivered for its holders (“HODLers”) in 2020.

No matter what your opinion is on bitcoin, its financial returns are no longer astronomical. Plenty of upstarts, small caps, established companies and even other cryptocurrencies posted that kind of return in the strange financial year that was 2020.

Welcome back to the lower troposphere, bitcoiners ‒ or as the rest of us call it: reality. 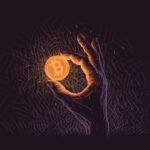