Major U.S crypto firms are all united in resistance to new AML laws proposed by FinCEN, warning they could drive users away from regulated platforms making it harder for authorities to trace transactions as well as stifle innovation.

A partial list of cryptocurrency companies and individuals opposing the new FinCEN rules is below:

US Chamber of Commerce

FinCEN’s proposed regulations would force businesses operating with crypto to gather identifiable information on the identities of non-customer counterparties, which doesn’t make much sense.

A Jan. 4th letter from Jack Dorsey, CEO of financial services firm Square, takes aim at the proposal for seeking to impose reporting responsibilities that go “far beyond what is required for cash transactions,” and that Square would be expected to collect “unreliable data about people who have not opted into our service or signed up as our customers.”

“Counterparty name and address collection/reporting should not be required for [virtual currency] CTRs or recordkeeping, as it’s not required for cash today.”

Square foretells that if passed, the law would force cryptocurrency users toward unregulated and non-custodial crypto services based outside of the U.S. — this would put cryptocurrency users at risk of losing funds and make it harder for regulators to track transactions.

“By adding hurdles that push more transactions away from regulated entities like Square into non-custodial wallets and foreign jurisdictions, FinCEN will actually have less visibility into the universe of cryptocurrency transactions than it has today.”

It’s also worth mentioning that requiring KYC for all exchanges could be exploited by bad actors who could use such a law to acquire users’ identities and then sell them on the darknet with a fake business or collect users’ addresses, d0x them and potentially expose them to physical damage. Further, as Chainalysis details, these laws won’t stop money laundering, as Coinivore reported.

Major U.S.-based crypto exchange Kraken also criticized the proposed regulations, slamming FinCEN for failing to provide estimates for the cost of implementing the rule. Like Square, it warned that the law will drive users away from regulated platforms.

“It virtually guarantees that the evidence available to law enforcement today will be placed outside their reach tomorrow,” Kraken concluded, adding:

“It is quite clearly a politically-motivated piece of midnight rulemaking, the publication of which diminishes the trust we have placed in FinCEN.”

Amid all this, Shapeshift which switched to a KYC model years ago, has recently discussed getting rid of the KYC element and shifting its model into a decentralized exchange.

“ShapeShift’s original model was designed to protect users, providing instant liquidity without requiring them to trust a custodian,” Erik Voorhees told CoinDesk. “We had to be the counterparty – the market maker – to provide that service at scale. The decentralized protocols are now providing a superior service, so we’re embracing this evolution and helping our customers easily connect with them.”

Voorhees stated the integration will not only allow its U.S. customers to use the platform without needing to perform KYC onboarding but also will let ShapeShift open up “more jurisdictions, not fewer” as the exchange “removes itself from regulated activity.”

“Because ShapeShift is no longer acting as any form of financial intermediary or counterparty, this new, frictionless [user experience] frees users from having to provide personal, private information,” a press release from ShapeShift stated.

FinCEN controversially only gave cryptocurrency users and companies 15 days to respond to the proposed regulations, ignoring the normal 60 days which would be provided for such laws.

Besides crypto companies, numerous lawmakers have voiced their concerns with the proposed rules in a Dec. 9 letter addressed to Treasury Secretary Mnuchin, as Coinivore reported.

The authors’ four members of the Congressional Blockchain Caucus, Warren Davidson, Tom Emmer, Ted Budd and Scott Perry argued in their letter that such limitations:

“Would hinder American leadership and preclude meaningful participation in the technological innovation currently underway throughout the global financial system.”

The four lawmakers further outlined their “concern regarding reports that the Treasury Department is considering issuing regulations that would restrict the use of self-hosted wallets.” 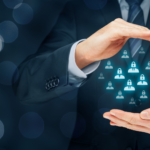