Articles about cryptocurrency prices are total clickbait. I’ve mostly avoided them during my career unless something really unusual happened.

The price of Bitcoin (BTC) simply cannot be ignored. This is something more than a bull run. Our ecosystem has been on some runs, boy, but nothing like this — nothing even close.

As of publication, BTC is resting at an eye-popping and rather comfortable $52,000 price. Everyone, of course, is taking credit for having predicted as much. The salty are either in hiding or trying to explain it away.

Some skeptics have begrudgingly come around as a result of undeniable metrics and in attempt to very much avoid making themselves poorer. Dislike a crypto project all you want, but never let emotion stop you from making money. Sheesh.

Back in 2013, which honestly seems a lifetime ago, venerable retail financial advice firm The Motley Fool (TMF) argued “Why Bitcoin Is a Horrible Investment Idea.” The syllogism is almost quaint in 2021, worries of a bygone era.

The author goes through all the tropes, comparing Bitcoin to gold, how gold is tried and tested, and listing the failed attempts at digital money through trusted behemoths such as Facebook (waaaay before Libra/Diem). Heck, if Facebook, the darling of all things tech and Wall Street, cannot do digital currency, … no one can.

It’s an article periodically that made its way through crypto circles as Bitcoin hit ever-new highs and the years wore on. The Motley Fool’s take on peer-to-peer electronic cash appeared to get wronger (!) as time passed. A company famous for pointing out irrational pieties and dogmas of legacy trading had itself become what it hated.

The Motley Fool was something of a punk rock retail financial movement back in the early 1990s. Brothers David and Tom Gardner are polar opposites of Gordon Gekko. No wolves of Wall Street snorting booger sugar off the derrieres of coeds they. The Gardners were youngish, balding, smiling straight talkers. Everymen.

Their investment advice was cribbed directly from American mid-western wisdom popularized by Warren Buffett. Don’t invest in industries and companies you don’t understand. Get literate. If you’re able, trek down to the business’ headquarters or outlets. Talk to employees. Talk to customers. Actually buy the widgets being sold if only to test distribution chains and quality. Dive into their financials: dividends, price-to-earnings ratio, cash on hand, etc. Attend shareholder meetings.

Above all, refrain from timing markets, from rank speculation of the kind Buffett was famous for criticizing as a form of gambling. Investment is different.

Buffett credited his investing philosophy to that of Benjamin Graham and works such as the 1949 classic, The Intelligent Investor. Graham removed all the sex and emotion from trading. He encouraged a new breed of saving to beat inevitable inflation, with us like death and taxes. Due diligence and then buy-and-hold.

It proved to be a winning strategy. Berkshire Hathaway, Buffett’s company, ran circles around competitors for decades. Buffett’s championing of the Graham practice also inadvertently boosted retail investing, leading to reforms about access to the world’s largest investment markets for the everyman.

But Value Investing is also by nature contrary. It often roils proponents of the new-new thing, futurists, and self-styled visionaries. Buffett would still rather invest in railroad companies than cryptocurrency, for example. He’s now almost a lone holdout as institutional investors tethered to legacy finance can no longer afford to ignore Bitcoin.

Easiest way to get your first bitcoin (ad)

The Oracle of Omaha has gone further in not investing in Bitcoin. He’s called it a delusion, of no value, rat poison.

And so it’s not surprising to find in that fateful 2013 TMF screed, “Why Bitcoin Is a Horrible Investment Idea,” with Buffett quoted at length. It is Buffettism on display.

However, Bitcoin, it turns out, has been not only a hinge-of-history financial invention, it’s also a world-leading investment. Readers are no doubt familiar with its numbers, staggering all of them.

It’s also not too shocking The Motley Fool has come down with a case of a seven year itch fear FOMO.

It’s one thing to recommend others take the crypto plunge. It’s quite another to do that and announce you’re also willing to put some skin in the game.

“In our 10X real-money portfolio,” TMF explained, “we are recommending and buying Bitcoin. It will be a core holding in our 10X portfolio. There are 39 other stocks we believe are on a path that could potentially lead to 10x returns at some point over the next 15 years. We believe Bitcoin could deliver those returns as well.”

It is easy to dunk on The Motley Fool, but at least they’ve humility enough, or sense enough, to change course. They’re clearly trying to avoid the Krugman Curse, the US economist to Presidents who in 1998 pathetically declared the internet to a fax machine fad sure. Krugman will live in infamy, and deservedly so.

“In addition to this portfolio allocation in 10X,” TMF continued, “in the coming weeks The Motley Fool will also be separately buying $5 million in Bitcoin on our own balance sheet. We will not only wait for all of our members in 10X to be able to buy before we buy our 10X allocation, but we’re also giving all Motley Fool members a chance to review this guidance before we separately stake $5 million of The Motley Fool’s own capital.”

Had they invested the same amount back in 2013, they’d be sitting on about $2.5 billion in sweet gains.

Maybe the Value Investing crowd has entered the digital age. 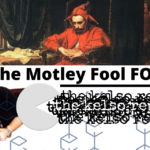