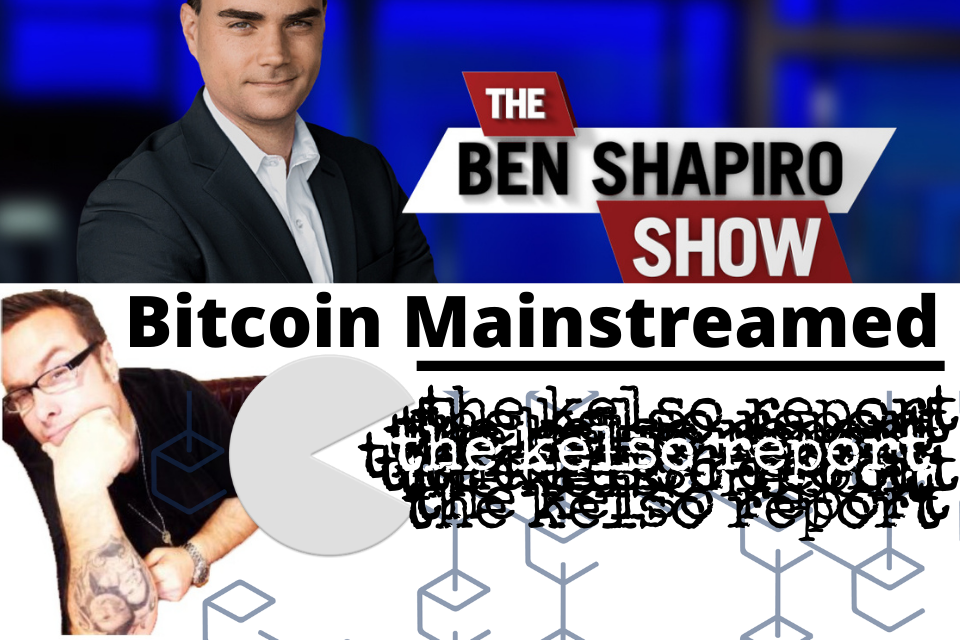 BITCOIN: The Future of Finance or Fool’s Gold? is American conservative pundit Ben Shapiro’s latest somewhat in-depth attempt to explain the future of money and its importance.

Shapiro is a political polemicist known for savaging, destroying, smashing, as his rabid fan base often characterizes, ideological foes during debate. Viral video clips of the 37 year old’s nearly two decades (yes, two) of offering quips and cutting rejoinders are not hard to find. His views can be consumed on nearly every kind of media platform, including podcasts, books, columns, and at highly coveted in-person speaking events (his specialty is candid question-and-answer sessions).

Of late, Shapiro has taken to a debunking series, offered in small bites every Friday. He takes-on hot button cultural issues mostly, offering red meat apologetics for his philosophical tribe. His foray into Bitcoin is the latest vignette in this series, hoping to seize upon a raging bull market and historic levels of interest. As of publication, his Bitcoin primer has half a million views.

His core audience (in the millions) is male and tends to skew younger, and, at least rhetorically, the Republican Party to which Shaprio aligns tends to be more interested in monetary issues and less statist solutions. Again, rhetorically, theoretically.

It’s probably correct to argue Shapiro is the heir to the Rush Limbaugh legacy: mainstream conservatism, pro-police and military, but with a slightly more libertarian bent. He is a religious observant, married, and has a young family. He’s a safe mainstream choice with some argumentative edge, and often employs humor to get across whatever focused concept.

He has in recent years mentioned Bitcoin in passing, approvingly, with nods to its government-skeptic assumptions. This is his first real exposition on the matter, however.

BITCOIN: The Future of Finance or Fool’s Gold? is pure Shapiroism.

The quick-talking folksy philosopher outlines personalities for and against, and then transitions into a sermon on what he believes money is. He rightly understands money’s traditional use is to convey a transfer of value based upon an underlying asset.

That inevitably leads to sea shells and then to gold, and the rest is pretty stock in terms of Bitcoin money discussions.

Shapiro then dovetails into a discussion about the hard metal proxy and its connection to US fiat being severed as governments looked to inflate. While that’s hardly news to crypto enthusiasts, all of it might be a revelation to the uninitiated. It just might be the first time, if the YouTube comments are any indication, Shapiro’s audience has ever really considered notions of how governments pay for goodies and programs.

Politicians weakening hard money attributes, converting entirely to fiat, is still a very compelling line of attack when offering crypto’s potential to noobs. Shapiro does this skillfully, playfully, without resorting to doom-and-gloom about wars, the Federal Reserve’s evil, or looming cabals — all of which can be turnoffs when folks first grapple with Bitcoin.

He instead sticks with basics, the fundamentals in broad strokes: Bitcoin is a digital version of gold and could possibly be a viable alternative for those looking to keep their wealth above water as governments inflate currencies into oblivion.

To his credit, Shapiro posits Bitcoin’s success in the absence of government control. And he does this without resorting to scare tactics or asking viewers to join a militia. He instead turns it into a common sense future choice, something a decentralized market can offer.

Again, it’s a basic, first step into sliding down the Bitcoin rabbit hole. Other projects beyond Bitcoin, such as Ethereum and Litecoin, get cursory mentions, and that always tends to bother coin sectarians. It shouldn’t. Shapiro is himself the media and message here: just his taking Bitcoin seriously is enough to red pill millions of young men in the US on the concept of stateless money.