China’s digital currency has left the testing stage and is set for a full rollout to the entire country and region. For some reason, the major media stories on the topic circle around the issue of Bitcoin, invented in 2009 as an alternative to government paper money.

Just because a money has the word “digital” in the title doesn’t mean it is a form of Bitcoin. It is not. It is nothing more than a government currency with a different delivery system.

The value of Bitcoin and other uncensorable, trustless, decentralized cryptocurrencies and assets was to no small extent based upon the interlocking relationship between the distribution of new currency units and the processing power needed to drive transactions.

Cryptographic security gave the blockchain actual use value. That market-derived valuation – seen in the live, ticking price of coins or other mining rewards for public blockchains – provided an incentive for miners to compete in the packaging of blocks. The robustness of a large number of competitive miners contributes pivotally to the security of the ledger, through a form of node “diversification” and the inability of one miner to dominate the hashrate.

No such thing exists in a state-issued digital asset, which would more accurately be termed a pseudo-crypto or a government digital currency.

Get $10 in FREE Bitcoin with your first purchase!

The assertion that a central bank-issued digital currency would reduce certain transaction costs and be less error prone is likely accurate. But at what cost? Other assertions – for example, that they would necessarily reduce real interest rates – hinge critically upon how exactly the digital currency in question is structured, and the purposes for which the currency is used. (One should also be suspicious of the ceteris paribus assertion that lowering interest rates is necessarily a positive outcome and not highly context-driven.)

Diem (Libra), Facebook’s proposal for a multi-asset backed (but still centrally-managed) currency, was far from an authentic crypto. Nevertheless, political entities from states to regulatory agencies around the world leapt to quash it. The issue is not even decentralization vs. centralization, but government-centralization. Every political incentive is directed toward monolithic control, which is evident in the design of the digital Yuan.

In short, everything that makes Bitcoin what it is is absent from this thing. Bitcoin was a fantastic revelation in the modern age because it demonstrated that government is not necessary for the existence of money. It needs no issuing authority or technocratic management.

Bitcoin demonstrated that money can be both private and live on a decentralized ledger that is unowned by anyone: it solved the Byzantine generals problem. It can be both a currency unit and a means of payment in one unified package. To see it come to life in real time and then gradually develop a $1.1 trillion market cap was remarkable – especially in the face of intellectual incredulity and unrelenting government attacks.

Governments who attempt to create their own crypto now are merely seeking to bathe in the warmth of one of our epoch’s greatest creations even while they eschew everything that made Bitcoin and other tokens so wonderful. The market itself is now in a position to decide. In the long term, the market will choose its friends over its enemies.

Why Buy Crypto When You Can Earn It? FREE GUIDE HERE

Critics Claim Bitcoin Is a Threat to the Environment. They're Wrong. 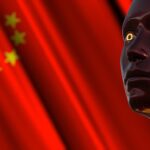