What are privacy coins sometimes also called anonymity enhanced cryptocurrencies (AEC)? They are digital cash alternatives that seek to recreate cash’s anonymity in a world of digital payments.

Why would anyone need privacy or anonymity in their transactions? In today’s world who doesn’t shred their important documents to protect themselves from identity thieves?

Every government, corporation, website, and ecommerce store is collecting more and more metadata on everyone they interact with. All this metadata is sold, bartered and traded so you can be advertised out of your last penny and so your friends, hobbies and patterns can be analyzed to manipulate you in a myriad of ways.

Would you want your fellow employees exploring your company’s transactions to determine your salary and spending habits? How about the kid you paid to mow the lawn? The stalker watching your transactions to figure out when you stopped for gas at night?

Bitcoin was a huge advancement for private transactions when it was first used on the darknet through websites like Silk Road. However, although Bitcoin is pseudonymous and more private than banking transactions, it is still far from anonymous. On-chain forensic examination of bitcoin transactions have been able to uncloak users’ identities.

Privacy coins, or (AECs), use different techniques to obfuscate transactions. Some give users the option to use the privacy features or not, while others turn them on for everyone by default. Options can be nice to have, but it can mean half of the transaction is open to public view if you transact with someone not using the privacy features.

A study by Copenhagen Business School concluded that privacy coins are here to stay because they are impossible for governments to regulate:

“If decentralized privacy-preserving cryptocurrencies become popular in the future, to the point they can be routinely exchanged without users having to convert to other currencies and systems, there is no obvious way for regulators to impose post-hoc regulation.”

The crypto space can be complex and confusing. Privacy coins can seem even more so. Hopefully this article makes them a little less confusing by presenting these options in way that explains what makes them more private.

Monero is a privacy-focused cryptocurrency released in 2014. It is an open-source protocol based on CryptoNote. It uses an obfuscated public ledger, meaning anyone can send or broadcast transactions, but no outside observer can tell the source, amount, or destination.[1] A proof of work mechanism is used to issue new coins and incentivize miners to secure the network and validate transactions.

Monero uses different privacy-enhancing technologies to achieve anonymity and fungibility. It has attracted users desiring privacy measures that are not provided in more popular cryptocurrencies. However, it has also gained publicity for illicit use in darknet markets.

Monero uses Stealth addressing to hide transactions and adds RingCT to hide the sender by adding signatures from past transactions. This means it becomes even harder to determine who sent a transaction.

The video below gives a deeper explanation of how Monero works:

Zcash’s website says “Today, most wallets and exchanges exclusively support t-addresses, although support for shielded addresses is available for mobile and desktop wallets.”

This is one where the option is there but seems to not be used in most cases. You need to pay attention to what is going on if you are using Zcash for its privacy. When you are transacting with t-addresses, or on exchanges that don’t use z-addresses, you may not be as private as you wanted since metadata remains in the blockchain.

Results show that, introducing strict security and anonymity requirements into the cryptocurrency ecosystem makes the coin effectively untraceable, as shown by Monero. On the other hand, Zcash still hesitates to introduce changes that alter user behavior. Despite its strong cryptographic features, transactions are overall more traceable.

Pirate Chain (ARRR) aims to be a completely anonymous cryptocurrency that is secure and untraceable. It takes Zcash’s z-address and makes them mandatory. Blocks only retain that a transaction took place and the fees. The blocks do not retain the send address, receive address and the amount. No stored metadata so it is untraceable.

Verge is a fork of Peercoin (PPC) originally called DogeCoinDark. It was re-branded in February 2016 to help distinguish it from Dogecoin (DOGE).

The Verge wallet uses the Tor network to obfuscate IP addresses. Verge uses stealth addressing. Stealth addressing uses a unique payment address for each transaction. Like zCash and Pirate Chain’s z-address no sender, recipient or transaction metadata is stored. Since all transactions are sent to a one time address That means outsiders can not track a merchants customers, repeat customers or if they even have customers.

Verge uses a multialgorithm mining using 5 different hash functions Scrypt, X17, Lyra2rev2, myrgroestl and blake2s opening it up to more mining hardware than is used for other coins.

Verge also features Atomic Swap to allow decentralized exchange with other BIP65 enabled blockchains. Allowing you to exchange your XVG for other coins without going through a third party.

Firo, formally called Zcoin, was the first cryptocurrency to implement Zero-knowledge proofs. When flaws where found they went on to create new protocols Sigma, Lelantus and Dandelion.

Dash (DASH), originally called Darkcoin, can be used as a private cryptocurrency because it uses PrivateSend — a coin mixing protocol to obscure the source of funds. Coin mixing works by breaking your funds up in standard denominations. PrivateSend then sends a message to a masternode of the denomination and amount you would like to mix. When the master node receives at least 2 other messages from other wallets seeking to mix the same denominations it mixes everything up. The masternode then tells each wallet to pay the result to one of the wallets change addresses. Your wallet generates thousands of change address as needed. Each of these mixing secessions is called a round. The mixing a continues until it reaches your specified number of rounds. You can have PrivateSend mix 116 rounds, effectively hiding the transaction history of the DASH.

Dash’s decentralized network has a second layer of masternodes. InstaSend another feature of Dash use the masternodes to verify the transaction is valid and locks the inputs promising they will be included in future blocks. This removes the need to waiting for the transaction to be mined to a block.

Grin (GRIN) is a privacy-preserving digital currency that uses the Mimblewimble protocol “Grin has no amounts and no addresses. Transactions can be trivially aggregated. To hide the origin of a newly created transaction, it gets relayed among a sub-set of peers before it is widely broadcasted.” Mimblewimble leverages cryptography to remove past transaction data with no compromise on security.

Beam (BEAM) is another privacy cryptocurrency that uses the Mimblewimble protocol. Beam bills itself as a “confidential cryptocurrency” where all transactions are private and no information about transaction participants is stored in the blockchain. Beam also offers BeamX, a confidential decentralized exchange that uses atomic swaps to facilitate trades and DeFi functions.

Apollo (APL) is a newer privacy focused cryptocurrency with a private ledger and core wallet that uses IP masking, coin shuffling and mixing, and encrypted messaging. Apollo also claims to be the “fastest sustainable blockchain” with 1-2 second transaction speeds. Apollo’s wallet is accessible by a wide range of options like Windows, Android, iOs, Linux, Web, OSX, and BitFi.

This is just a short overview of some of the more popular privacy coins. As always do your own research to find the best fit for you. Determine if privacy by default is what you require or just the option to be private for some transactions. Determine if having your IP address obscured is something you require as well.

As innovators continue to work to increase privacy, it is important to note that The Financial Action Task Force has recommend regulations that have led several exchanges de-listing privacy coins because they are too private to comply. This is a strong endorsement that privacy coins work as advertised.

And here is more recommended reading for how to securely store your digital assets offline using hardware wallets. 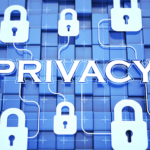