After Bitcoin and Ethereum, Dogecoin has created quite the stir in the world of cryptocurrency. With its stupendous popularity and prices soaring high into the clouds, everything looks very overwhelming, right? People everywhere are scrambling to find returns and want to know how to buy Dogecoin stock.

The first-generation cryptocurrency that can be used for transferring value to any part of the world is Dogecoin. This popular cryptocurrency is ideally aimed at making peer-to-peer transactions censorship-resistant a piece of cake.

But before jumping onto the bandwagon, there are many things that you need to know about Dogecoin.

DOGE is available in select exchanges in the US. Some are purely based on peer-to-peer trading, and can also be operated by residents of Canada, Singapore, Australia, New Zealand, South America, and the UK.

So, how will you keep your Dogecoins?

The best way to keep it is in crypto wallets that you can download onto your smartphone. For a substantial investment in DOGE or for holding it for long periods, you can think of using a hardware wallet, too. The job of a hardware wallet is to store the cryptocurrencies in “cold storage.” This is just a way to save cryptocurrencies from online threats and fraudulence.

Why Buy Crypto When You Can Earn It? FREE GUIDE HERE

Guide For How to Get Binance and Earn Interest

Dogecoin Moves Into Top 25 Cryptocurrencies Thanks To Redditors 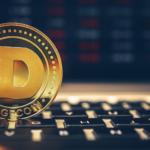