Holders of Bored Apes or Mutant Apes will be able to mint a new item for free in Yuga Lab's upcoming release, causing both collections to rise in popularity on OpenSea on Thursday. 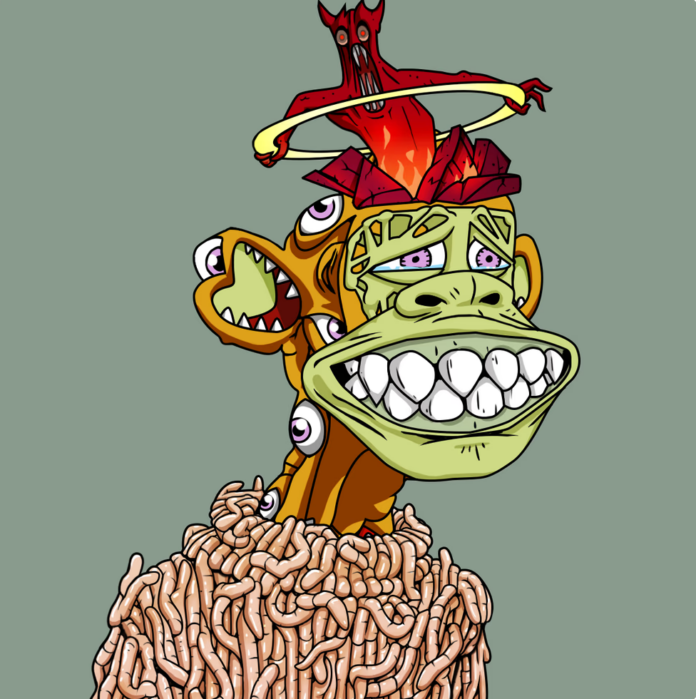 As the Thursday afternoon sun shone down on the digital realm of OpenSea, the Mutant Ape Yacht Club (MAYC) collection, a 19,439-edition expansion of the beloved Bored Ape NFT ecosystem, found itself perched atop the leaderboard, with trading volume surging by a notable 14% over the preceding 24 hours.

Attracting the attention of many, the floor price for entry into the MAYC collection stood at a relatively affordable 17.5 ETH, roughly equivalent to $25,000, making it a cost-effective gateway for those looking to immerse themselves in the world of Bored Apes.

On Thursday afternoon, the Bored Ape Yacht Club (BAYC) collection, the 10,000 edition flagship of the Bored Ape NFT ecosystem, found itself riding a wave of popularity with trading volume surging by an impressive 238% over the preceding 24 hours.

The floor price for entry into the elite BAYC collection, according to OpenSea, hovered around 78 ETH, equivalent to a whopping $111,000, making it a highly sought-after addition to any NFT enthusiast’s collection. Meanwhile, the Bored Ape Kennel Club (BAKC) – a collection designed to complement its flagship counterpart – also saw a significant boost in trading volume with a 47% increase over the last 24 hours.

The BAKC’s floor price, as of Thursday afternoon, stood at 9.1 ETH, roughly $13,000, making it an accessible option for those looking to join the Bored Ape NFT ecosystem.

The surge in popularity is a result of the announcement made by Yuga Labs, the parent company, that it will be releasing a “Sewer Pass” NFT that can be claimed for free by current holders of BAYC or MAYC NFTs. Additionally, holders of a BAKC NFT can combine it with a BAYC or MAYC NFT, which will allow them to mint a “higher-tiered Sewer Pass,” as stated by Yuga Labs.

As the anticipation for Yuga Labs’ upcoming “Sewer Pass” NFT mint grew, holders of BAYC or MAYC NFTs were given a glimpse into the mysterious world that awaited them.

Each Sewer Pass grants access to the game of Dookey Dash, a thrilling adventure that tasks players with reaching a score above zero, thus validating their Sewer Passes and transforming them into an enigmatic power source.

The true nature of this power remains a tantalizing mystery, but what is known is that the NFTs generated from this month-long experiment will be woven into the larger narrative tapestry of “Chapter 1” at a later date, as hinted by the project’s roadmap.

Furthermore, holders of the Sewer Passes are able to play Dookey Dash an infinite number of times, until the game concludes on February 15th, thus providing the opportunity for the Sewer Passes to be traded on the secondary market, and allowing even those outside the Bored Ape ecosystem to partake in the fun.