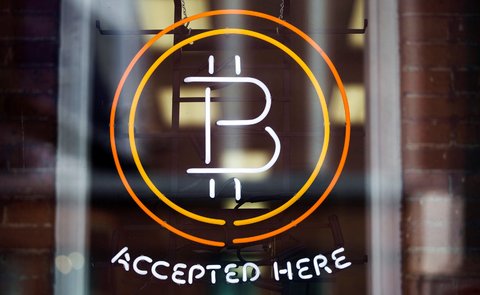 If you asked most people through history their biggest complaint about money, most would say they just don’t have enough of it.

But there have long been small factions dissatisfied with the dominant forms of money, which sought a more secure, private, efficient means of storing wealth and paying for things.

The digital currency Bitcoin emerged from these desires, enabled by pervasive access to the Internet and alarm over the failures of central banks and private financial institutions in the credit bust of the late 2000s.

Nathaniel Popper, a New York Times reporter who covers the interplay of finance and technology, has now detailed Bitcoin’s rise through the story of the quixotic utopians and mercenary opportunists who helped develop it in his new book, “Digital Gold: Bitcoin and the Inside Story of the Misfits and Millionaires Trying to Reinvent Money.”

As Popper notes in the attached video, privacy advocates had led the quest for “a new money for the Internet Age” since the 1990s, uneasy with the permanent traces left by electronic transactions and suspicious of the banks and governments that controlled the creation and flow of money.

Yet not much took hold until late 2008, when a still-unidentified figure who called himself Satoshi Nakamoto circulated a manifesto and software code for an ingenious system for “mining” Bitcoin using an open network of computers and securely but anonymously verifying the ownership and transfer of this currency.

This effort caught on with a broader assortment of libertarian coders, techno-utopians and outlaw profiteers.