Use These Cryptocurrencies For Private Transactions 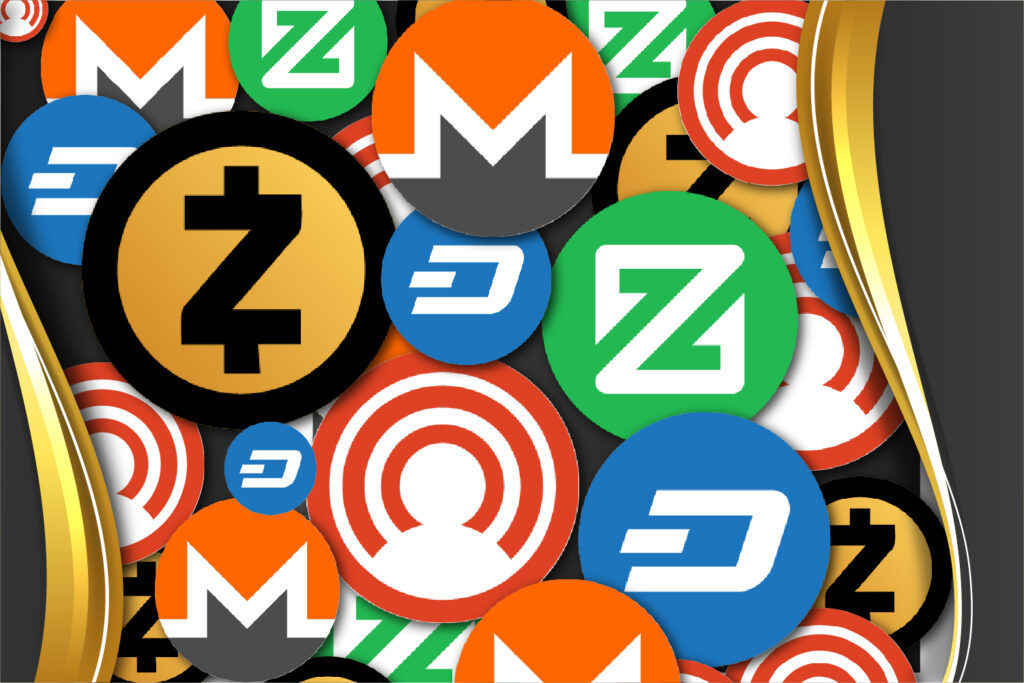 If I handed you a hundred dollar bill, gold coin, or other medium of exchange for a purchase no one except you and I knows that transaction took place. For thousands of years this was the norm of financial privacy. Money was fungible and could change hands thousands of times. The original issuers would never know what path that money had taken since creation. As time went on society began to develop modern banking and connections could be drawn between accounts. Written checks, property purchased, and other outflows of currency could now be linked together for legal and criminal reasons.

As cryptocurrencies came into the public consciousness we now had public blockchains which provided some anonymity if steps were taken, and a complete lack of financial privacy if not.

Bitcoin is the most obvious example, ground zero of blockchain technology. In the early days, it was very anonymous. There were no laws requiring companies to take your ID, name, address, or country of origin. Miners could generate what today could be worth millions of bitcoin on their home computers with no significant papertrail. The only thing tying them to that wallet balance is a random hash of numbers and letter we know as a public key. If you never moved those coins into a exchange with KYC rules, or made a purchase using your home address and real name, your Bitcoin would stay anonymous forever.

The point of a currency is to spend it eventually, even if you are holding it for a long term profit. A currency that is tethered to your ID and all subsequent transactions after it begins to lose appeal to anyone who enjoyed the privacy of cash. Bitcoiners used to turn to tumblers which would mix your coins up with a large amount of other coins and make several transactions and add time delays to obfuscate the final destination of your coins. In the end these countermeasures will prove to not be enough.

Companies such as Chainalysis exist specifically to examine blockchain connections to track the flow of digital currency. Blockchain analysis has been used to track the movement of darknet market funds, hacked funds from Mt.Gox, Bitfinex, and even Ethereum’s DAO exploit.

There is some value in being able to track transactions if you are a company, government, or business tracking the movement of normal legal transactions. This also opens you up to a third party audit if your addresses are known and public which may or may not be ideal. But for individuals having their complete financial history online may or may not eventually catch up with them in a bad way. The cryptocurrency community realized this as governments and law enforcement became more involved with tracking the movement of crypto capital. A new species of crypto was born that specialize in privacy and obscure the path that digital capital takes en-route to their destination.

The current king of privacy is Monero (XMR) which states in no unclear terms on their own site that their transactions are, “confidential and untraceable”. Their top to bottom approach of privacy in the transaction process appears to be unmatched in the scene so far. Monero uses a few different methods of hiding transaction information. The most important power visible is Monero’s process of transaction handling hides the sender, recipient, and the amounts from scrutiny. Users can provide payment IDs optionally for tracking/auditing if they so choose. Public keys do not appear on the blockchain which prevents third parties from snooping wallets and discovering how much is in each wallet and how much was sent.

As an added incoming feature Monero will be adding IP address protection through a new fork of the I2P protocol called Koviri. Once this feature is added combined with their other transaction methods Monero may continue to become more popular. It is also the most highly supported of the privacy based coins with some of the stronger recognition and exchange support. Monero has enjoyed recent success with a price spike over $100, darknet market acceptance, and even found use with the Shadow Brokers and the WannaCry hackers for payment purposes.

More information about Monero’s privacy features can be found on their stack exchange and this video explains them in more detail:

There are other competitors for a privacy based coins but so far based on the information at hand Monero appears to be the closest to a truly anonymous cryptocurrency. There are passionate discussions in different forums over which is the best. Crypto tribalism playing out over social media as the battle for dominance wages. It is choose your own adventure when it comes to privacy and crypto. All of these currencies have different attributes and weaknesses and provide different levels of privacy.

DASH and Verge for example have a “rich list” which can show interested parties the largest holders of their respective currencies. Transactions are not private and can be analyzed on their respective blockchains. Whether this can lead to tying a real person to a transaction is another matter. While this does not mean that their ability to transact value is lacking, those seeking a full privacy experience either need to take additional steps or consider looking at other currencies.

Dash (formerly Darkcoin) does implement a form of coin mixing using a method of Coinjoin that they have titled privatesend which does add a layer of privacy to the equation. It uses a mixing algorithm, like traditional bitcoin mixers, hides the path of your coins by combining your coins with others. For larger transactions there is a limitation of one thousand Dash which is a hinderance for larger entities to use privatesend. Dash does not mask the IP address being used by the sender, but a user can make use of Tor if they wish to further enhance their privacy.

Watch the video below for how Dash’s private send works under the hood:

Zcash (ZEC) appears to be the closest competition for Monero so far. ZCash implements shielded transactions (optionally) using zero-knowledge proofs known as zk-SNARK’s. This method allows the movement of value without revealing sensitive information about other parties. These proofs are a relatively new method in the cryptography world and provide a way to confirm a statement (such as a wallet balance) is true without compromising your own personal information. Zcash is relatively new on the scene and will be an exciting project to watch as it develops and improves.

Zcash’s shielded transaction speed has been slow and taken a little more time to do which isn’t a deal breaker for those valuing privacy. But having privacy and speedy transactions cannot hurt the utility of a cryptocurrency. Most transactions on the Zcash network are not even making use of the shielded transaction feature at this time. Just this week it was announced that a new process has entered into development to increase the speed of their private transactions. Crypto evolves fast based on the needs of the community as long as their developers care.

ZCash’s founder Zooko Wilcox appears to have his goals in order:

“We believe that privacy strengthens social ties and social institutions, protects societies against their enemies, and helps societies to be more peaceful and more prosperous,” Wilcox said. “A robust tradition of privacy is a common feature in rich and peaceful societies, and a lack of privacy is often found in struggling and failing societies.”

Cloakcoin has shown to be another option for the privacy minded. Cloakcoin takes a novel approach by creating a form of marketplace for users to participate in a mixing operation where multiple users participate in the inputs and outputs in exchange for a 1.8% fee. It has faced some criticism in the past for being a closed source cryptocurrency but according to recent tweets from their team they are preparing to go open source. This had led to a significant gain in their price as interest in privacy currencies swells. You can find out more details about Cloakcoin including their whitepaper here.

One of the issues researching these crypto privacy options is simply not knowing what options third parties have for analyzing transaction data to trace it to a person. New attack vectors can be discovered every day but good development teams should hopefully be able to stay on top of them. Privacy based cryptos are still in their early days, and Bitcoin is still king as a store of value. But unless fungibility issues with Bitcoin are solved someday there are now effective blacklists for some coins on the Bitcoin blockchain.

If you’re looking for an answer to the question, “Which cryptocurrency will keep me the safest from third party snooping?” this article won’t be able to give you a definitive answer.

With any luck it has given you some projects to investigate and examine. It would be nice to provide a simple answer to readers but in the interim it’s a simple matter of time. The community must sit and wait to see which projects flourish and prove to maintain the privacy of their users. We’re not sure which of these ventures might have a weakness or an unknown exploit. Many of these projects may have specific uses to certain people, and no practical value to others.

One thing is very certain. Privacy is becoming very valuable and rare on the internet.

In a free society users need to be able to freely transact without fear the same way we used cash or precious metals for the last few hundred years. So far, ZCash and Monero are looking very promising for secure private transactions. Things can change quickly as other projects roll out new features to gain a better foothold. The coins that provide a solution to ongoing privacy invasions in the cryptocurrency era will be heroes in a time where privacy is a luxury.