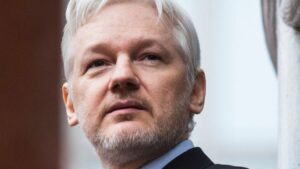 WikiLeaks founder Julian Assange thanked the U.S. government, claiming his organization has made a 50,000 percent return on Bitcoin after investing in the cryptocurrency in 2010 in an effort to keep the international whistleblower outfit going after the U.S. government forced Visa, Mastercard, and PayPal to boycott the group.

My deepest thanks to the US government, Senator McCain and Senator Lieberman for pushing Visa, MasterCard, Payal, AmEx, Mooneybookers, et al, into erecting an illegal banking blockade against @WikiLeaks starting in 2010. It caused us to invest in Bitcoin — with > 50000% return. pic.twitter.com/9i8D69yxLC

Assange, however, said that he has made a 50,000 percent return investing in the digital cryptocurrency Bitcoin over the six-year period.

This is due to the fact the U.S. government forced payment companies like Visa and MasterCard to carry out “an illegal banking blockade” against his organization. That move caused the WikiLeaks founder and others of the organization to seek alternative payment methods. The team opted for Bitcoin and later Litecoin, and they have since expanded recently to accepting the more secure altcoin Zcash as well.

WikiLeaks has been accepting cryptocurrencies since 2011 when a banking blockade attempted to cut the non-profit publisher off from its revenue streams. This caused widespread backlash as the international hacking collective Anonymous took down websites of Mastercard, Visa, and PayPal under Operation Payback.

Zcash uses cryptographic methodology called zk-Snark, a form of zero-knowledge cryptography, which allows the data of a transmission to be concealed. This means that people who donate to WikiLeaks can send a transaction without anyone or government ever being able to see who sent it or how much was transacted.

WikiLeaks supporters may find this advantageous to still be able to provide support for Assange in the Ecuadorian embassy but not end up on an intelligence agency watch list in the process.

WikiLeaks is notorious for publishing classified government documents bringing transparency to governments all over the world. 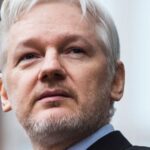