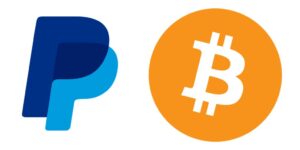 A recent patent filing by PayPal has revealed that the payment processor might be considering expanding its exposure into cryptocurrency with a new system for speedy transactions that was patented in 2016 which mirrors much of the ideas behind the second layer solution the Lightning Network.

Once the channel is opened, then secondary balances can increase or decrease based on payments made, and all such increases or decreases are bound to the blockchain address.

This is very similar to how the Lightning Network operates, with different “secondary wallets” transacting with each other while having their transactions bound to the blockchain balance allowing for quicker transactions.

Essentially describing Lightning Network hubs or nodes this is achieved through:

In other words, the system allows a user, in theory, to pay a third party through a second party so making it possible for Alex to pay Chris through Bill by allocating, through encryption and hashes, part of the private key to the secondary wallet.

This allows for instant payments according to PayPal, addressing latency problem due to Bitcoin requiring around 10 minutes for one confirmation. Extremely similar to what the Lightning Network claims.

The patent hasn’t been granted as far as we are aware but seems to be under consideration, according to its published date earlier this month.

PayPal applied for the patent in August 30th, 2016, while the Lightning Network whitepaper was published in January 2016, so it is unclear if PayPal will receive the patent.

PayPal Co-Founder Peter Thiel has previously stated that “Bitcoin has great potential,” comparing the cryptocurrency to the “cyber equivalent of gold.”

PayPal’s market cap is currently $94.90 billion according to the NASDAQ stock exchange at the time of this report.