What Ohio’s Tax Gimmick Really Means for the Blockchain Industry 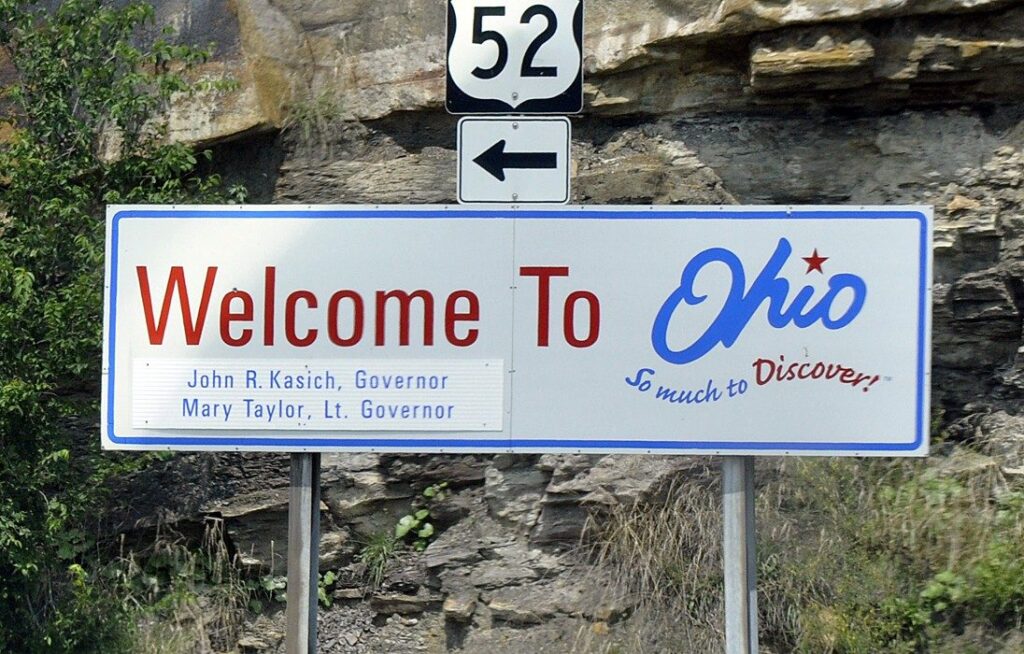 Quickly browsing the headlines on November 26, you might be forgiven for having thought some much-needed good news for Bitcoin had hit the wire. “Ohio Becomes First US State to Allow Taxes to be Paid in Bitcoin” was the headline at CoinDesk, echoed in many other media outlets. Even a quick look shows, however, that this was merely a feel-good piece of legislation that bundled a user-friendly cryptocurrency exchange that companies could have easily accessed on their own with electronic tax filing.

But when is a gimmick more than just a gimmick? Behind the tax announcement and a few other seemingly cosmetic measures, Ohio might be communicating something of substance to the nascent blockchain industry.

If a business is paid in bitcoins for a significant amount of its transactions, taxation in dollars exposes it to exchange rate risk. To see why, here’s a simple example.

Suppose a blockchain-oriented business was paid one bitcoin for a service rendered in July 2018, with a then-current exchange rate of $8,000. But when it’s time to pay taxes in the spring, Bitcoin has lost half of its value and trades at $4,000.

If the business owes taxes of 10 percent to Ohio, and Ohio really accepts taxes in Bitcoin, it will be left with 0.9 bitcoins from the July transaction. But if Ohio only accepts dollars for tax payments, then the business must sell 0.2 bitcoins to raise the $800 owed at the current exchange rate. The business is left with 0.8 bitcoins. Of course, had Bitcoin appreciated relative to the dollar, paying in dollars would benefit the business, and exchange rate risk embodies this uncertainty.

The trouble is that Ohio’s new tax policy doesn’t really accept bitcoins as payment. Businesses can go to OhioCrypto.com, enter how much tax they owe in dollars, and then sell bitcoins to BitPay, an exchange that is Ohio’s partner in the project. Since you only trade the bitcoins when it’s time to pay taxes, exchange rate risk is alive and well.

Businesses that transact in foreign currencies deal with this risk all the time, and one wouldn’t expect Ohio to hold large reserves of any currency but the dollar. The move therefore has no impact at all on blockchain startups’ tax bills.

The partnership with BitPay is far from the only cryptocurrency initiative undertaken by Ohio this year, which suggests something may be going on here beyond a cynical PR stunt. In August, the legislature officially recognized the validity of blockchain-based record keeping in industries such as health care, financial services, and supply-chain management. Earlier in the year, it updated laws to deal with cryptocurrency transfers as electronic payments.

The pro-blockchain drumbeat in Ohio may be significant more for signaling what the state won’t do than what it has done thus far. In 2015, New York created an onerous approval system for cryptocurrency exchanges and other service providers called BitLicense. Only five companies have obtained a BitLicense to date, with the fifth only being approved recently after a three-year process.

In the frenetic world of blockchain startups, a wait of three months, let alone three years, can be fatal. New Yorkers are still barred from using many major crypto exchanges, and a host of startups left the state subsequent to the BitLicense rollout.

Making direct promises about limiting regulation might expose Ohio officials politically, but the many hyped measures taken by the state can tacitly communicate to the industry that Ohio will be a friendly place to do business. State Treasurer Josh Mandel basically said as much after the tax announcement: “We really want to roll out the red carpet and welcome all sorts of blockchain companies to Ohio — not just in the cryptocurrency space but in a variety of different use cases.”

Regulatory uncertainty is one of the major risks facing the blockchain industry as it matures. Ohio’s courting of the industry throughout 2018 may have value beyond a handful of overblown headlines.

Sign up here to be notified of new articles from Max Gulker and AIER.

Max Gulker is an economist and writer who joined AIER in 2015. His research often focuses on free markets and technology, including blockchain and cryptocurrencies, the sharing economy, and internet commerce. He is a frequent speaker at industry conferences, especially on blockchain technology. Max’s research and writing also touch on other economic topics, including governance, competition, and small businesses.

What Will Spark the Next Big Uptrend in Cryptocurrency?