Independent cryptocurrency media personality Naomi Brockwell fumed, “Please stop using the word ‘seized.’ Bitcoin can’t be ‘seized,’” she chided legacy news outlet Reuters, “unless someone hands over their private key. If they don’t do that, you haven’t seized the funds, end of story.”

Other Bitcoiners piled on as well.

“German prosecutors have confiscated more than 50 million euros ($60 million) worth of bitcoin from a fraudster,” O’Donnell began. “There’s only one problem: they can’t unlock the money because he won’t give them the password.”

Obviously, nothing was confiscated except for the man himself.

Blogger Chris Bridgett laughed with Brockwell, “Yes but ‘Man keeps $60 million worth of bitcoin because of good password management’ does not a sensational headline make.”

Reuters goes on to reveal the man finished his two-year term of incarceration related to the crime, “maintaining his silence throughout while police made repeated failed efforts to crack the code to access more than 1,700 bitcoin.”

Authorities are extra frustrated, it would seem, by the price run-up of Bitcoin in the ensuing years, reaching highs above $35,000 per coin as of publication. Depending on the time of the arrest, Bitcoin in 2019 reached lows in the $3,000 range.

“Prosecutors have ensured the man cannot access the largesse, however,” Reuters reported.

Ecosystem veterans were often prompted by Reuters to recite the well-known mantra, Not your keys, not your Bitcoin.

The phrase came into popular focus somewhere around 2016-ish, if not before, due to a plethora of increasingly lucrative exchange hacks. Speculative exchanges had control of security keys if only to make trading easier. As a result, newer users often held the lion’s share of their coins on exchanges in order to take advantage of trading positions and price moves.

Coincidentally, in early 2019 a Proof of Keys Day was launched to commemorate Bitcoin’s ten year anniversary, encouraging crypto holders to understand risks associated with keeping significant amounts of crypto on sites such as exchanges. One wonders if the German baddie learned this increasingly valuable lesson as a result.

Reuters has, albeit unintentionally, offered another teachable moment in crypto security.

How To Generate Your Own Private Keys for Cryptocurrency Wallets 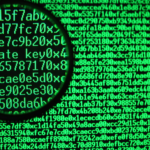