Nicolás Maduro’s mismanagement may have brought dark days for Venezuela, but there’s a Bitcoin-shaped light at the end of the tunnel.

Between hyperinflation, stalled oil operations, and deepening tensions with the United States, it is safe to say that Venezuela is in crisis and it is ordinary Venezuelans who are hurting the most.

Hyperinflation means that many Venezuelans are forced to use black-market dollars in order to purchase goods. However, there is hope on the horizon. Cryptocurrencies like Bitcoin could help Venezuelans break out of their government’s self-made crisis and thrive.

Crypto use in Venezuela has been driven by a catastrophic economic collapse. Since 2013 the value of the Venezuelan Bolivar has lost more than 200,000 percent in value compared to the US dollar. This has led to skyrocketing prices. This situation has been significantly worsened by tightening US sanctions and increased unemployment.

This has led to a surge in emigration and thus a surge in remittances sent back to the nation. Ecoanalítica estimated that in 2019 around $4 billion flowed back into Venezuela from abroad and that there were another $1.5 billion in withdrawals from foreign bank accounts. However, these remittances often lose a lot of value if sent using traditional means, and every dollar counts in a country experiencing shortages of just about every necessity.

Venezuelans Have Turned to Cryptocurrency to Survive

In the face of these troubles, Venezuelans have turned to Bitcoin and other cryptocurrencies. Unlike US dollars, Bitcoin (BTC) can be purchased digitally and directly by using Peer2Peer (P2P) exchanges. It is an asset that can be purchased anywhere in the world.

This has enabled Venezuelans to digitally convert remittances or foreign bank accounts into cryptocurrency. This has the advantage of being more stable than the local Bolivar. In fact, recently, the value of the major cryptocurrencies have been rising.

Venezuela is one of the most rapid adopters of cryptocurrency in the world. Typically, Venezuelans aren’t holding cryptocurrency as a long-term hedge against inflation. Instead, they are using it to buy food, medical supplies, and day-to-day purchases.

In order to accommodate this, merchants in Venezuela have started to directly accept BTC payments. A deal between Panamanian-based cryptocurrency exchange Cryptobuyer and Venezuelan payments processor Microsoft has created around 20,000 point-of-sale terminals in the South American nation.

However, even with these services, Bitcoin can be difficult to use and many Venezuelans have instead turned to custodial solutions like AirTM. This wallet allows Venezuelans to spend their Bitcoin within a network, making it easier to send and receive cryptocurrency.

This is particularly useful for freelancers and makes it easier for Venezuelans to make purchases abroad. Without Bitcoin and the private companies offering related services, it would be exceedingly difficult for many Venezuelans to function.

Cryptocurrency is a lifeline for many Venezuelans but it is a headache for Nicolás Maduro’s government. One of the key positives of Bitcoin is that it provides a way for citizens to engage in commerce and trade without government interference. This enables a black market to form outside of the government’s control, which could weaken its grip over the populace.

In order to combat this, the government has taken steps to create a nationalized cryptocurrency. The first attempt was to create the Petro in 2018. This coin was tied to Venezuelan oil and provided a state-approved alternative to other cryptocurrencies. The government eagerly pushed the cryptocurrency and made payments for passports and other government services in Petro mandatory.

Despite this backing, the Petro fell flat. Many were concerned about reports that the Venezuelan oil that supposedly backed the coin didn’t exist and that the true backer was the debt-ridden state oil operator PDVSA. Additionally, the Petro saw limited external support from Venezuela’s allies. Since Venezuelans were reluctant to adopt the cryptocurrency, the Petro is all but dead.

Venezuelan Government Gets Behind Crypto

However, the Venezuelan government hasn’t abandoned its cryptocurrency ambitions. It has realized that it can take advantage of the private nature of cryptocurrencies to circumvent international sanctions.

In September, Maduro announced that his government would begin using cryptocurrencies for domestic and international trade. It appears that the government plans to experiment with holding Bitcoin and Ethereum to help replace its static oil reserves.

On the back of this announcement, the Venezuelan government has introduced a new DeFi platform called BDVE that will supposedly allow Venezuelan citizens to swap ERC20 tokens in a noncustodial manner. However, many observers are skeptical about the government’s claims that it is decentralized, and the registration process requires users to reveal their identities.

Could Crypto Herald the End of Socialism in Venezuela?

Glasnost and Perestroika bought freedoms that eventually triggered the collapse of the Soviet Union. We could be witnessing the beginning of a similar phenomenon in Venezuela. It is entirely plausible that state-backed economic freedoms in the form of cryptocurrency will help weaken government control over its citizens and inadvertently usher in more libertarian economic policies by weakening the control of the state.

In any case, increased access to cryptocurrency can only be positive for Venezuelans. A more liquid and stable means of payment and transfer would go some distance to mitigating the disastrous decisions of the socialist government in the South American nation.

With some luck, decentralized currencies could help to break down the grip of the state and let Venezuelans finally breathe free.

Why Buy Crypto When You Can EARN It? FREE GUIDE HERE 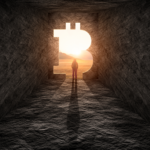