The BONKz NFTs, which have sold out, have experienced a price increase of 10 times their original mint price, however, the value of the BONK token is still crashing. 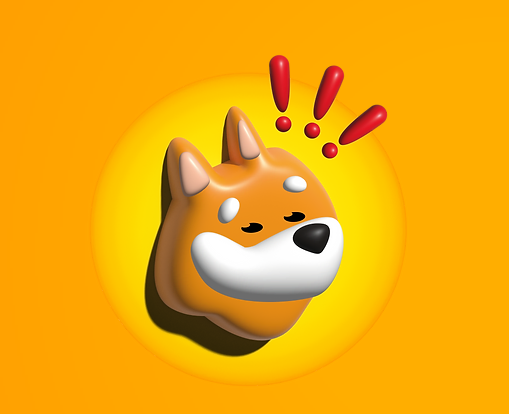 Bonk is a Solana-based “dog coin” that was created for and by the community, with 50% of its total supply distributed to Solana’s community members through an airdrop. The creators of Bonk wanted to create a fun, meme-inspired coin with fair and non-toxic tokenomics in contrast to other projects.

The fervor surrounding BONK persists within the Solana community, as a series of NFTs inspired by the canine-centric meme token were released, snatched up promptly and are now being traded at a premium of tenfold their initial sale price. Interestingly, despite this frenzied demand for BONK-related collectibles, the value of the BONK token, which is built on Solana blockchain, is still on a downward trajectory, plummeting by 69% from its all-time high.

This morning, the highly-anticipated BONKz NFT collection was unveiled to the public, the product of a creative partnership between the masterminds behind the BONK token and the Solana ecosystem.

These tokenized profile pictures (PFPs) were made available on the Magic Eden marketplace and within a few hours, all 15,000 of the BONKz NFTs were scooped up by eager collectors, demonstrating the immense demand for this latest addition to the BONK universe.

The BONKz NFTs, upon their initial release, were priced at a relatively modest 16.25 million BONK each, translating to a mere $26 at the time of sale. However, on the secondary market, these NFTs have seen a staggering increase in value. Presently, the floor price on Magic Eden, the marketplace they were released, is 17 SOL, which is equivalent to an eye-popping $280, revealing the extent of the demand for these highly sought-after digital collectibles.

This meteoric rise in value has resulted in the project amassing a staggering $913,000 worth of trading activity in SOL, showcasing the sheer magnitude of success for the project.

The BONKz project boasts a diverse array of artistic talents, such as contributions from Solana’s creative studio OMNI (The Fracture) and internationally acclaimed artists like John Lê and Degen Poet.

As a part of the project’s commitment to reducing the overall token supply, the creators of BONKz decided to burn all 165 billion BONK, which amounts to a staggering $255,000, that was used for minting these NFTs; effectively rendering them permanently out of circulation.

Despite the buzz and frenzied demand that surrounded the launch of the BONKz NFT project, and its subsequent skyrocketing value on the secondary market, the underlying BONK token, unfortunately, has not shared in the same fortunes. According to CoinGecko, the token is down almost 4% on the day and have seen some fluctuations in the past 24 hours, with the current trading price for BONK is $0.00000151.

The BONK token, with similarities to Dogecoin and the Ethereum-based Shiba Inu (SHIB), has seen a dramatic drop of 69% from its recent peak at $0.00000487 on January 5th.

Despite this setback, the token’s value has still managed to soar 86% in the past week alone, showcasing the highly dynamic nature of its market performance.

BONK was launched in December and trillions of tokens were distributed to members of the Solana community through an airdrop. This inclusive distribution strategy targeted decentralized app developers, NFT project creators, artists, and holders of various NFT collections. The airdrop began on December 25th, cementing BONK as a true community-driven project.

The BONK token has undergone a tumultuous journey in recent weeks, experiencing numerous ups and downs. But, it seems to have brought renewed attention to the Solana ecosystem. The growing interest in BONK trading and its increased adoption by various apps and services has caused a ripple effect.

As a result, the price of SOL, the native token of Solana blockchain has doubled from its lowest point of nearly $8 in the end of 2022. The story of BONK is not just about one token’s journey, but how it is inspiring growth and renewed interest in the entire ecosystem.